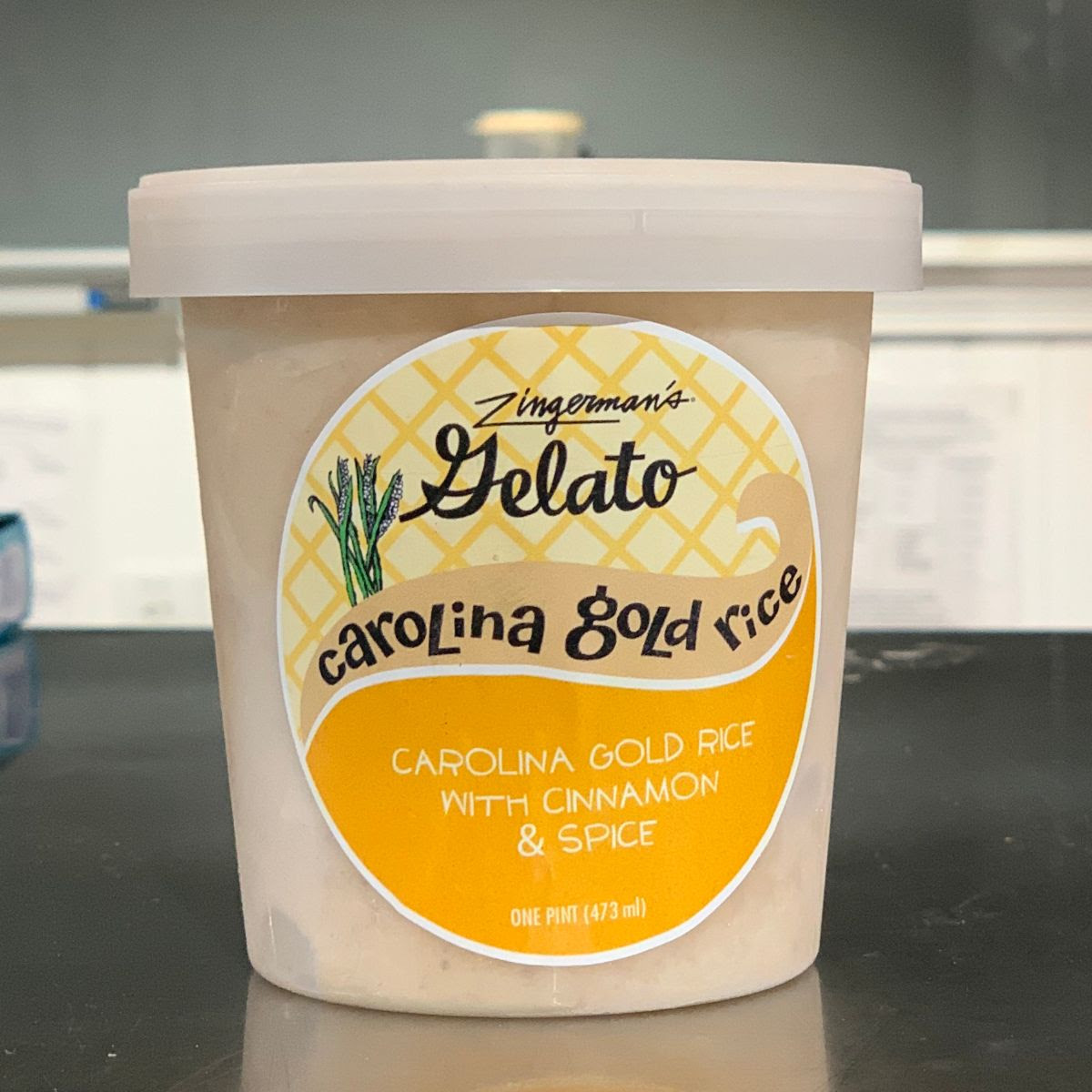 An Italian classic with an American twist

While it may sound strange to American ears, one of the most popular varieties of gelato in Italy is riso. That’s right—just what it sounds like. Rice gelato. (If you’re in Florence, try the riso at the classic gelateria of Vivoli. (For more on where to eat gelato in Italy see my friend Elizabeth Minchilli’s website and apps.) It’s not quite as strange as you might imagine, though—think rice pudding in frozen form!

Riso made with American heirloom rice.

In Italy riso gelato is generally made with the marvelous short-grain Italian rices that you may know, like Arborio or Carnaroli. The crew at the Creamery had the creative idea to make it with the Carolina Gold rice we get from Anson Mills in South Carolina and use so much of at the Roadhouse. This is the rice that put South Carolina on the culinary map—the rice most likely originated in Africa and was farmed primarily by enslaved people in the 18th and first half of the 19th century. Without free labor to work the fields of this low-yield, high flavor heirloom, it fell out of favor with more modern farmers and by 1920 it was completely out of production. Fortunately, seeds were found in a seed bank and folks like Glenn Roberts at Anson Mills grew determined to get it going again. It’s an exceptionally delicious rice—it was once regularly shipped to the royal courts in Europe. What we get from Anson Mills is grown organically, field-ripened (to bring out all the plant’s natural sugars), fresh milled and shipped to us with the germ (oil) intact. You can try it every day at the Roadhouse, and we sell it by the pound from the freezer case (with the germ left in it’s a perishable product).

How we make rice gelato at Zingerman’s.

To make the gelato, the Creamery crew cook the rice, add cinnamon, cardamom, nutmeg, vanilla powder, a bit of salt, and some burnt sugar syrup. In essence, it turns into a terrific holiday rice pudding in the form of gelato. Serve it up on its own. Bob Bennett at the Roadhouse turned into a sundae with cardamom-scented bits of fried biscuit on top. Scoop some on top of a slice of the Bakehouse’s Gingerbead Cake for the ultimate treat!

Available at the Cream Top Shop and the Roadhouse. We also ship gelato to every state in the Union!

← Previous: Rice and African American Culture Next: Host Thanksgiving Like A Boss →