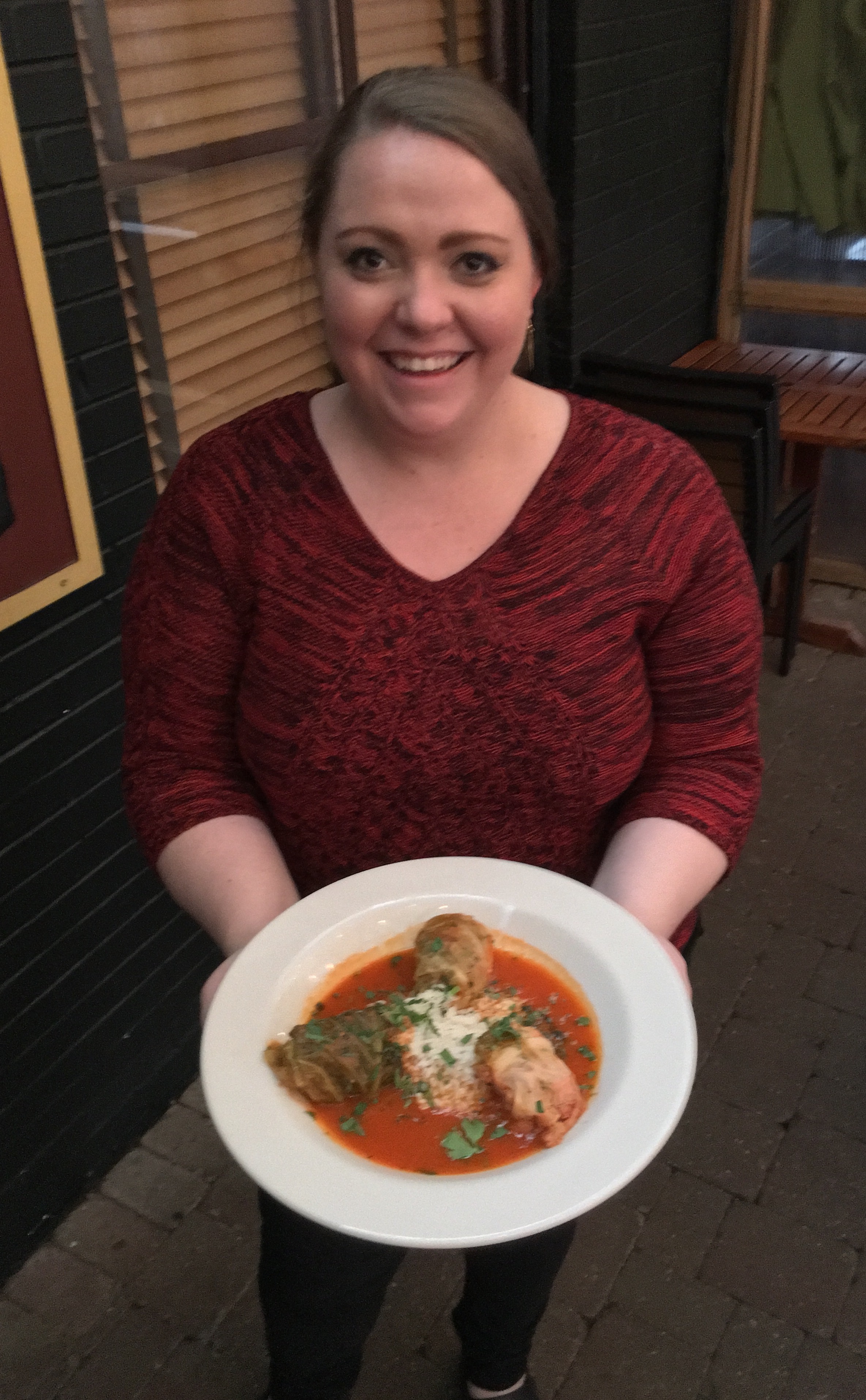 Food is a gift, no matter what package it comes in. There is really nothing like unwrapping or cutting into something carefully prepared with love, knowing that the first bite is going to be a present to yourself. For many, those bites that tell a story are the biggest gifts of all. While the Roadhouse enjoys learning about foodways in general, there is no greater sense of accomplishment than connecting our friends to a family story behind the food that can elicit a memory. Often we seek out these stories as they reach out to us over time and place. Michigan alone is a trove of food treasures that have been passed down from immigrants, and each recipe provides a taste of shared heritage. This past week, our very own Kayla Donnelly, a supervisor at the Roadhouse, brought her family tradition to our menu in the form of Polish cabbage rolls.

A Brief History of the Unsung Hero

Stuffed cabbage rolls, no matter where they originate, are truly a foodways legacy. It is no coincidence that they are a Christmas ritual in nearly any country where they are prepared, and that they are steeped in family tradition as much as they are in their sauce. There are quite a variety of cabbage roll recipes out there, with different countries producing their own version that may have evolved over time. Each method conventionally calls for some form of grain or starch, meat, sauce and leafy wrapping. Eastern European and Mediterranean countries offer up this comfort dish in a multitude of ways, although there is great overlap where there was once influence. Interestingly enough, dolmas, a Mediterranean form that uses grape leaves, were introduced to Sweden when the Ottoman Empire held political sway over Charles the XII in the early 1700s. The Swedish recipe now uses cabbage leaves as an approachable and affordable substitute. With all of the cabbage roll techniques floating around out there, Poland is indeed credited with the original. Due to the heartiness of this dish, it is believed that the rolls fed to Polish soldiers before the Thirteen Years’ War (1454-1466) played a significant part in their triumph.

Called gołąbki (pronounced GA-WHOMP-KEE), the Polish rolls nurture one’s soul by bringing family together. The name translates to “little pigeon”, referring only to the size and shape of the dumpling, not to anything on the ingredient list. Historically, gołąbki were made with buckwheat and potatoes. The scrumptious dish evolved over time into a recipe including cabbage leaves and minced meat with rice. Once the cabbage leaves are softened, they are used to wrap a mixture of the ground meat, rice and seasoning. They are then baked to savory perfection and smothered in a glistening tomato sauce. Each bite bestows flavor and warmth. The softened cabbage leaves packed with the spiced mixture soak up the tangy sauce, and one is whisked away to a Polish grandmother’s kitchen with every forkful. At Zingerman’s we believe in the freshness and quality of ingredients, and Kayla’s family recipe was originally carried out in the freshest way possible: with a family farm.

Kayla’s grandmother, the daughter of Polish immigrants, grew up in Jackson, MI in a three bedroom house with eight sisters and one brother. Her aunt lived just down the road with cows and pigs on her farm, and when the animals were butchered, the meat was used to make the gołąbki. The ritual of making them always involved a large group of people, each family member contributing to a task, not one role more important than the others. The first time the Cielen clan made gołąbki in Jackson, the group included twenty people. Kayla’s family, including her grandmother, continue to make them today for Christmas and many other holidays. Their tradition now includes drinking Bloody Marys and playing poker. While it is typically family only, anyone who is invited may join in on the fun. For Kayla’s high school graduation, all she wanted were her grandmother’s gołąbki. An exception was made to allow for her favorite dish, and Kayla’s friends were invited over to participate in the custom. Kayla’s grandmother recently teamed up with her Polish church’s Rosary Society to make 3200 of the rolls for Super Bowl Sunday. As tasty as they are, trying to find an excuse to celebrate with gołąbki would not be difficult. Each roll is truly a flavorful offering of love waiting to be unwrapped.

Zingerman’s Roadhouse Gołąbki (as inspired by the Cielen family) 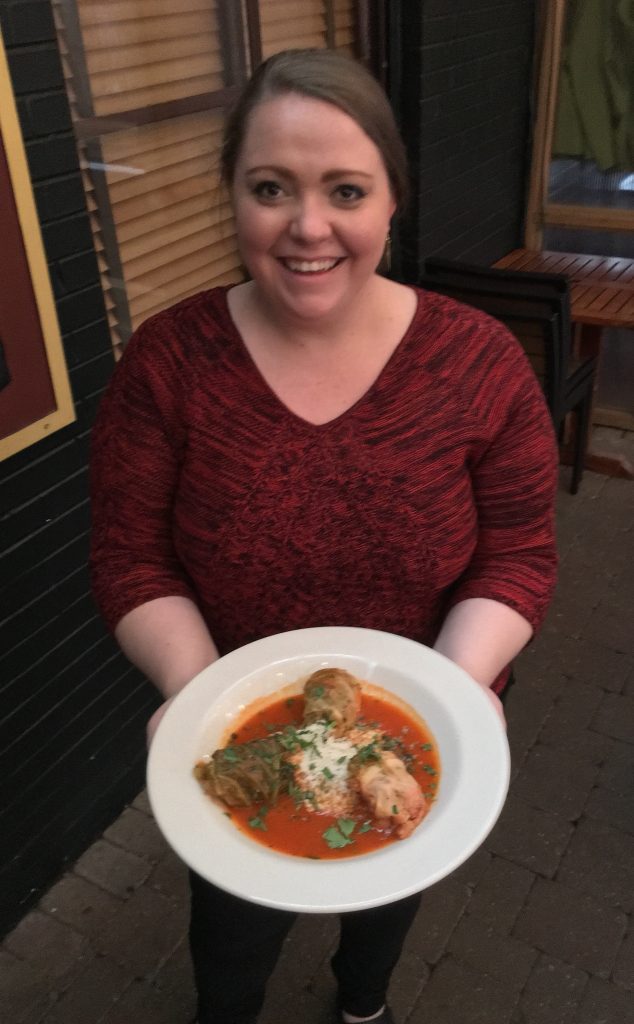