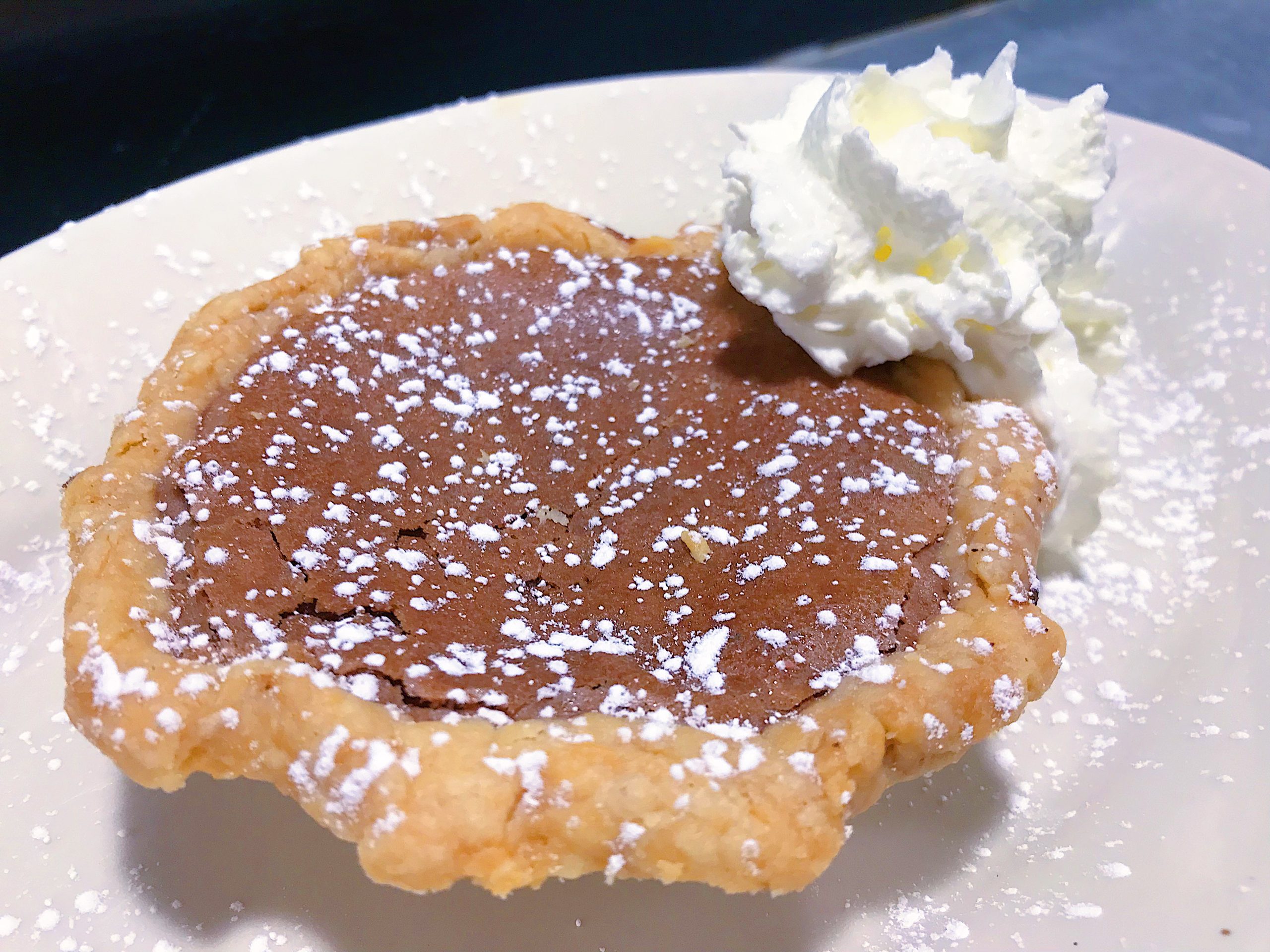 Did you know that Zingerman’s Bakehouse created a recipe based on a Southern favorite just for the Roadhouse? Many years ago, when the Roadhouse first opened, chess pie was added to our menu. The classic American dessert has continued to hold a special place seasonally on our dessert menu and in our hearts ever since.

So what exactly is chess pie? We know it is traditionally a baked custard pie that migrated from England to New England, and it can be made in a variety of flavors. At the Roadhouse, we feature chocolate and occasionally lemon from the Bakehouse.

A pie by any other name…

The name is what tends to throw people off. When I was growing up, I was convinced that it had something to do with the game of chess. Apparently, we can check that idea off as not likely. While the origin of the name is not exactly clear, there are stories that are considered more plausible.

One idea is that the pie was typically stored in a pie chest, so it was referred to as “chest pie”, and over time the name may have evolved to “chess”.

Another thought has more to do with the simplistic nature of this pie. While the flavor is richly layered, the ingredients are quite simple: sugar, flour, eggs, and butter. Some folks think that the pie was referred to as “just pie”, but when pronounced with a Southern accent, the name sounded similar to “jes’” or “chess”.

Not jes’ your everyday pie. 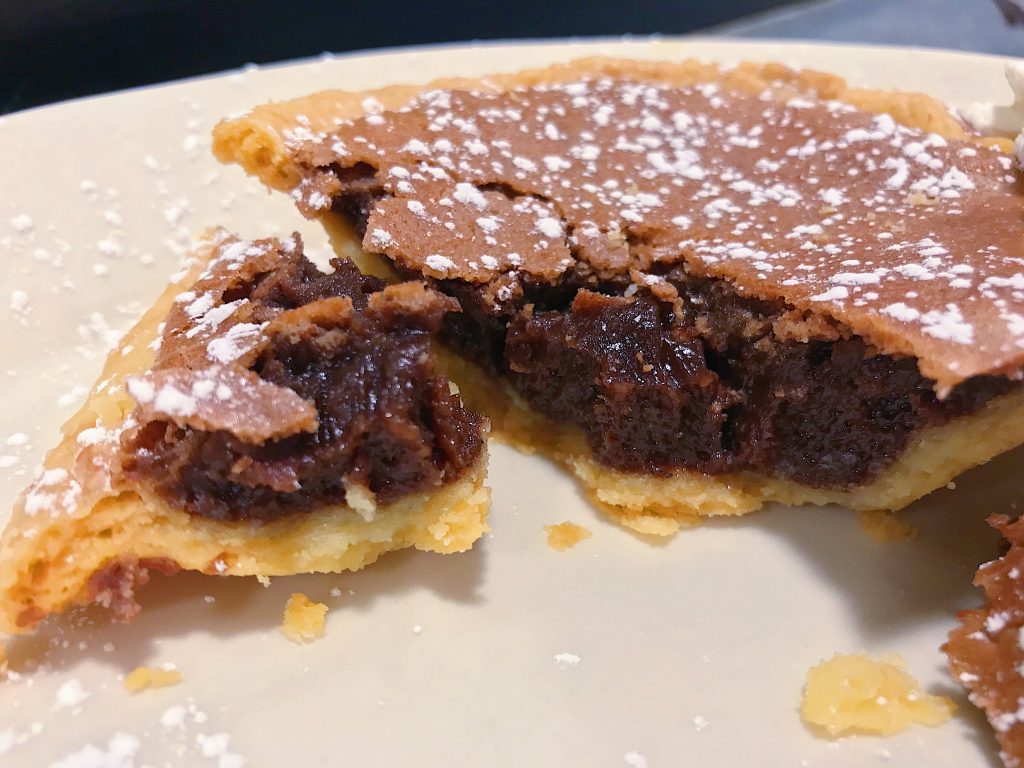 Chess pie is generally smooth and creamy in the center. The Bakehouse uses a special dark chocolate from Mindo in Dexter, MI, which makes quality chocolate from cocoa beans in Ecuador. The result is a rich, velvety texture with a deep cocoa flavor. With the flakey, all-butter crust, each bite is simply decadent. In the new Zingerman’s Bakehouse Cookbook, Amy Emberling and Frank Carollo call it “flourless chocolate cake in a pie crust.” Oh my. 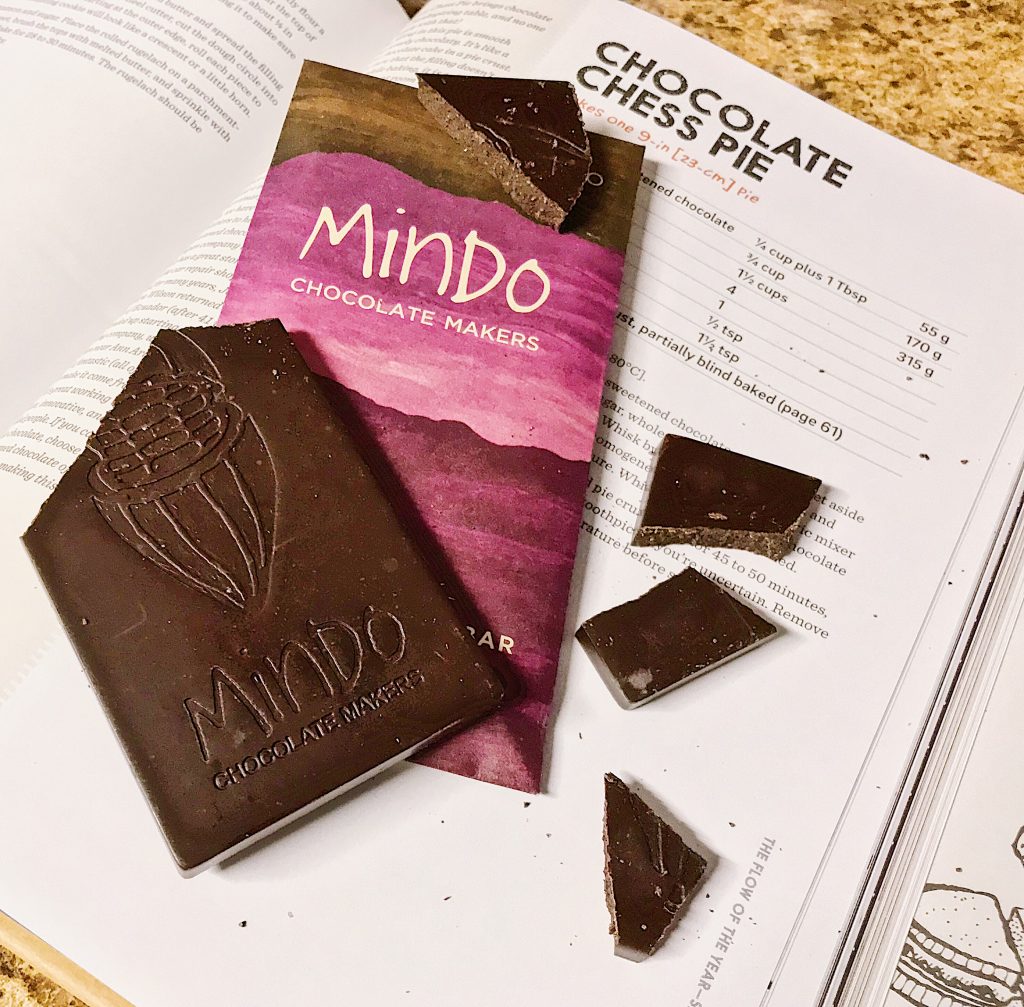 The recipe is indeed in the Bakehouse Cookbook, which we have for sale at the Roadhouse. Our chocolate chess is a favorite for the holidays, and we sell whole pies of it every year for Thanksgiving. Looking to treat yourself after a full day of holiday planning and shopping? Stop in at the Roadhouse for a mini personal pie! Topped with our housemade, real whipped cream, this little pie will offer up big flavors!

← Previous: Limeade: The Roadhouse has a New Squeeze Next: Potlikker Fish Stew at the Roadhouse →