Benedict on a Biscuit 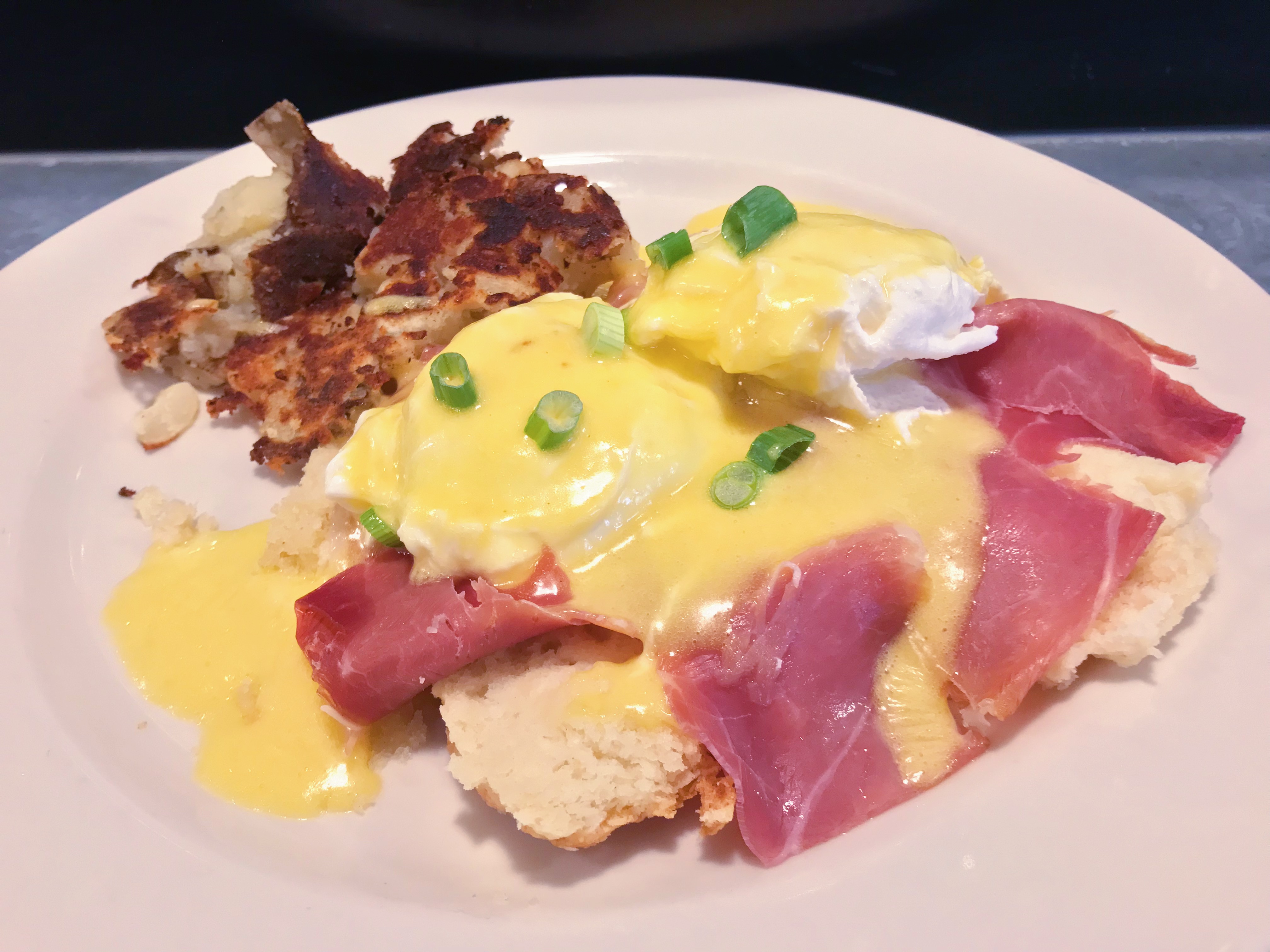 Great way to start your weekend morning at the Roadhouse 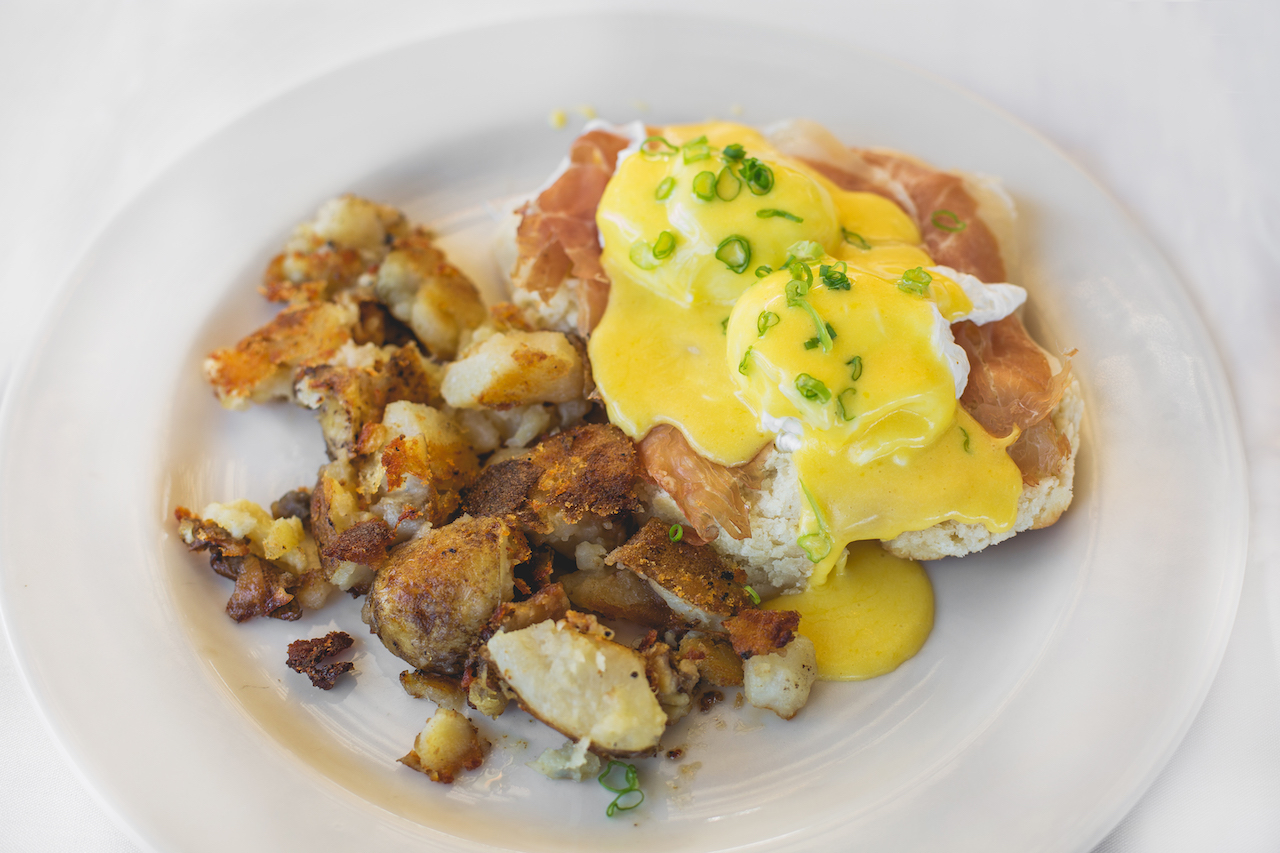 We’ve long had a very good Eggs Benedict for breakfast or brunch on the weekends. But a few months back, the Roadhouse crew took it up a notch by shifting it to a base of house-made Roadhouse buttermilk biscuits. The biscuits are so good, so tender, so rich, so tasty that they make pretty much anything you put on them terrific. In this case it’s thin slices of Nancy Newsom’s fifteen-month old (at this time of year), hickory-smoked country ham from Kentucky, freshly poached eggs and a Hollandaise sauce made from scratch. All setting atop that really tender biscuit. Rich and delicious would be a severe understatement. Come by one morning and check it out for yourself!

In case you’re curious—I was—about where Eggs Benedict came from, the quick answer is, no one seems to really know. There are a series of conflicting origin stories, most all of which though go back to New York City sometime between the middle of the 19th century and the middle of the 20th.

I should say that Newsom’s ham alone is amazing—Nancy is one of the only woman ham curers in the country, and one of the only curers who still works only with the traditional seasonal hog slaughter in winter, and ages her hams only with ambient natural temperatures. Her small, artisan, third generation ham curing business is down in Kentucky’s southwest, in the tiny town of Princeton. Nancy came up to speak at Camp Bacon a few years ago, and I started thinking of her as “the Lucinda Williams of country ham”. A powerful, poetic, strong woman who’s a leader in her field, making a product that, once experienced, you’ll have a hard time getting it out of your mind. Same goes for this dish. Once you have it for breakfast the odds are high that you’ll be back for more. And, by the way, if you just want to take home a few slices of the ham, the Deli has it in stock on the cured meat counter.

If all of that isn’t enough to entice you, Metro Times readers just voted the Roadhouse breakfast and brunch as the best in town!

Check out the brunch menu!