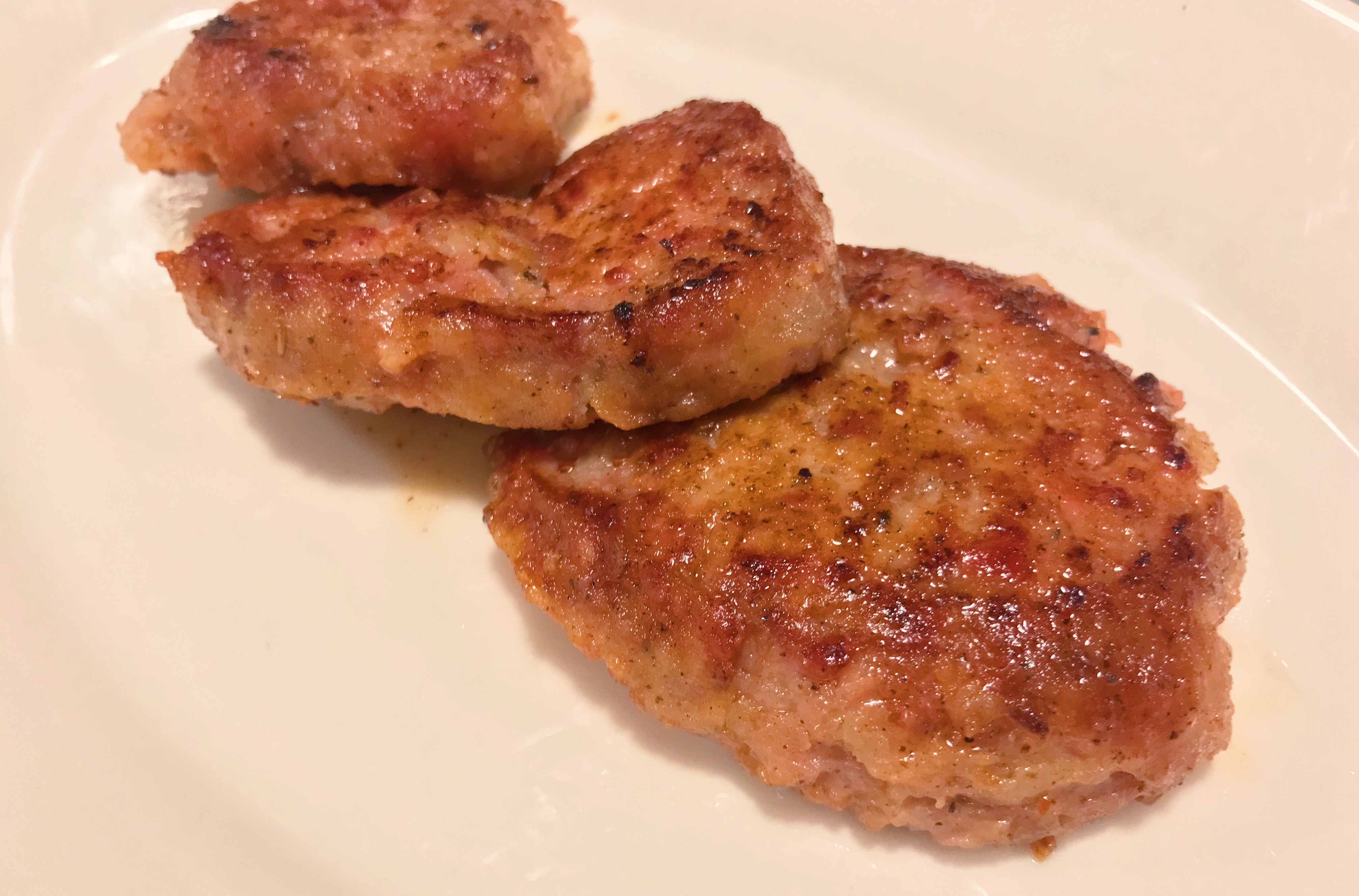 With Camp Bacon only a few weeks away, I have pork on my mind! Ronnie and Beth Drennan of Broadbent Country Hams won’t be there this year, but they did drive up from Kentucky to speak a few years ago. I love their dry-cured, hickory-smoked bacon and long-cured country ham—and we have their terrific smoked sausage at the Deli and Roadhouse pretty much every day! It’s been one of the surprise hits of the ZCoB culinary crowd over the last 10 or 12 years—it has a lot of loyal fans around here!

The Broadbent is a very interesting style of sausage-making that, as far as I know, is unique to Southwestern Kentucky (Cadiz, Kentucky, to be specific). The Drennans grew up in the area and bought the company from Smith Broadbent, III. The sausage recipe was developed by his grandmother, Anna “Grandma” Broadbent, who started selling it back in 1909. They mix a batch of fresh pork, about two-thirds lean pork trimmings, and one-third fat pork trimmings with seasonings (including sage and red pepper). After they grind that, they let it set in the cooler overnight, taking it out, regrinding it, and stuffing it into cloth bags, which are hung to air dry and cure for a week or so (no one knows exactly what this step contributes to the final product, but it’s what Grandma Broadbent did, so they still do it today). Finally, it’s smoked over green hickory for 24 hours.

Why cloth? The late writer and historian John Edgerton had a theory about that: “Sausage had special appeal because it could be eaten fresh or smoked, mild or spiced with seasonings, such as sage and pepper. But how to store it? At the time there was no such thing as plastic, and paper was too fragile. What about cloth? Muslin? It was the cheapest and most common material for making clothing and also made good sacks that ‘breathed’ air and ‘sweated’ grease.”

Ronnie Drennan says he usually eats it for breakfast with eggs and biscuits. Corinna, a Zingerman’s alum now living in upstate New York, uses it instead of chorizo in omelets, or like lard. “I want to cook French toast in it,” she said. It’s great on the buttermilk biscuits at the Roadhouse. Or just fry it up—your kitchen will smell great and your taste buds will be happily tickled!

Check out our breakfast menu!

← Previous: Why We Love Shawn Askinosie Next: Lemon Cloud Gelato Sandwiches at the Roadhouse →