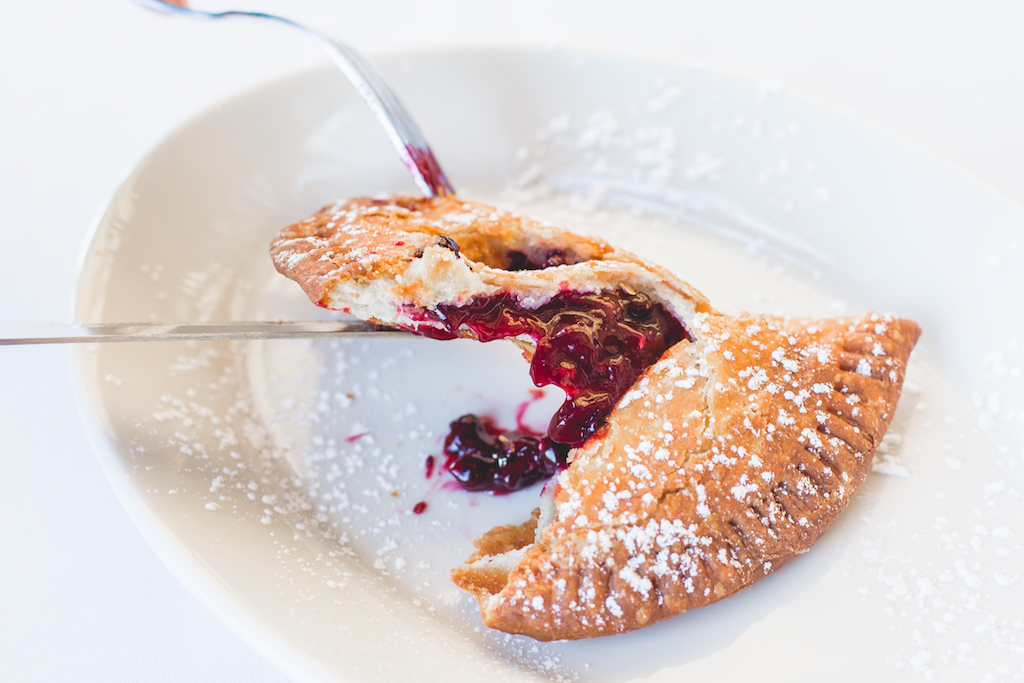 If I could pick one thing from another Zingerman’s business to eat for the rest of my life, it would be the Nashville Fried Pie we get in from Zingerman’s Bakehouse. The first time I ever tried one, I made up a little dance to go with it. Yep, it’s that good. Warm, buttery, flaky crust, luscious fruit spilling out into pools of melting vanilla Creamery Gelato… Oh. Em. Gee. Any pie from the Bakehouse is amazing, but these are super special because they are a hand pie instead of a slice from a bigger pie. A perfectly crimped little package, they are great for carrying to work, to school, or to hold while dancing in sheer glee over their deliciousness.

The legend lives on.

They are a long-standing tradition in the South, where historically they were known as “Crab Lanterns”. Made from crab apples, the pastries were cut with slits for ventilation, so they looked much like a lantern. There are many variations, of course, but ours are inspired by E.W. Mayo, who was known for the “world’s best” fried pie at his former restaurant in Nashville, Mayo’s Mahalia Jackson Chicken & Fried Pies. The dough was carefully cut around a saucer then folded over into a half-moon, each pie a work of love. People lined up out the door of Mayo’s restaurant to buy the apple, sweet potato, or peach. They were made by his momma, and he learned the recipe from her and had been making them since he was in high school. I love this video from Southern Foodways Alliance about Mayo, because you can see the process from start to finish:

At the Bakehouse, they are made with the same all-butter crust they use for their whole pies, and the filling varies by season. Cherry, apple, jumbleberry… They are all amazing, whether they are hot out of the fryer or cooled to room temperature. They’ve become become quite popular on our dessert menu, and we encourage you to come try them for yourself!

Check out our dessert menu for the current flavor!

← Previous: Southwestern Tsimmes from Joan Nathan Next: Cal-Fiorentina Steak at the Roadhouse →