Sea Scallops at the Roadhouse 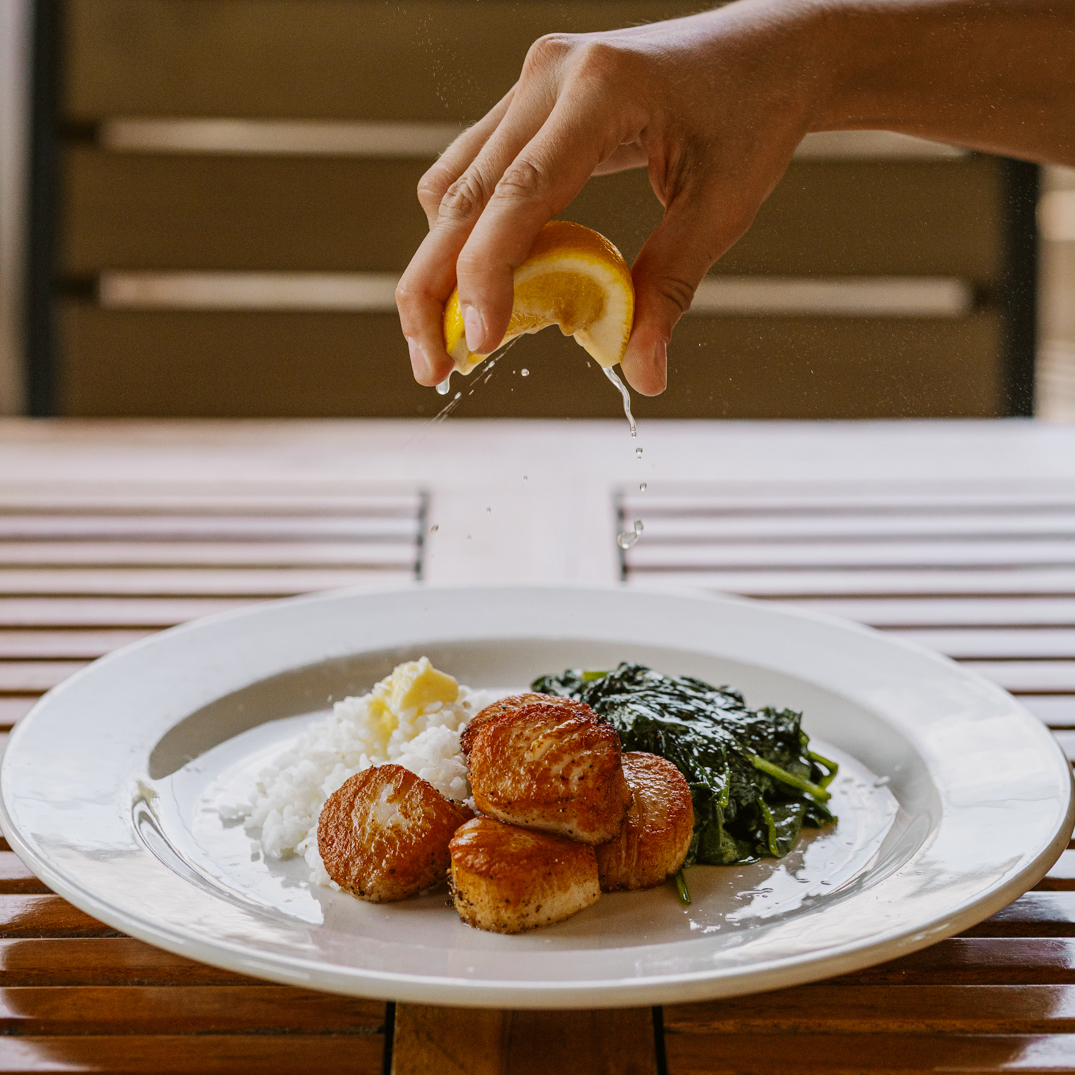 You really can taste the difference!

One of the most regular customer comments I regularly hear at the Roadhouse is how good the sea scallops are. Nearly every night someone will comment on how much better they taste than scallops they’ve experienced elsewhere. In part, this is a tribute to the skills of the sauté cooks on the line. But it’s probably just as much about the quality of the scallops we buy, which, as you’ll have guessed, we get from our friends at Foley Fish in Boston. The Foley folks have been at this since 1920 and they have consistently supplied us (and others, like Monahan’s in Kerrytown) for years.

One of the big, if little-discussed, “secrets” to scallop quality is that most commercial versions these days are chemically treated to help them retain—in some cases even gain—moisture. Much as “water-added ham” has become the commercial norm (reducing costs, prices, and flavor across the board), so too, treated scallops are what most people have been served. By contrast, we only offer what are known in the trade as “dry-pack” scallops—no treating allowed. And we work with the Foley’s folks to take in only the top of the catch—the freshest scallops we can get. There is a huge difference, which would explain why we’ve developed so many loyal fans for these over the years. We have a lot of folks who order them almost every time they come in. Our longtime rep from Foley’s, Bill Gerencer, came out a few weeks ago and did a tasting for the staff where we tried the Foley “dry pack” scallops against something that’s being sold by others on the market as “all natural scallops.” The difference was drastic! It was amazing how much better the Foley’s scallops were. The staff kept quietly going back for more of the Foley’s offerings, while half of the alternate version was left on the plate at the end of the meeting.

While you can order scallops at the Roadhouse any way you like, personally I go for them done in a hot sauté pan, so the outside gets seared and slightly caramelized and the inside stays nice and tender and sweetly succulent with a taste of the sea. I’ll share what I learned from Cap’n Phil Schwind, author of a 30-something-year-old little cookbook called Clam Shack Cookery. I never met Cap’n Phil but according the book intro he’s been called, “the fisherman’s fisherman, the cook’s cook, and Cape Cod’s champion storyteller.” He turned me on to what is a great way to prepare scallops, one that we will happily make for you if you ask. The “proper” way, he wrote, to prepare scallops is to cook them in hot bacon fat, then sprinkle crisp bits of bacon over top. He says you should accompany that dish with, “. . . hot, black coffee so strong you dare not stir it for fear it will take the plating off the spoon.” I’m not convinced that our coffee is at that level of intensity, though I suspect that, not eating them as he did right on the boat, you might actually opt for a nice glass of wine instead.