Treat Yourself to a Brownie Sundae at the Roadhouse 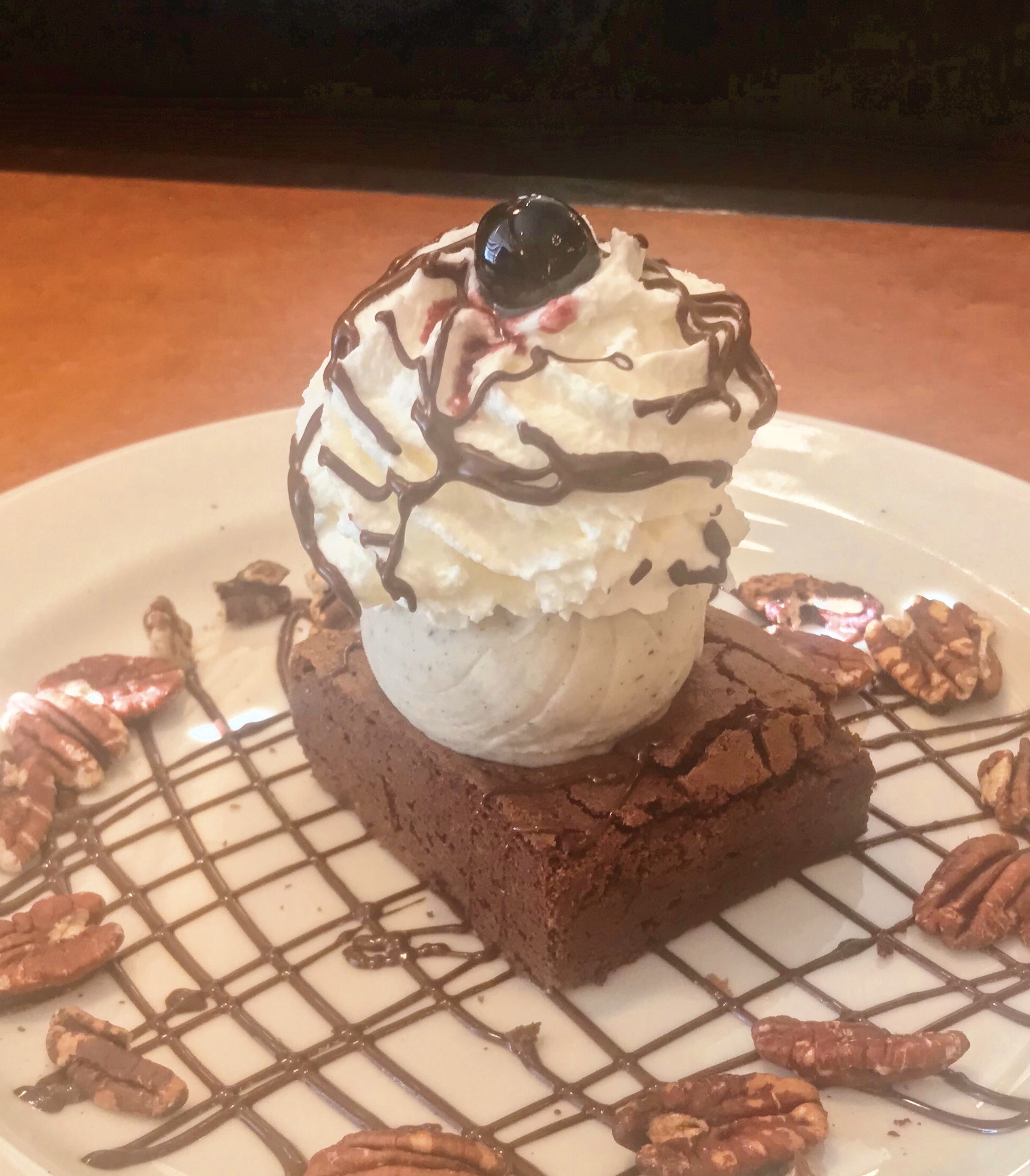 The best dessert ever?

Even though I know better, it’s still so easy to take the things that attain excellence every day for granted. Like the Brownie Sundae at the Roadhouse. We’ve been serving it pretty much every day for 16 years. But that changed last week when two different, unrelated customers told something along the lines of, “Wow! This is the best dessert I’ve ever had in my life!” At first, I thought they might be joking, but I asked—it was not said in jest. Both insisted that they were intently serious—it was the best dessert they’d ever eaten.

(The Roadhouse, by the way, just had its Sweet Sixteen anniversary last weekend. Which means . . . since we’re closed at the Roadhouse 3 days a year, that’s 362 days of brownie sundaes per annum for 16 years . . . which my calculator says adds up 5792. Take out the 12 days that we were closed to redo the kitchen floor and you get 5780. Which happens to be the number of the new Jewish year that will be starting with Rosh Hashanah on Sunday Sept. 29! The Jewish website Sheerah Ministries says the year 5780 is “a year for vision declaring.” Which is convenient since a: we’re working to finish our new 2032 vision for the Zingerman’s community, and b: ZingTrain’s Creating a Vision of Greatness seminar is coming up next week! If you want to get ahead of the game, there are still some seats for the Pre-Rosh Hashanah Joan Nathan dinner at the Roadhouse on Monday, September 23rd.)

How it all adds up to be a special dessert.

What makes the Brownie Sundae so special? Great ingredients that come together in a terrific, back to basics, flavor combination. One of those now-classic Black Magic Brownies we’ve been making at the Bakehouse for decades. Vanilla gelato from the Creamery. Chocolate sauce made at the Roadhouse using Shawn Askinosie’s dark chocolate. Toasted pecans. Whipped cream. A real Maraschino cherry. The finished flavors . . . chocolatey, sweet, subtly bitter from the dark chocolate, buttery from the brownie, the fluffy milkiness of the whipped cream, the tart sweetness of the cherry . . . . it’s a serious symphony of flavors that I’ve realized over the years appeals just as much to eight-year-olds as eighty-year-olds. Swing by and treat yourself to a Brownie Sundae soon!