Caraquet Oysters at the Roadhouse 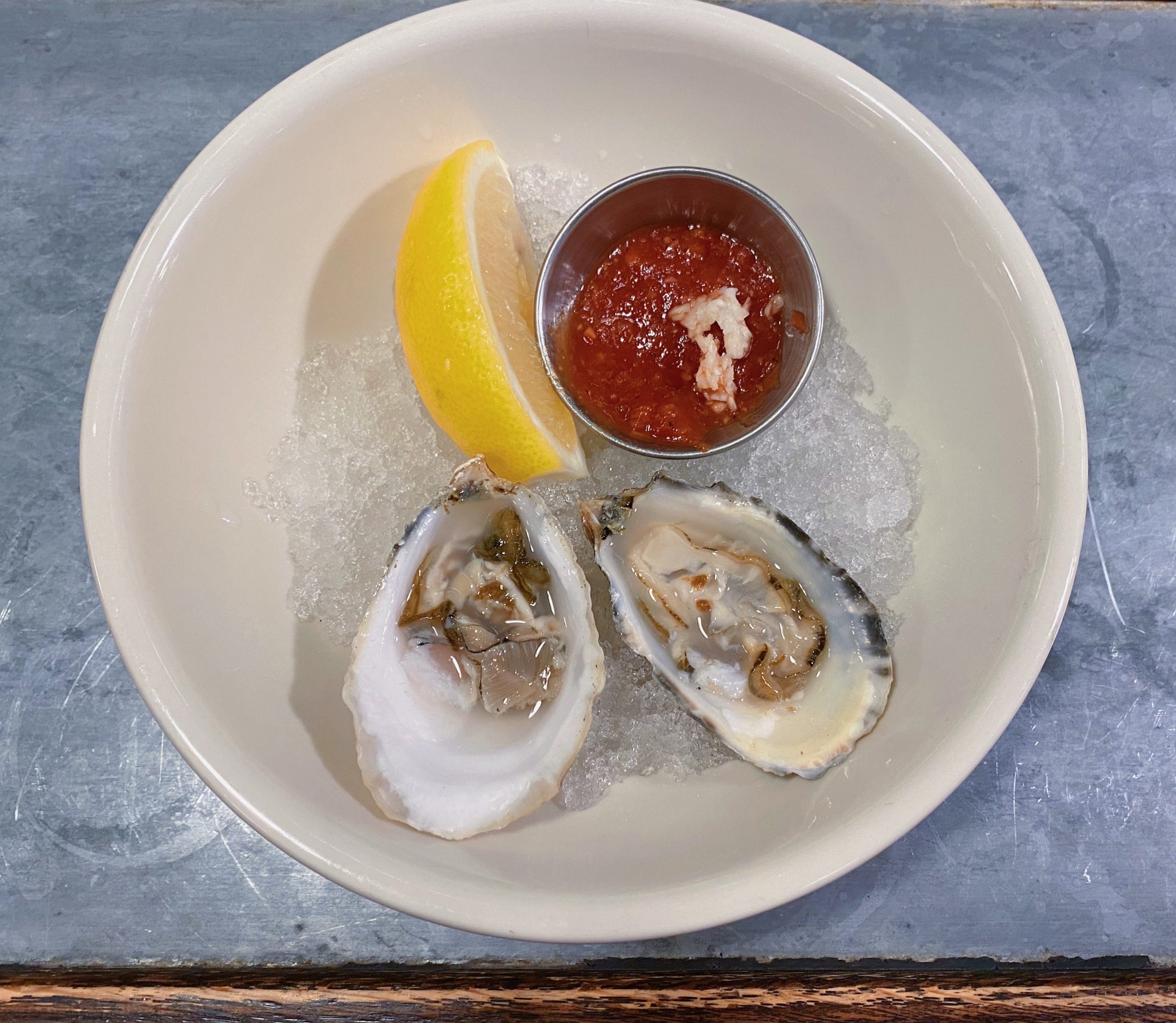 We open many thousands of oysters at the Roadhouse each year! You can see the empty shells mounded up out front! But in all our 16 ½ years, I don’t remember seeing these little beauties from New Brunswick in house! I’m glad they’re here. Mild, delicate, with an almost crab-meat-like-sweetness, and a marvelous melony finish, the Caraquets are pretty darned tasty! Balance them out by ordering some of the brinier, saltier Malpeques from Prince Edward Island and you’ll have a great Canadian Maritime start to your meal!

The history of Caraquet.

Caraquet is a small town in northern New Brunswick, on the southern shore of Caraquet Bay on the Acadian Peninsula. The native peoples of the region, the Mi’kmaq, have many thousands of years of history in the region. The European takeover of the land and the founding of the town of Caraquet dates to 1760 when a small group of French seamen were stranded there. The town was named for the Bay which may have derived its name from either the Mi’kmaq term for the meeting of two rivers, or a French nautical term, caraque, meaning “carrack,” or “large galleon,” related, too, I would imagine to the Irish currach. It’s been a fishing town throughout and still has an active port, fishing fleet, and a series of seafood packing plants.

The Acadian influence in Caraquet.

To this day the Acadian influence in the town is strong. It’s home to an Acadian Museum and reconstructed Acadian Historical Village. Caraquet also has a big Acadian music festival every summer. This year’s festival will be held August 5-15 and will feature the terrific band Salebarbes. You’ll immediately catch the Cajun connection—when you listen to their music, the likes of which Caraquet oystermen have been listening to or playing for centuries, you could easily imagine yourself on the Louisiana Bayou. (I know New Brunswick in part for the musical contribution of Julie Doiron, who grew up in Moncton, about three hours’ drive south of Caraquet. I’ve been listening to her music for years!).

How to enjoy oysters at the Roadhouse.

Drop by the Roadhouse any time of the day to enjoy some oysters, and maybe add a glass of sparkling wine to go with them. Know someone who’s never eaten an oyster? Bring them by to have their first, and then make the day of their “initiation” into their Oysterversary. Come by the Roadhouse for the delicious details. It’s well worth it!

Make a reservation with us!