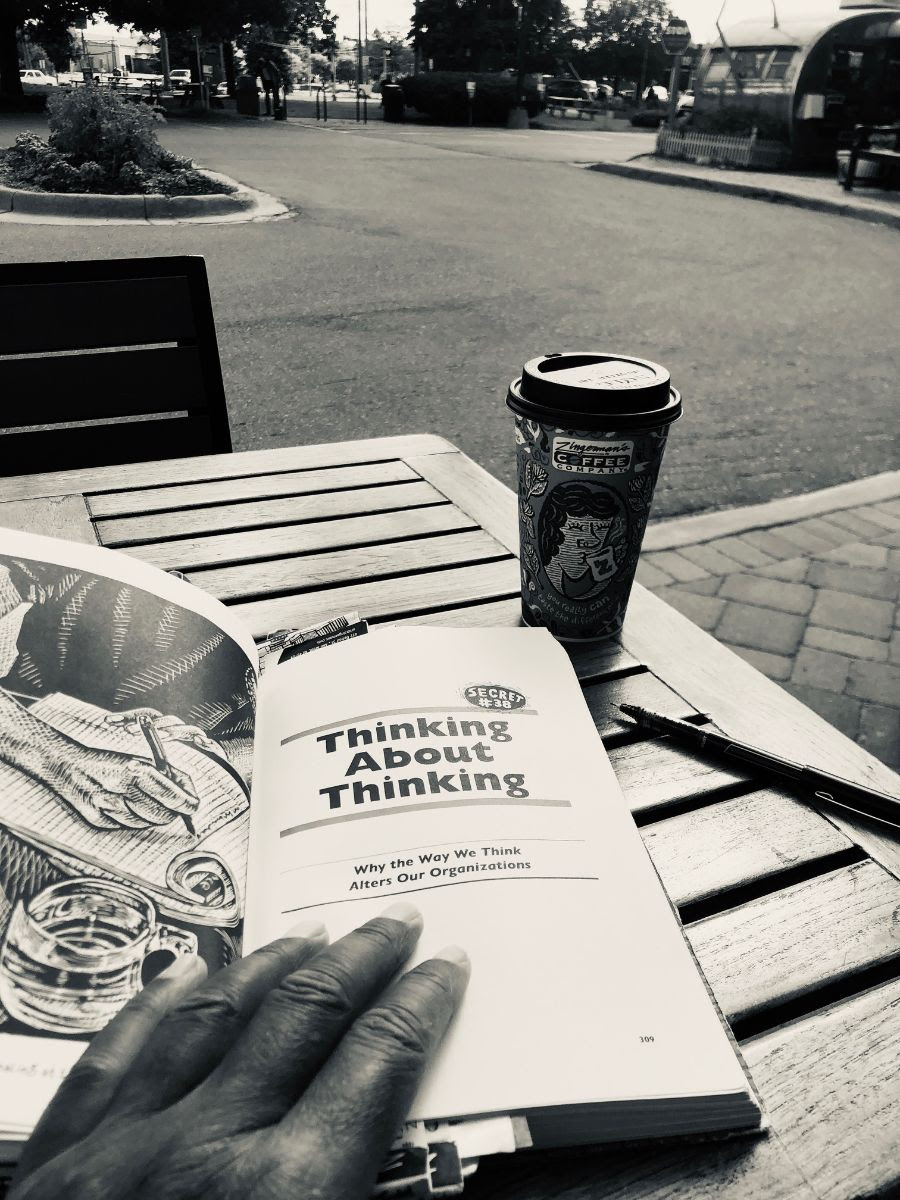 What if we stopped ranking everything?

Eugene Ionesco once said, “It is not the answer that enlightens, but the question.” So here’s a question: What if we didn’t think hierarchically? What if we stopped insisting on ranking almost everything from best to worst? What if we weren’t worried about “who was the greatest”?

Buried near the back of Part 3 of the Guide to Good Leading series is an essay that I have given only minimal attention to since I wrote it. We’ve never released Secret #38, as we have so many others, as a single pamphlet. I’ve never done a keynote on it, and it’s not a segment in ZingTrain’s amazing training seminars. I do reference the concept, but it’s usually only in passing and to highlight another point I was already trying to make. But mostly it’s a shy introvert of a thought, sitting quietly in the corner while the other essays around it dominate the conversation. It has, I suppose, remained more of a “secret” than maybe it ought to be. As we work through the challenges of the moment, it struck me the other day that this might be the time to bring it out of the intellectual closet and share it more actively here.

Our businesses mirror how we think.

The key takeaway from Secret #38 is simple. It has, over the last five or six years, had a significant impact on me. Here’s the deal: The way we as leaders think—even if it’s quietly inside our heads—will be manifested in the way our organizations work. As Mahatma Gandhi once said, “A man is but the product of his thoughts. What he thinks, he becomes.” There are many manifestations and interesting implications that came from this realization. If you want to read the whole essay, email me and I’ll send you a PDF for free—normally we sell them, but let’s put the spirit of generosity before the sale. If we can get clear on the kind of organization (or community) we want to have, then our challenge is to change the way we think to be congruent with the kind of organizational culture we want to create. Because when it comes down to it, our organizations are essentially mirroring our minds.

Putting an end to hierarchal thinking.

The section of Secret #38 that’s been on my mind a lot of late is about the issues that emerge from hierarchical thinking. I wrote about the subject in the forthcoming pamphlet, “A Humble Inquiry into Humility”:

Most of us, at least in the U.S., have been raised to think hierarchically. But since everyone around us also thinks hierarchically, most people tend to assume something along the lines of “that’s just how people think,” or, “that’s the way the world is.” (It’s a bit like the story of the fish who, while swimming one day with his buddy, heard his friend make a comment about one of their colleagues being like a “fish out of water.” “What’s water?” the other fish wondered. Moral of the story—when we’re surrounded by something all the time it’s hard to realize what, for better or for worse, we’re in the middle of.)

Hierarchical thinking dictates that things are to be ranked in order of value. Highest to lowest; best to worst; first to last. I hear hierarchical thinking in action regularly in the questions I get asked when I present or when I’m being interviewed: “What’s the most important thing for new business owners to know?” “What’s your biggest mistake?” “What’s the one piece of advice . . . ?” Hierarchical thinking creates a context that’s all about comparison and competition. Something is “better” and something is “worse.” While “equality” is a concept everyone embraces on the surface, deeply-rooted hierarchical thinking is actually incompatible with it. If everything—and hence everyone—is being ranked, then consciously or not, each of us is presented with a choice: “Do I want to be better than Barbara?” Or, “Do I want to let Barbara be better than me?” “Is my business better than yours, or is yours better than mine?”

So what if we stopped thinking that way? What if we didn’t worry about which restaurant was “the highest ranked,” or which college or city was considered in the “top ten”? Seriously, take a minute to two—right now if you’re willing—and give it some thought. What if we stopped arguing over who was “best,” shared our personal preferences, and honored those of others, even when they’re different from ours? What if we worked to get the insights out of people that reside down at the “bottom” of the org chart? What if we cut the unnecessary competition and instead amp up the appreciation and acceptance?

Is all hierarchy bad? I don’t think so. There’s a positive place for practical hierarchy. Someone facilitates the meeting. Someone plays quarterback. The difference is that these are agreed upon roles that people play for a particular part of their lives. But when we think hierarchically there is an unconscious belief that can sneak quietly into the conversation. That the more important the function, the “better” the person who does it.

Please note, too, that I’m not suggesting that we avoid opinions. We all have things we like better than others and we all experience things in our own way. I’m all about the pursuit of passion. When you read this enews, you’re hearing about mine. But something I love might not be to your taste. And my perspective isn’t any more important than anyone else’s. We all get to have our own loves and our lives.

I believe if we teach ourselves how to stop thinking hierarchically, the world would look a lot different. As Ashanti Alston wrote, “We have to get rid of hierarchical structures wherever we find them, and that we have to figure out how to create a world where . . . where everyone fits.” Beliefs would begin to change. Laws, codes, and systems could be altered accordingly. People do not systemically, intentionally, and repeatedly demean and denigrate another person—whether it’s a coworker or someone in their community—that they perceive as their equal. People who are valued for who they are—at work or in the world at large—largely get treated with dignity. And that’s the kind of place I want to be part of. The challenge here is mine—to cut out the ranking system in which I was raised, so I can then effectively treat everyone I interact with as the unique and amazing person they already are. Is it worth the work? Absolutely. Because as poet David Whyte, writing in The Heart Aroused: Poetry and the Preservation of the Soul in Corporate America, tells us, “The alchemists maintained that we can create only in our own image. That is everything takes form according to the consciousness that shaped it.”

Order Part 3 for yourself, or stop by the Roadhouse for a copy!

← Previous: Peanut Brittle from the Candy Manufactory Next: Five Fine Ways to Use the Smoked Chicken from The Roadhouse →