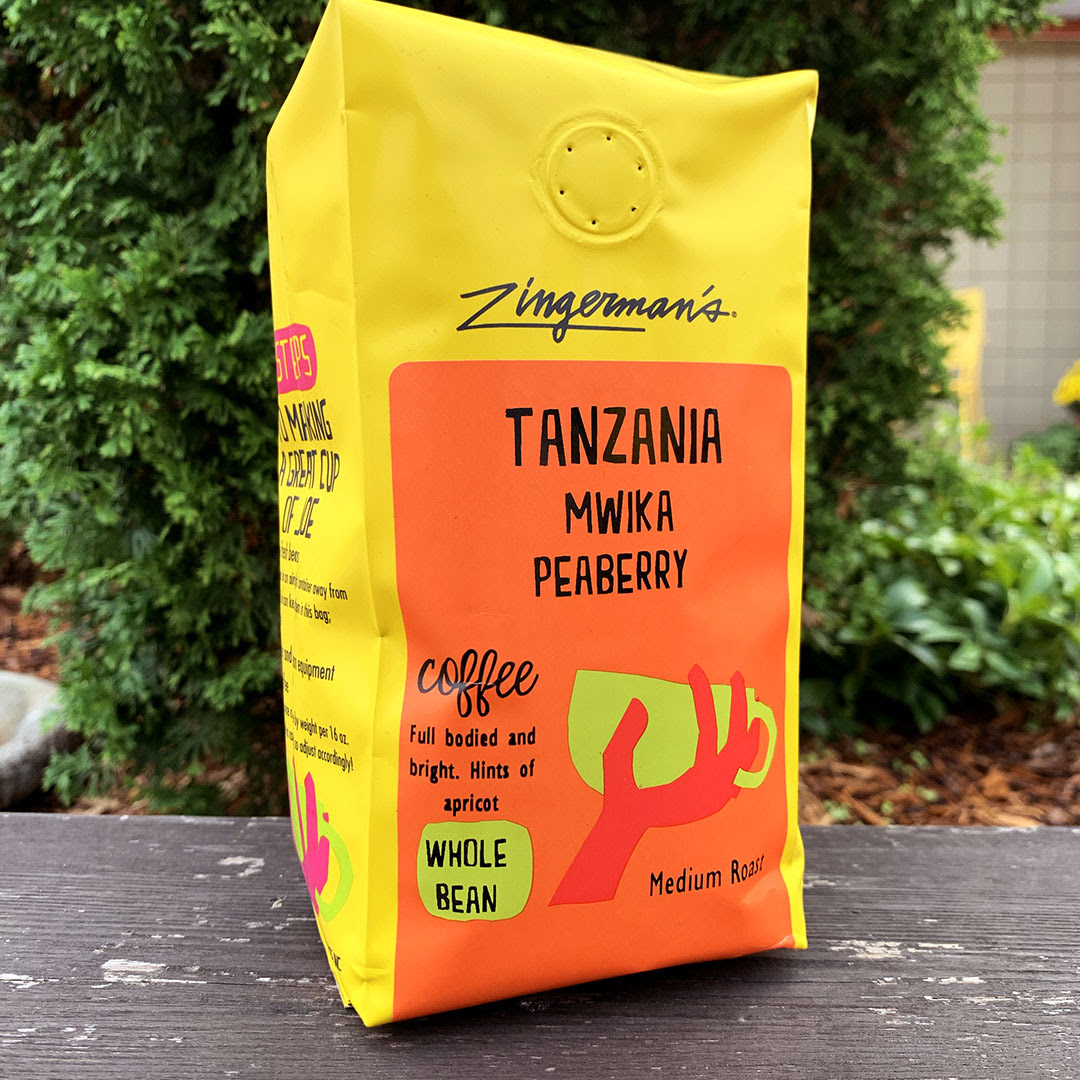 East African Peaberry from the slopes of Mount Kilimanjaro

The East African Peaberry from Tanzania is a terrific coffee we are featuring as our Roaster’s Pick from ZIngerman’s Coffee Company this month.

In the world of coffee producing countries, Tanzania is rarely the place that pops to the tip of any coffee drinker’s tongue. And yet, it’s got a fascinating coffee history and produces some delicious high grown beans that anyone with an eye and a mind for a high quality cup would want to have.

The history of coffee.

Coffee originated in ancient Abyssinia, what we now call Ethiopia. Sometime in the 16th century, coffee made its way south to what we know today as Tanzania. By comparison to what it took to get coffee to Costa Rica or Brazil, it was a quick trip—a modest 800 or 900 miles, almost directly due south. Within a century or so, coffee was incorporated into daily life and agriculture in the area by the people of the Haya tribe. Back then the beans weren’t brewed for drinking—instead they were boiled with herbs, then chewed to catch the buzz. Coffee growing was highly controlled by the royal families of the Haya (some things don’t change—hierarchies often build power by controlling money and drugs), and the plants were so highly prized that the beans were used as currency.

Three hundred years later, when German colonists conquered the country, they looked to coffee for cash, though more in the western sense—something to sell as an export. The colonial government gradually wrested control of the once closely guarded crop from the Haya royal families and started to spread coffee growing around the country. After WWI, Britain took charge of the region and worked to increase coffee production even further, while still carefully keeping the beans out of the control of traditional tribal powers. When Tanzania (a contraction of what had been two modern colonial states—Tanganyika and Zanzibar) gained independence in 1962, the former schoolteacher, Julius Nyerere became the new country’s prime minister. He too worked to expand coffee growing to help boost the economy. (Nyerere had his issues and many of his attempts at modernization and equity went awry. He had a thing for state control that didn’t go so well and actually harmed the effectiveness of the coffee growing. But that said, the “Arusha Declaration” which he authored in 1967, has a lot of inspiring elements in it. He also humorously—and I would suggest accurately—once said, “Democracy is not a bottle of Coca-Cola which you can import. Democracy should develop according to that particular country.”)

Why the Tanzanian Peaberry is so good.

The Tanzanian coffee we’re getting today builds on all of that history, bringing beans from the slopes of the beautiful Mount Kilimanjaro on the border with Kenya to the north, all the way here to Ann Arbor. It’s a Peaberry—the mutation that yields a singular coffee bean inside each “cherry” fruit, rather than the usual two. We buy the beans from the Mwika North cooperative, established in 1984, one of the first sets of organic certified growers in the region. Volcanic soil and abundant rainfall make for particularly fine beans. It’s a washed coffee—the freshly picked cherries are soaked in water to remove the pulp and then the peaberry inside is dried on raised beds. The brewed cup is nicely full bodied with lovely little hints of apricot, blackberries, and semi-dark chocolate. I like it best in the Clever brewing at the Coffee Company, but it’s been darned good any way I’ve had it brewed. You can get the Tanzanian Peaberry every day this month at the Coffee Company, the Roadhouse and the Deli.

Browse our list of coffee drinks available at the Roadshow!