Fresh Whitefish at the Roadhouse 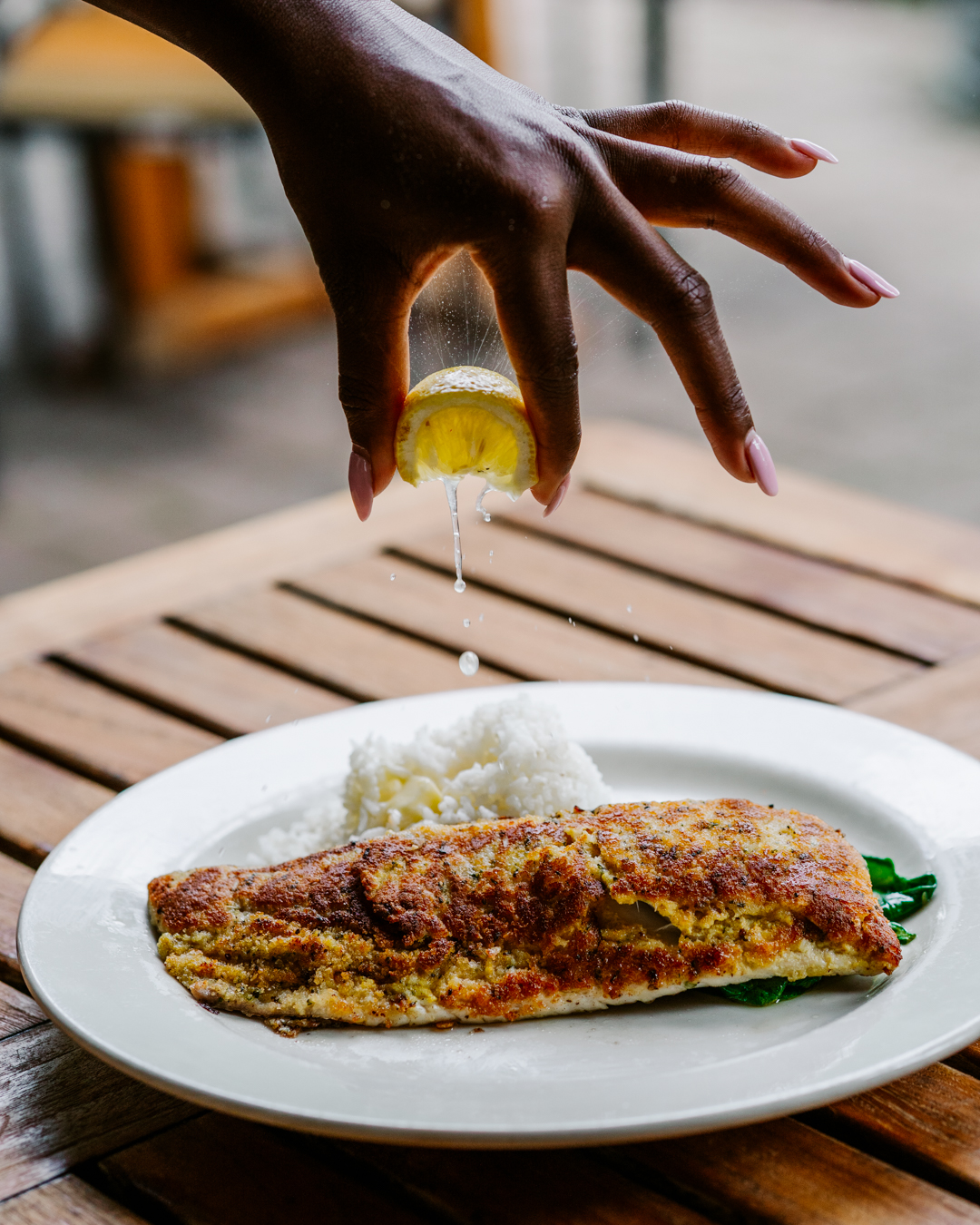 One of the Great Lakes’ greatest culinary hits.

Fish has an important place in my family’s history. My great grandfather, Bzalel Persowitz (which later became Perlis when he passed through Ellis Island), was a fish seller in his native Belarus. Every Saturday night after the Sabbath ended, he’d hitch up his wagon and pull it from his hometown of Vawkavysk to the port. There he’d bargain and buy from the fishermen and load up what he’d bought to bring back to the village. He’d arrive on Wednesday evening and on Thursday would set up to sell fresh fish to Jewish households preparing for the weekly Sabbath meal.

Fortunately, with modern refrigeration and shipping, we can get fish delivered more frequently and at guaranteed temperatures. I can’t say that my love for fish is because of my great grandfather’s work, but it certainly makes a nice story. And I do love eating fish. One offering that’s long been near the top of my list of favorites has, over the last few years, become a really big seller at the Roadhouse as well—fresh Great Lakes whitefish that comes in a couple times a week from Lake Superior.

A story about whitefish.

Like many folks who grew up near the Great Lakes, I was raised in Chicago eating whitefish. My grandmother cooked it regularly, just lightly floured, and pan fried with salt and pepper. She used to tell us that fish was “brain food,” and that we should eat it regularly to increase our intelligence. Of course, being from this part of the world, whitefish has much more historically to do with the Ojibwe tradition than anything about being Jewish. The Anishinaabe name for it is Atikamig and it was used regularly in “whitefish boils” or stews. Whitefish are related to salmon and trout.

How to enjoy our whitefish.

At the Roadhouse you can get your whitefish cooked simply. Broiled or pan fried would be my choice—cooking it that way lightly browns the exterior of the flesh and gives it a bit of the Maillard effect of caramelization that I love. You can also order the Herb-Crusted Whitefish—a generous handful of chopped fresh herbs (in particular, parsley and basil), Dijon mustard, and toasted breadcrumbs. It’s been hugely popular and for good reason. In the same way that we had a big rush on fresh smelt this spring when it came in, it makes me happy too that the whitefish is selling so well. I think it would make my great-grandfather and my grandmother happy as well.

← Previous: Ribeye Steak with Tarragon Butter at the Roadhouse Next: Espresso Blend #1, daterra Estate, from the Coffee Company →