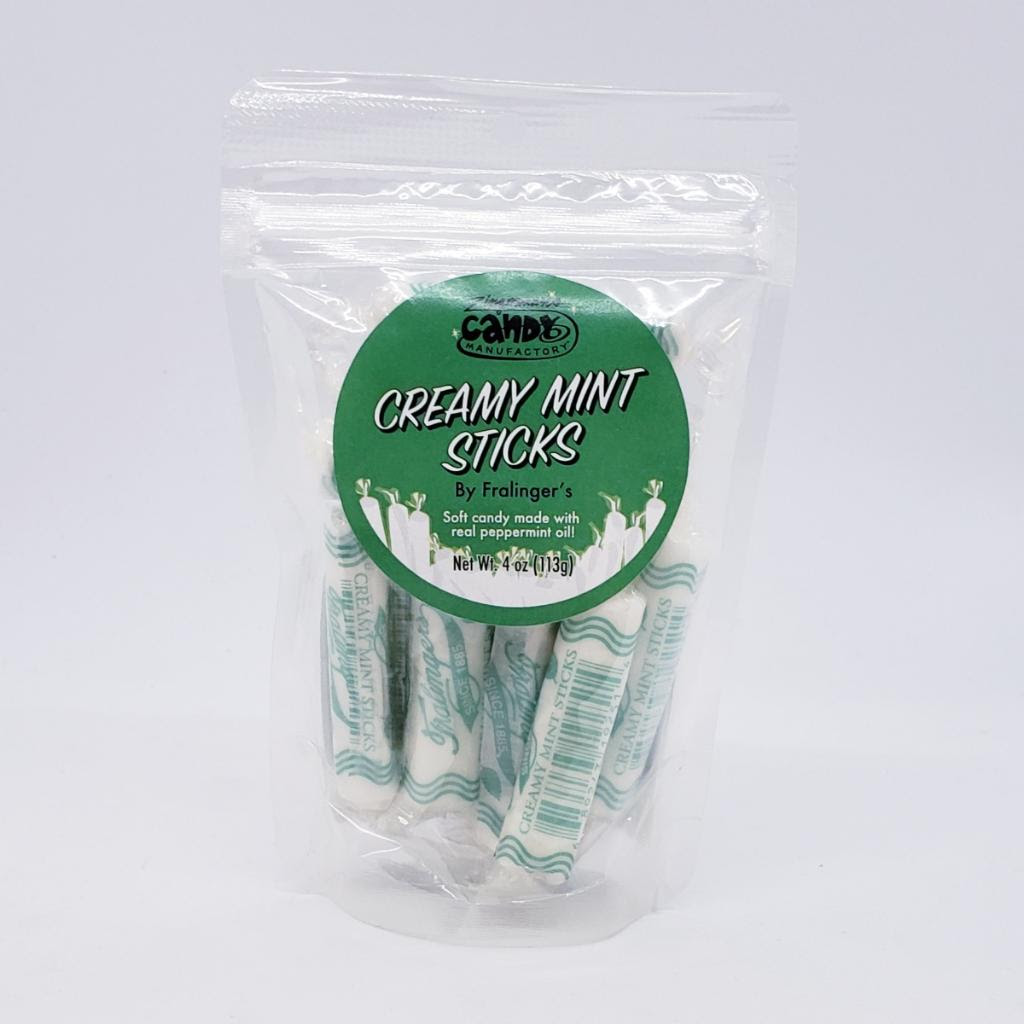 Bites of culinary history from the Boardwalk

In a Zingerman’s world filled with world-class corned beef, artisan breads, single estate olive oils, and bean to bar chocolates, these small “creamy mint sticks” from New Jersey would be easy to miss. But as Andy Warhol once said, “You need to let the little things that would ordinarily bore you suddenly thrill you.” I am, truly, thrilled every time I treat myself to one of these cool little confections from the Fralinger family in Atlantic City. I’m not alone. A customer saw them on the counter at the Roadhouse the other afternoon while waiting to buy some gift cards for her kids. She bought one, tried it, and came back with a smile: “I’m gonna buy three more and attach one to each of the gift cards. My kids are gonna love ’em.” I went and got her three copies of Zingerman’s News to complete the packages—with the cover essay being about “Joy,” it seemed a fitting addition to the mix.

We’ve been selling the Fralinger’s mints here at Zingerman’s for probably about fifteen years now, first at the Roadhouse, and of late at the Candy Store as well. It may sound silly, but back in 2005 I spent over a year looking for a mint that would be what we wanted to offer guests after dinner at the Roadhouse. I must have tasted five-dozen different mints or after-dinner sweets before we finally found these. I was sharing that same sentiment with a regular Roadhouse dinner customer and I said, “It’s hard to believe, but it took over a year to find these.” He looked at me with a totally straight face and said, “That’s not hard to believe at all. That’s what you guys do.” And I realized, he’s right. It’s Natural Law #7: “Successful businesses do the things that others know they should do … but generally don’t.” The search for the small touches that will take any experience from good to great is what we do. And as a couple of customers said, unsolicited, as they were leaving the other evening, “You really can taste the difference.”

The Fralinger family has been in business on the Boardwalk in Atlantic City since long, long before there were casinos. At the time they got going in the 1880s, Atlantic City was just a seaside village that a small number of adventurous, beach-loving tourists would travel to on the narrow-gauge train line from the bigger town of Camden. The Boardwalk back then would be put up each spring, walked on during the summer, and then taken down again after Labor Day weekend. If you read up on Fralinger’s history, you’ll recognize many of the street names on the board for Monopoly, if you’ve ever played: Baltic, Atlantic, South Carolina, and of course, Boardwalk!

The Fralinger family originally came from Alsace Lorraine. Joseph, the company founder, one of the first American born Fralingers, came along in 1848. He had quite a life, gaining local fame first as a glassblower then as a seller of fresh oysters. He even managed a minor league baseball team for a while. His original shop on the Boardwalk sold fresh fruit, soda, and the cutting-edge drink of the era, fresh lemonade. Aside from being good at business, Fralinger seems to have been quite a character; he was a very skilled lemon juggler, and he had an impressive handlebar mustache. His original candy product was saltwater taffy (which we also have at the Candy Store), of which the family now makes 27 flavors. He later opened a number of stands around the city, including one near the big new attraction of the day, the local Merry-Go-Round.

Why these mints are so good!

Introduced in the 1920s, the mint sticks were sized at about two inches in length to fit with Fralinger’s signature saltwater taffy. A century later, the mints are still double wrapped in wax paper marked with the green and white Fralinger’s logo. Made with high-quality peppermint oil, they’re wrapped within minutes of cooking to preserve all the flavor and freshness. They have a lovely, delicate mintiness that fills the mouth slowly but doesn’t hit you over the head, and a nice sort of creamy, almost buttery texture, with a long clean finish.

October 22 is Mr. Fralinger’s 173rd birthday. Pick up a handful of these terrific mints at the Roadhouse or the Candy Company and appreciate the man who made them possible all those years ago.

← Previous: Benedict on a Biscuit Next: Hen of the Woods Mushrooms Pop Up at the Roadhouse →