Eggnog Gelato from the Creamery 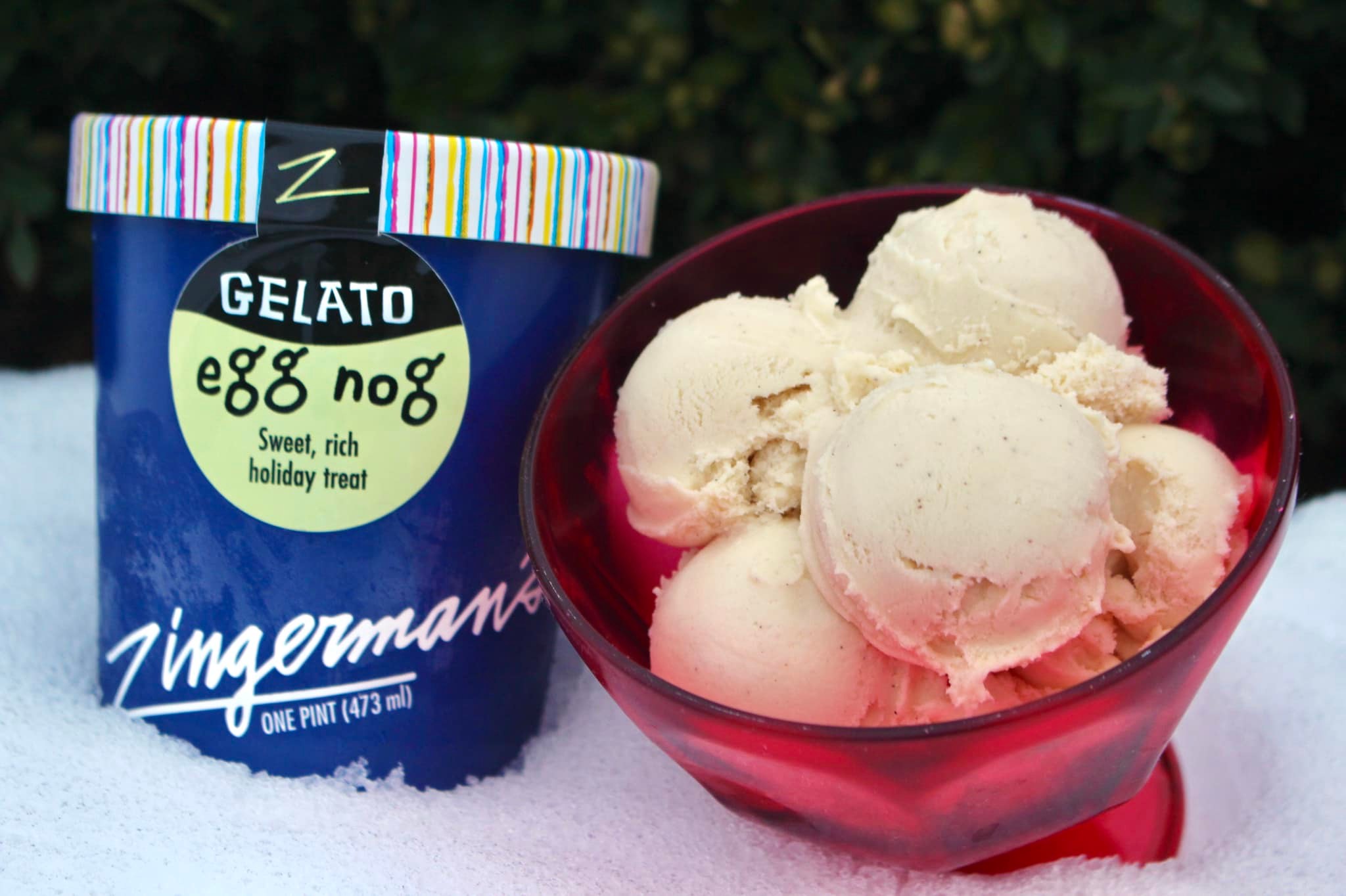 While treats like Stollen, Beigli, Panforte, Christmas Ham, and handmade Latkes tend to get most of the headlines around the ZCoB this time of year, one quiet, but compellingly tasty, treat that emerges out at the Creamery is our Eggnog Gelato! If you’re one of the large legion of eggnog loyalists, you might just want to come by the Creamery to pick up a pint or three.

In case you weren’t clear on what eggnog actually is, it’s formally an emulsion of milk and/or cream, sugar, and fresh eggs. The history of eggnog has long been unclear, but seems likely to have originated in England back in the 13th century. Eggs, spices, and sherry at that time were luxury items, so putting them together to make a holiday punch to impress one’s guests could well have made sense. The tradition came to the Americas most likely with English colonists. “Nog” was one nickname for a wooden drinking cup.

How to enjoy our Eggnog Gelato

Thanks to gelato maker Lexi Stand, the Eggnog Gelato from the Creamery is spiced with a bit of nutmeg and cinnamon and sweetened with the dark Demerara Sugar. I think it’s lovely garnished with an additional fresh grinding of good nutmeg right before serving! Jerry Alcenius at the Creamery says, “I love the Eggnog Gelato simply because it’s the taste of the holidays! It’s rich, creamy, and that hint of nutmeg really shines through in it.” Sam Smith, Lexi and Jerry’s co-worker at the Creamery, adds, “It’s definitely a huge favorite with the staff here! I think it has the perfect level of spice and flavors that makes me (almost) forget about wanting to mix it with bourbon. It’s the perfect holiday treat!” Whether you work at the Creamery or not, the Eggnog Gelato is a great conclusion to a holiday meal! Makes marvelous milkshakes! It’s a luxurious addition scooped on top of Christmas morning French Toast or crêpes. If you want a special treat, it’s on the dessert menu at the Roadhouse topped with a shot of Elijah Craig’s barrel-aged Bourbon!

← Previous: Mothfire Brewing Up Some Really Good “RoHo Joe” Stout Next: Chicken-Fried Steak Sandwich for lunch at the Roadhouse →