Fried Bakehouse Pie at the Roadhouse 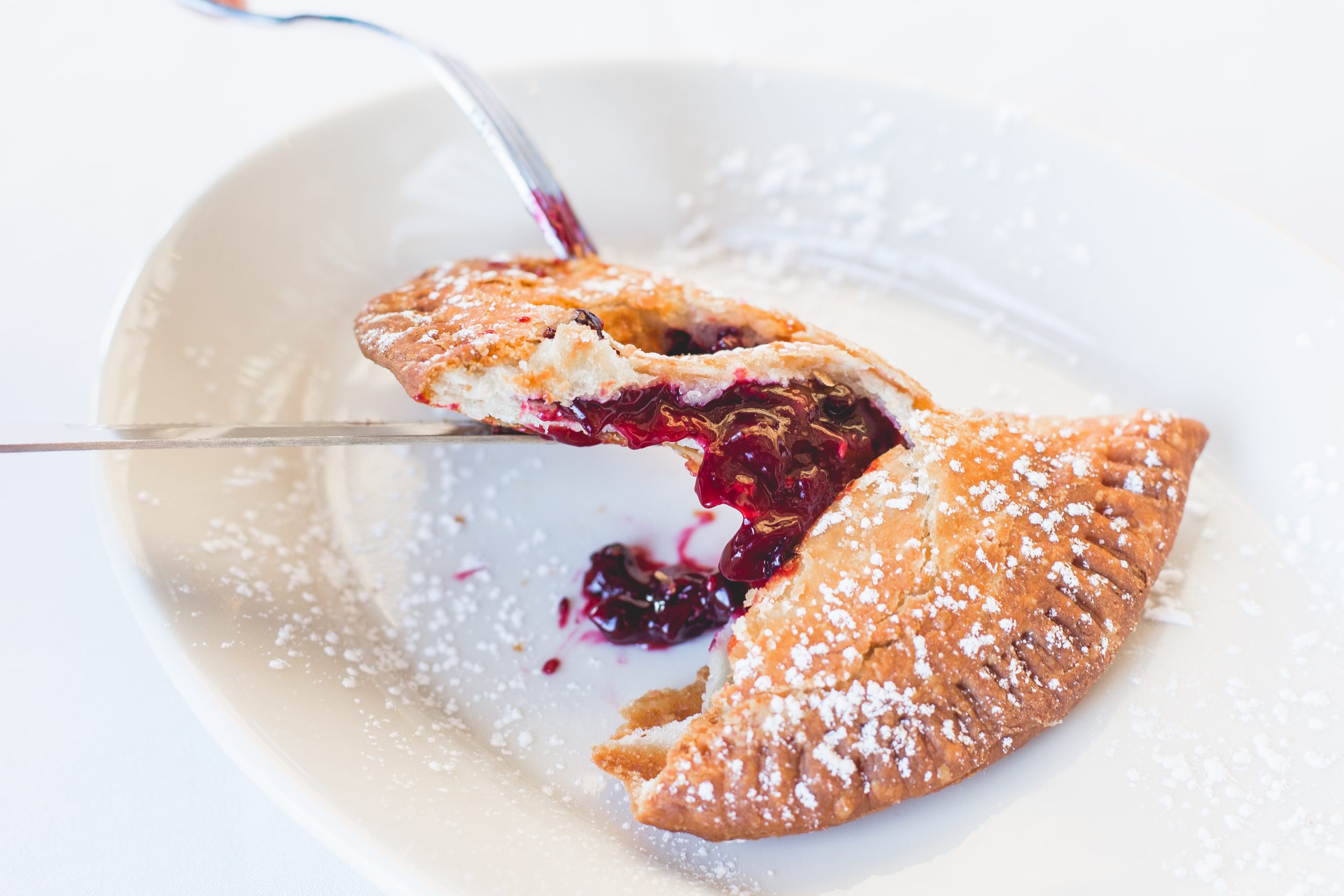 A special dessert with deep roots in the middle-South

Shortly after the pandemic arrived, I started to imagine it as if an earthquake had hit our organizational ecosystem. Some things were still standing, others were leveled. In our recovery work, some of what was lost was quickly recovered; other items are still making their way back. Here’s one that was set aside as an appropriately low priority in a time of crisis, but that is now, happily, making a long awaited comeback: Fried Pies, caringly hand-crafted with a butter and lard crust at the Bakehouse, that’s folded around a filling we refer to here as Jumbleberry (our own entertaining blend of blackberries, blueberries, raspberries, and cranberries), and then deep-fried to order at the Roadhouse.

The story behind fried pies.

While Fried Pie is fairly well unknown up in this part of the world, families further south have long standing traditions around them. Also known to some as “hand pies,” they could be carried more easily out to the fields, into the mines, or in more modern times, to the factory. They worked well too in the winter months when the fresh fruit season had ended, and dried fruit was all that was available. They were already well known around the time of the American Revolution (often called “Crab Lanterns,” they were made from crabapples and the crust was cut to resemble a lantern) and were particularly popular in the middle of the 19th century. Rossi Anastopoulo writes in Saveur:

In a region where life could be hardscrabble and unforgiving, fried pies proved to be a culinary balm for busy women with a high burden of responsibility. Unlike cakes, which typically took all day to prepare and required expensive ingredients that might be hard to access, fried pies were a quick, affordable way to enjoy something sweet. Mothers and grandmothers baked cakes on Sundays or for special occasions, but fried pie was a dish you might find on an Arkansas table anytime.

To this day, Fried Pies evoke emotional reactions in folks who grew up on them. Arkansas restaurateur Jennifer Jones shares, “These old recipes connect us to our past, help define our reality, almost tell us who we are. It’s a way to talk to each other about something tangible.” At the Roadhouse you can get a taste of this centuries-old tradition right now (thanks to the Bakehouse pastry team) by ordering some for dessert. They’re actually quite tasty for breakfast too—like eating a jelly donut, but far better suited to “dining” while driving. They keep well for a day or so after they’re fried (remember, it was typical to take one into the fields in the morning to eat for later in the day), so you can certainly order ahead and save a few to eat at just the right moment. Or, alternatively, you can pick one up with your morning coffee at the Roadshow and bring it to work for lunch!

← Previous: Mac & Eggs at the Roadhouse Next: Ca$hew Cows from the Candy Manufactory →