A Practical Guide to Eating Oysters 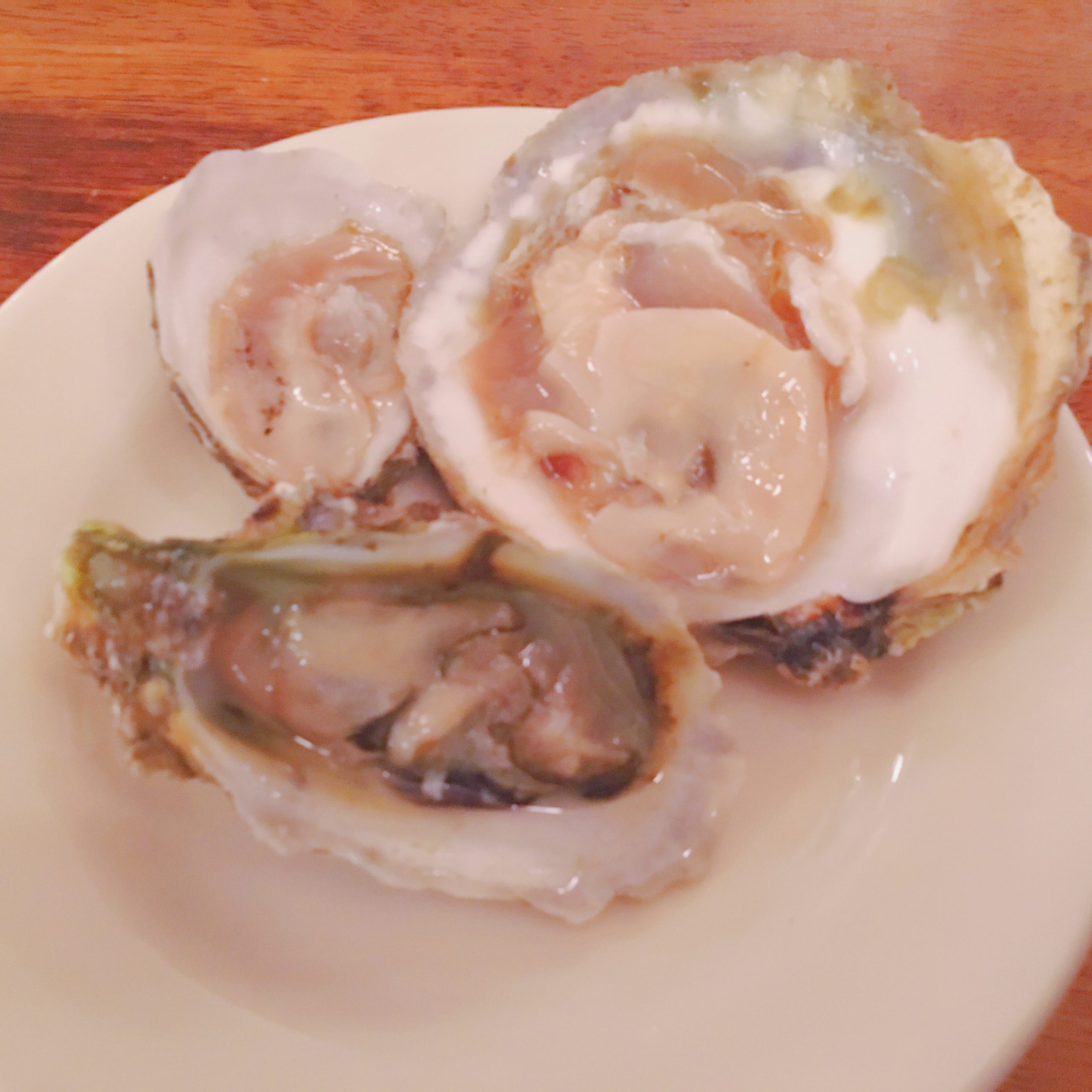 With all those different oysters out there to order, how do you know what makes one different from the next? These are three main things that will affect the flavor of the oyster.

Also known as Atlantics, or (inaccurately) American oysters. They’re big with thick, more-smooth-than-not, heavy shells that are fairly flat across the top and curved on the bottom. The oyster inside is beige to cream color, with kind of elegant black-brown edges. They’re pretty meaty and fairly mild and clean in flavor, tasting of the sea, of course, and subtly sweet, with a long and not-too-minerally finish.

Originally from Japan, the shells of these oysters are more deeply cupped than those of East Coast oysters, and will vary a lot in color from one source to the next – gray, brown, or almost greenish in cast sometimes. The meat inside is usually a bit lighter in color than East Coast oyster. And the mantle around the edge is gray. Their flavor tends to be a bit bigger than the East Coasters, but still briny and clean in the finish.

They’re certainly the cutest of the lot. Olympias are little bitty beauties native to the American Northwest. Because they’re so small – somewhere between a quarter and a fifty-cent piece – you don’t get a huge amount to eat out of an Oly. They’ve got a cool, cucumbery, coppery-tinged flavor that sometimes even hints of melon. Since they’re so rarely seen in this part of the world, we’re particularly excited to be able to offer these at the Roadhouse.

Originally brought to North American waters from the island of Kyushu in Japan, Kumamatos were deemed doomed to fail because of their small size and low yield. However, Kumamatos are big (as in “buzz”) over here and getting bigger all the time. Bite-size, fresh-smelling and crunchy, they have lovely, frilly, deeply cupped shells and a fresh, clean, slightly sweet, nutty flavor.

The most commonly known lay name for these oysters is Belons. Native to Europe, they’ve got round, flattish, plate-like shells with sort of dust-ruffly edges. There are a few folks in North America raising them. They taste distinctively of sea salt, a bit more buttery than the others, a touch crunchier in their texture, with a sharp, coppery, seaweedy aftertaste.

2.) The Water They’re Raised In

Water is to oysters what soil is to the plants that grow in it.
Like all traditional foods (as opposed to the Twinkies, Space Sticks, Tang and the canned fruit cocktail I grew up with) oysters will taste totally different depending on where they come from. This is why oysters are generally sold by the name of the bay or inlet from which they were taken. While there is still variation from day to day, oyster-to-oyster, etc., the water source will give you a fairly good indicator of what you’re likely to find.

To understand what makes the oysters from one bay different from those harvested from another, look to water temperature, the ratio of salt water to fresh, the mineral makeup of the water and the type of phytoplankton the oyster is eating.

Despite the standard wisdom about not eating oysters in months that are without an “R” in them, it turns out that you can get perfectly good to eat oysters year round.
The old “wisdom” came about because the summer months are typically the spawning season and oysters that are actually spawning aren’t likely to be that tasty. But spawning oysters aren’t bad – just different; a bit thinner in flavor but still certainly tasty.

By contrast, during the colder months of the year, the oysters build up a natural supply of glycogen, which is the starch that basically works like a energy bar for oysters – gives ’em that added boost they need to reproduce. So, colder water – either because of season or because of geography – generally means more glycogen, which in turn yields a sweeter oyster.

A Note on Apalachicola Oysters

They’re taken from some of the only wild – not farmed – oyster beds left in American waters. Because the waters down in “Apalach” are so much warmer, we only bring them during the winter months. I ate a lot of them when I was down there last spring and they’ve very good, definitely something that an oyster lover should try.