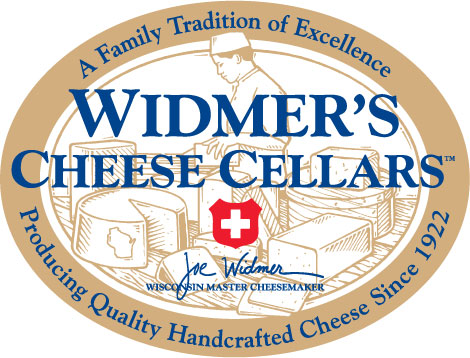 Although I grew up eating stuff that was sold in the supermarket bearing the label “Brick” what we were eating really had nothing other than its name in common with the real thing. What I got was some sort of factory insta-cheese facsimile, shipped from factory to food store within days of making, rubbed with orange food coloring to replicate the traditional washed rind that’s supposed to be on the cheese.

So then, you might wonder, “What is real brick cheese anyway?”

Brick is an American original. It was “invented” in 1877 by John Jossi, a Swiss-born American cheesemaker. (Can you say that a cheese was “invented?” Would the word “born” be better? Maybe “developed” might be more appropriate.) At the age of 12, Jossi came to the States in 1857 from Switzerland with his parents. The family settled first in upstate New York, but two years later young Jossi was running a small Limburger factory in the town of Richwood, in southwest Wisconsin. (A little commentary on how times change—you won’t find too many 14-year-old plant managers around these days.) After marrying the daughter of a local cheesemaker, Jossi returned to NY in 1873, where he spent a few years working in a larger Limburger plant.

Apparently during that timem, Jossi came up with the concept for what was to become Brick cheese. He envisioned a cheese made with curd that was drier than that used for the Limburger he was used to. He tried using lower levels of the bacterium Linens to rub the outer rind and develop the flavor of the cheese. And, he came up with the idea of using bricks to press the cheese, which of course was formed into a brick shape.

In 1877 Jossi came back to Wisconsin, where he took on the task of running a newly-built Wisconsin plant to produce Brick cheese. Jossi’s success led to the spread of the Brick recipe. Over the years, Jossi taught the recipe for Brick to a dozen other Wisconsin dairies. In 1883, he gave the cheese factory to his brother, who later sold it to Kraft (the story of dozens of small Wisconsin dairies). Jossi died in Milwaukee in 1902. Fortunately his cheese legacy lived on.

While there are hundreds of thousands of pounds of Brick cheese being made today, only a tiny percentage of it is authentic. The rest is merely big factory cheese production that bears the Brick name but carries none of its distinctive traditional flavor.

As Mr. Jossi created it, Brick cheese is firmly in the tradition of the great washed rind cheeses of Europe. Its flavor is enhanced during ripening by bacterium Linens, the same pleasantly pungent bacterial action that contributes to the flavor of the classic French cheeses like Pont l’Eveque, St. Nectaire, Reblochon and Livarot. Real Brick has a heady aroma and modestly full flavor that will almost assuredly keep Brick from ever being the most popular cheese in town. But cheese aficionados who swoon over the washed rind offerings from Europe should try this all-American original. So buy Brick, I tell you—it’s our heritage, it’s endangered and above all else, it’s good.

When I say endangered, I don’t mean that real Brick cheese is on the verge of disappearing. But take note that there is only one place left—Widmer’s Cheese—that makes real Brick. Happily, Widmer’s is a well-run, thriving cheese business. Still located in the town of Theresa, Wisconsin, no more than twenty minutes up the road from where Mr. Jossi invented Brick back in the 1870s, it’s run today by Joe Widmer, the third generation of his family to operate the “plant.” (Old-time Wisconsin cheese people use the term “plant” regularly, but for those who aren’t in the industry I don’t want to give the impression that Widmer’s is operating at some huge commercial scale. They make a healthy half-million pounds of cheese a year; not bad for a little cheese “plant” but hardly a drop in the commercial bucket if you look at companies like Borden.) Joe’s grandfather John O. Widmer came—like Jossi—from Switzerland and started the company back in 1922. Joe’s father was one of three sons who took over from John. They in turn passed the plant’s operation on to Joe.

Joe is adamant about sticking to the traditional method of brining the cheese. The curd is still carefully moved by hand from the vat to the cheese molds. Each is hand-turned three times during that first day. The young cheeses are placed in forms to be pressed—Joe, in fact, still uses the same bricks his grandfather bought decades ago to weight down the new cheeses decades ago. After pressing, the cheeses are placed in a brine solution to take on salt and the all-important bacterial cultures. From there they’re moved to a warm (70°F) room where the bacteria can work their magic. And the cheeses are still ‘smear ripens’ with a brine of salt water and whey.

Widmer’s authentic Brick cheese is great eaten just as it is. I prefer it after it’s had about ten to twelve weeks of aging. If you like French washed-rind cheeses after dinner, why not add this one to your list? And if you’re into sandwiches, real Brick is a flavor bonanza. Try it with a slice of sweet onion and some strong mustard. It’s also excellent with some of that great liverwurst from Usinger’s in Milwaukee.

← Previous: Fried Curds: The State Dish of Wisconsin Next: Why Lauren Loves Oysters →