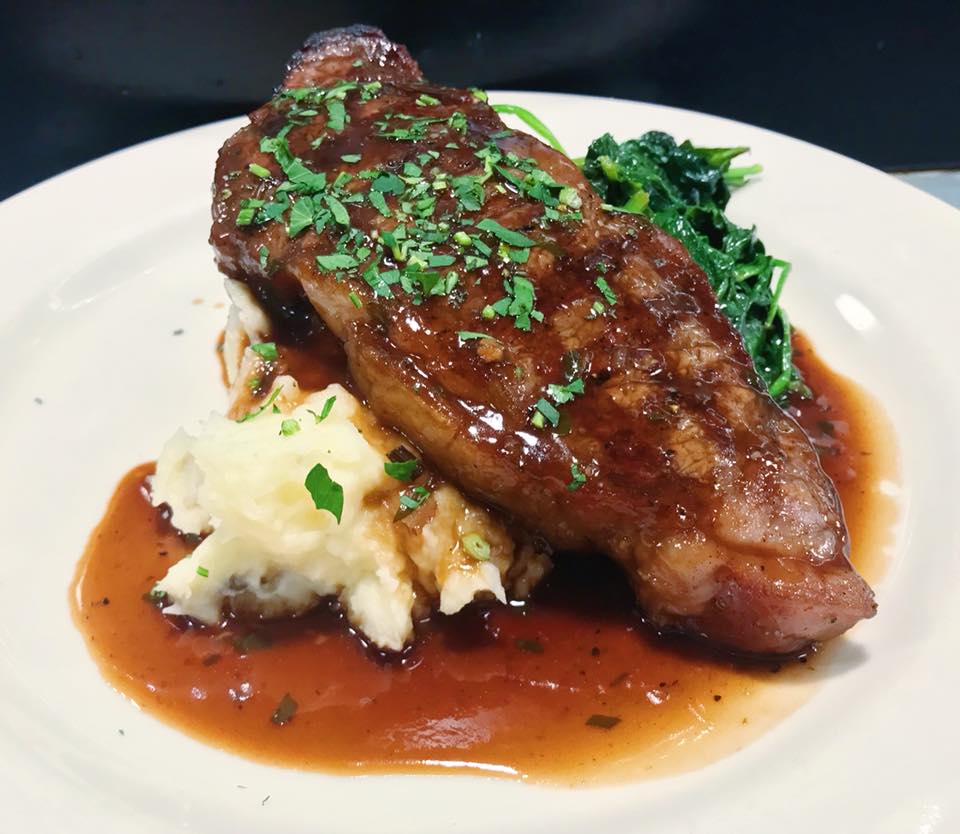 A Return to the Meat of an Earlier Era Like raw milk cheese, hard-crusted bread and full-flavored locally-grown produce, dry-aged of beef was once commonplace; fifty or sixty years ago pretty much every decent steak you had had been dry aged (at least this is what I’ve been told – I’m not old enough to have actually been there). But back in the ’60s, industry came up with what we now all know as “vacuum packaging.” This wonderful bit of “progress” allowed meat processors to seal in moisture and maintain weight in precut meat. So instead of allowing beef to dry naturally and mature before being served to diners as had been done for so many centuries, American meat processors started to immediately seal their beef in plastic. The supposed “benefit” of this to the consumer was longer shelf life. For the producer, it meant lower costs – by trapping liquid, shrinkage was reduced. The problem is that so too were flavor and tenderness. The vacuum process weakens the cellular structure of the meat so that moisture and flavor leach out quickly leaving off flavors and rather odd aromas.

By dry aging our steaks at the Roadhouse, we’re returning to the way that steak was handled before WWII. Beef is stored in a relatively dry space with steady air circulation for a period of up to five weeks. As the beef ages in this environment, two things happen that enhance its quality. First, the natural moisture in the meat slowly and naturally evaporates, concentrating the flavors in the meat itself. The resulting meat is much tastier, more intense, more buttery in flavor. The second benefit of the aging process is that the natural enzymes in the meat break down the protein structure, leaving the meat significantly more tender than it was when the process started. And the cooked steak is then far more flavorful and much more tender than the standard issue product.

Of course the flavor of a dry aged steak is always going to be bound by the quality of the side of beef from which it’s cut. The aging process will magnify whatever good or bad qualities were in the meat before the maturing began. With that in mind, we buy all our steaks from Niman Ranch, meat which tastes better long before the aging process even begins.

Can you really taste the difference? Quite simply, it’s great raw meat, properly matured to develop its natural flavors and improve its tenderness and then grilled over oak. Enjoy it with a side of homemade mashed potatoes, fries, or those really great grits from Anson Mills in South Carolina.