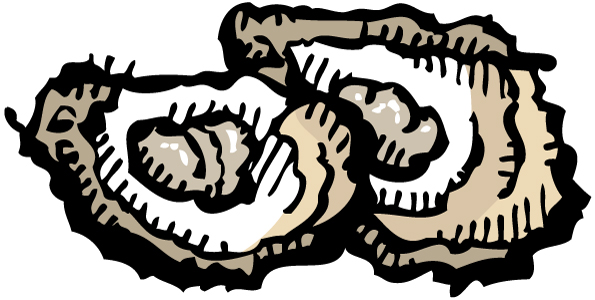 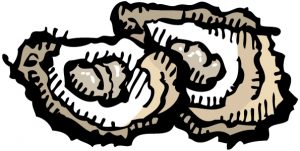 Beausoleil: Grown in the cold waters of Atlantic coast of Neguac, New Brunswick, these tasty bivalves guarantee a trip to the ocean in every bite. Pristine Canadian waters provide a clear and clean brine, with a distinct delicate sweetness that could only come from such a cared for environment. They arrive to us at the Roadhouse in hand made wooden crates, the only of its kind, having been placed lovingly one by one to ensure safe travels. The impeccable taste becomes even sweeter knowing that Beausoleil (beautiful sun) was the name of a fighter during the Acadian resistance that captured seven British ships in attempts to fight the power. There is a taste of revolution in every slurp.

Kusshi: Japanese for ‘ultimate’, the pacific oyster known as the Kusshi revels in unique flavor and superior quality. Raised in the Deep Bay off of the coast of Vancouver Island, British Columbia, the Kusshi is hand cultivated to create the perfect bivalve. The Kusshis are tumbled back and forth in large trays to encourage growth in depth, rather that length. The deep cups that come from the tumbling provide not only literal depth, but also of flavor as well. The rich meat is buttery, firm, with hints of cucumber. This is an oyster that truly stands up to its name.

Olympia: The original native all-American oyster, the Olympia is a true treat. Clocking in at about the size of a quarter, this tasty bivalve stands on its own in the flavor arena. Grown in the mineral rich Totten Inlet in Washington, the profile of the Olympia is singular in taste. The mineral rich burst of flavor is present in each bite, tasting of the sea and rain and hard work. Because of their size, Olympias must be harvested by hand, one by one, from the muck. This is the same method used 100 years ago, at the height of Olympia oyster fever. Due to industrialization and pollution, the Olympia went nearly extinct until only a few years ago when the Olympia was revived. The newly cultivated Olympias are as rich as ever, and with roots to boot.

Totten Inlet Virginica: The case of the Totten Inlet Virginica is one of nature versus nurture. Virginica refers to the scientific name of an oyster that grows on the east coast. The Totten Inlet variety comes from taking a species accustomed to the conditions and environment of the east coast, and transplanting them to the west coast. The west coast provides a more constant upheaval of conditions, meaning the organized chaos of the tides coming in and out of the inlets, along with brackish currents (ones that mix fresh and salt water), make for a more fluted shell, and a more varied flavor. The interesting thing about the Totten Inlet Virginica is that it is a particular type of species, imbued a specific profile, however, the tumultuous environment of the Totten Inlet affect the flavor and shape of the oyster. And, it literally absorbs the West’s waterways. The meat is large and briny, typical of east coasters, but it becomes creamy and slightly fruity with the influence of the west. A science experiment you can really sink your teeth into.