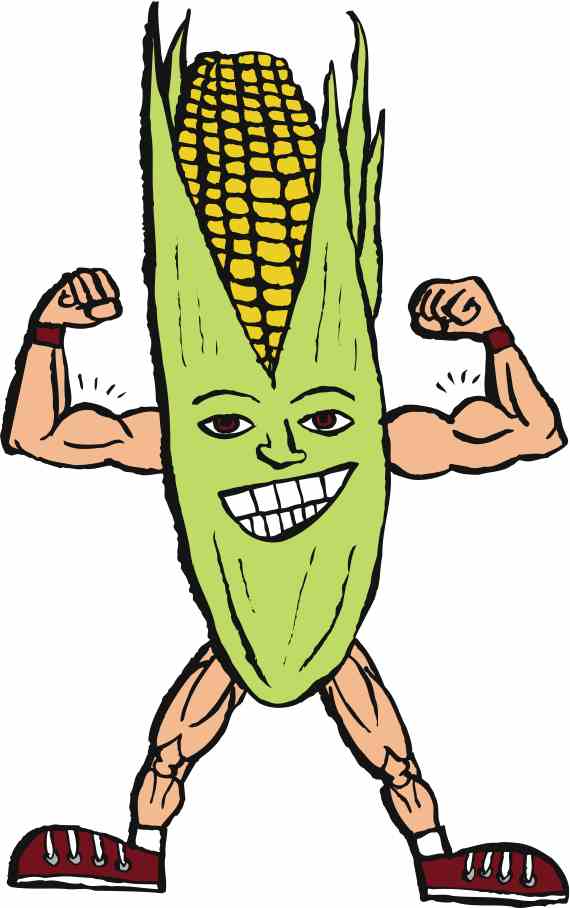 Although polenta is woven firmly into the cooking and culture of much of Europe, it’s relatively modern since corn didn’t come to Europe ‘til after Columbus, at the very end of the 15th century. However, porridges made from dried and ground grains existed long before that. While it was generally rejected in well-to-do parts of the Continent, it was quickly put to use as an economical way to feed the poor. In hard-scrabble, scrounging economies—Tuscany, the mountains of Northern Italy and Greece and remote spots like Romania, corn polenta became THE major food for most people.While it is still associated in some people’s minds with poverty, it’s also connected to the communities that cook it in the same way that pasta, rice, fish and paella are elsewhere. They’re part of everyday eating, part of the seasonal swings of celebration, tied into religious feasting and fasting rituals.

On a more modern, socio-economic, political level, polenta demonstrates what great food can still be about. In his excellent “Omnivore’s Dilemma,” Michael Pollan points out that “There are some forty-five thousand products on supermarket shelves and more than a quarter of them now contain corn.” Of those, I’m sure polenta variants are less than a tenth of one percent. What he’s talking about is the corn syrup in soda, the corn that’s fed to the cows that we buy in the butcher section, the corn in the candy bars at the checkout counter.

Whereas the other corn activity is rather intentionally, or at least practically, secretive, great polenta puts corn out front. Unlike all those others items where corn is soda pop, corn is beef, corn is candy bars, here is corn is corn. And it’s good!

Cooking Polenta
The traditional technique is to steadily add a thin stream of dry polenta to boiling water, stirring continuously to avoid lumping, then to continue cooking and stirring for an hour or more ‘til it’s done. At best this can be tricky; at worst you wind up with an annoyingly large number of very unpleasant little lumps. I go for simply stirring in the polenta when the water is warm but NOT boiling. It seems to work every time, and I can’t quite figure out why everyone insists on waiting for the water to boil.

In terms of proportion, I generally go four parts water to one part polenta but you can adjust up or down depending on what thickness you want. As far as cooking time goes, I’d definitely say the longer the better. If you’re in a huge rush twenty minutes of bubbling action will probably suffice, but the flavor will be less developed than it could be.

While cooking, you do have to stir it, but I’ll say flat out that the amount of stirring required is really not all that big a deal. Once it’s going, I let the polenta cook fifteen, twenty minutes between stirs and it works fine. Covering the pot will keep it from cooking down too quickly and from forming a skin on the top. Less frequent stirring is likely to lead to the formation of a crust at the bottom of the pot. But like the soccarat (the crunchy bits of rice that stick to the bottom of the paella pan), the crust from the polenta pot is actually highly prized. I scrape it from the pot and eat it in thin slices, sort of like pork rinds or potato chips for corn eaters.

Eating Soft Polenta
This is really about as easy as it gets. As long as you’ve started with good polenta and have good toppings to put on it, it’s pretty hard to go wrong. You can do it with nothing but good butter, salt and pepper. It’s good with Gorgonzola, Parmigiano Reggiano, fresh goat cheese, Fontina val D’aosta or just about any cheese, really. And it’s great with tomato sauces of all sorts.

Cooked, Cooled, Sliced and Fried
First you cook the raw cornmeal and eat it warm and soft from the pot. Additional polenta is left overnight to cool, which makes it easy to slice for frying or baking. Polenta prepared in this manner is delicious, and can be served as a side dish with almost any meat, fish or vegetable, just as you would a potato or rice. You can also do polenta on the spit – skewers of polenta and Fontina dipped in egg and rolled in bread crumbs and then fried.

Polenta Partners
Like pasta, there is an almost limitless number of things to accompany polenta—perhaps even more because polenta is also good with sweet sauces as well as savory.

Two Great Butters to Melt on Top
A bowl of great polenta topped with a large pat of good butter is such a simple dish, and it’s a beautiful thing to behold an
d to eat. We recommend these two, available at our Creamery Cheese Shop:
1) Pastureland Butter from Minnesota
2) Cultured Butter from Vermont
Barrel-Aged Feta from Northern Greece

The very special, barrel-aged feta we get from the Almyros region of Greece is pretty remarkably good, whether you crumble onto (or into) polenta, eat it as is with a slice of bread or use it on salad, omelets or most anything else. It’s made from milk that’s gathered only from sheep that are grazing in the pastures.

Really Good Gorgonzola
Some simply lay a slab of their beloved blue cheese next to the bowl of polenta; the cheese needs to be at room temperature so that when you pick some up with your fork and put it on the hot polenta, it gets soft and melty. Others lay a whole slice of the cheese atop the bowl and let it soften that way. Better Gorgonzola is of course going to taste better. Ours is coming in from northern Italy, aged by Carlo and Giovanni Giori.

Parmigiano-Reggiano from the Hills of Modena
From one farm in the hills above Modena (home of Balsamic vinegar), this is a very special cheese. Having tasted from probably a hundred different dairies over the years, this cheese consistently stands out to me for its full flavor and fine finish. I could go on at length about what makes this cheese so good, but space doesn’t allow it.

Tomato sauces from Il Mongetto
Probably the best bottled tomato sauces I’ve ever tried, made up in the Piedmont region of northern Italy, not all that far (by American standards) from where the Marinos mill their corn. We’ve got half a dozen different varieties at the Deli and they’re all good.

Chestnut Honey
If you are eating polenta for breakfast, I really recommend topping it with a bit of this wonderfully bittersweet honey from the Deli.

Little Dragons from Zingerman’s Creamery
This is the newest cheese from the Creamery. It’s great on its own but it happens—really just coincidentally—to be particularly good on polenta. It’s a fairly fresh goat cheese, one that’s very lightly pressed to make for a modestly creamier texture than our super fresh rounds of City Goats, then rolled in fresh tarragon leaves.

A Pair of Really Great Polentas

1. Eight Row Corn from the Marino Family
The Marinos are very much head-down, noses to the grindstone, sticking stubbornly and smilingly to their traditional regional cooking. They grow an antique variety of corn called Otto File. The name means “8 Row” and is likely a very close descendant of the old—also 8-rowed—corns that would have come over with Columbus and crew. The grains—the corn kernels—are huge compared to what I’m used to seeing over here; each is bigger than the nail on your little finger. Yields, not surprisingly, are low. The corn is grown organically, field ripened and dried primarily in the sun when possible. The milling is done with old stones and the germ is left in. We bring it regularly from Italy and store it here under refrigerated conditions to protect its quality.
At the deli, you can buy it by the bag to take home and cook. You can also buy a bowl of it hot, either for breakfast with very delicious Italian chestnut honey and golden raisins or later in the day with butter and cheese – cooked and cooled and ready to take home with you to prepare yourself.

2. Spin Rossa della Valsugana Polenta
Glenn Roberts at Anson Mills has embarked on what I think is now a lifelong mission to find amazing old corns and restore them to viable economic existence. We do sell, cook and eat many of the old varieties that he offers. And this very special polenta is one of the best. It’s known in Italian as Spin Rossa della Valsugana, which simply means the spiny red corn from the Valley of Sugana. When we first started serving it at the Roadhouse last year, it was the likely the FIRST commercial crop of this seed variety to be grown in the Americas in many centuries.

The Florianis family in Trentino (on the Eastern end of Italy) were the LAST ones in their region harvesting this variety of corn and for all anyone can tell, perhaps the last farmers anywhere growing it. They say that their family has grown this particular corn for generations as long as anyone can remember, likely since the 16th century. The corn was actually something people in the areas were ashamed of—polenta was a sign of poverty and the corn itself was considered to be coarse in appearance and flavor in comparison to fancier looking modern alternatives.

When one of the Floriani sons sent a few dozen seeds to Glenn back in South Carolina, Glenn ate the dried corn “raw”—there wasn’t enough to grind or cook—and was blown away by the flavor of it and wanted to get more to grow. Glenn brought some of their seed corn back to the US and started growing it organically on about fifteen different farms around the country; the idea is to spread out the growing to protect the corn and make sure that it survives.

Having been serving this amazing polenta at the Roadhouse on specials all year, I can tell you that it’s pretty remarkable stuff. We’ve been cooking it with nothing more than water and salt and it’s really pretty spectacularly flavorful. Buttery, rich, it tastes distinctly of corn and it’s just really good.