Lobster Rolls at the Roadhouse 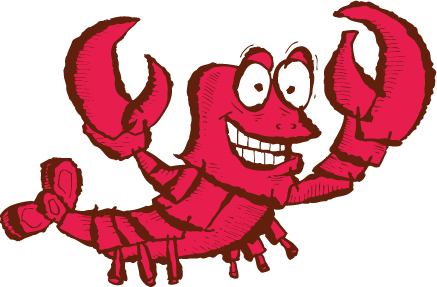 WARNING! Reading this article will make you increasingly hungry and the lobster roll is currently not on our menu. Please read at your own risk. 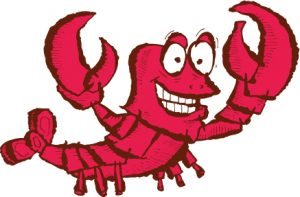 Maine is seemingly is the first spot where Europeans settled in North America and lobster fishing is the oldest industry in the state. There are families that are in their third, fourth, even fifteen generation of lobstering. It’s hard to believe nowadays but there was a time when lobster for dinner was something that New England kids probably used to complain about—“lobster again?” is hardly something you’re going to hear much around Ann Arbor in 2007. But back ‘bout two centuries ago it’s a cry you could well have heard in some coastal communities in New England. In fact, prisoners and indentured servants were once (no longer) actually protected by law from being fed a diet overloaded with the rather rich crustaceans.

Times change. While I wouldn’t say that lobster’s hard to get these days, it’s not an inexpensive way to eat. And other than lobster boat families who live along Maine coast I can’t imagine too many folks worrying about having to force themselves to face another meal with one of these rather funny looking, great tasting crustaceans.

I have to confess that in truth I’ve never been a huge lobster lover. While back in Maine it might well be served on paper plates and eaten en masse, out here in the Midwest it’s always seemed a bit over the top—fancy white linens and too much shell cracking which mostly seemed to entitle me to dip the already rich meat into rather bland drawn butter. Never went for all those fancy things either like Lobster Thermidor, Newburg or whatever. I’m not saying it’s a bad thing—some of my best friends love lobster, and one them takes great pride in the time she ate seven in one sitting.

The thing that turned me ‘round on this one is the lobster roll. If I can disconnect the dearness of the dish due to today’s dearth of lobsters from the roots rock version of old time east coast lobster eating. . . The lobster roll rocks. Maybe it’s in the stars—I have the same birthday (different year, same date) as the Earl of Sandwich—but it’s often the case that I’m drawn to the seemingly low end sandwich version of something instead of the rather high end, high falutin’ (to me at least) upscale food world version of same. Best I can tell the lobster roll is to Maine what pimento cheeseburgers are to Columbia, South Carolina, oyster po’boys are to New Orleans and Italian beef is to Chicago. It ain’t inexpensive but damn, lobster rolls are really good. Forgetting that it’s sells for something like twenty-five bucks a pop, I’d put the lobster roll at the very top of my list for summer sandwich eating. It’s cool, it’s rich, and it’s really good. And since I don’t think I’m going to make it to Maine this summer so the next best thing I’m going to get is a visit to the Roadhouse to eat Alex’s really good version of this. Lots of fresh lobster meat, a touch of onion, a bit of celery, parsley and a lot of Hellman’s mayonnaise on a really good, special-icious lobster roll (“roll,” as in bread, not the sandwich) made by the Bakehouse. With a nice order fries, some slaw.. . This is one darned good dish.

I’ll leave the last word on this one to Jasper White, writing in his new “Summer Shack Cookbook”: “The lobster roll, the king of clam shack offerings, is an incredibly delicious, with its cool fresh lobster salad and warm crisp, buttery bun. It is humble, but don’t be fooled . . . This dish is like a millionaire driving an old Chevy—understated, but still rich—typical of the New England culture. “