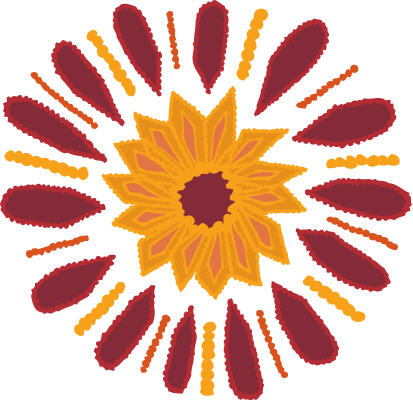 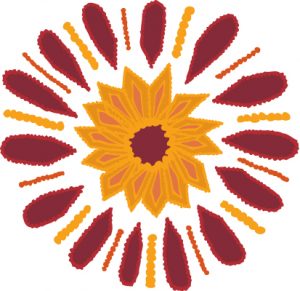 I interviewed Rebecca Wall, a Doctoral Student of History at the University of Michigan, whose research has left her passionate about the history and foodways of Algerian Jews.

1. Give me some background on how the Jewish people came to live in Algerian, what time-period(s) did they settle here? Why which particular hardships were they fleeing/where?

The first Jews who settled in Algeria arrived there involuntarily, as slaves or exiles. The Romans landed initially at Carthage and discovered the lands of Algeria as they spread westwards from Tunisia. Many late Roman-era Jews were exiled to Algeria from Palestine in the first century C.E. for rebelling against Titus. These Jewish settlers were very successful and consequently, many indigenous, pagan Berbers converted to Judaism. The integration of Berbers into Jewish settler communities fused Jewish customs with Berber traditions. Intermarriage between Jews and Berber was common throughout the medieval and early modern periods. Cultural and culinary similarities between Jews and Berbers in modern Algeria, such as the use of North African spices like coriander, stem from the cultural exchange between the communities that took place during this era. The next major upheaval in Algerian Jewish life occurred when Muslim armies conquered North Africa in 642 C.E. After their successful conquest, the Muslims forcefully converted the indigenous pagan Berbers, but because of their shared monotheistic religious heritage, the Muslim invaders permitted the Jews of Algeria to live as “tolerated infidels” within the umma, the Muslim community of believers. The Muslim ruler of Algeria protected the Jewish community and assured their freedom of religion because of their identity as “People of the Scripture,” or dhimmi. The freedoms accorded to Jews because of their dhimmi status afforded them a measure of autonomy within the Muslim population.
Though the physical, social, and economic separation of the Judeo-Algerian community from the Muslim majority enabled the creation and preservation of a unique culture, such autonomy came at a price. Jews had to pay additional poll and land taxes, jizya and kharaj, and could not marry Muslims or testify against them in court. Algerian Jews lived separately from the rest of the population in a ghetto, or hara, and were required to wear markings on their clothes to indicate their Jewish identity. Though Jews lived peacefully during the Muslim occupation of Algeria, the majority Muslim rulers and population treated them as foreigners in their own homeland. When the Ottoman Turks conquered northern Algeria in 1481, they continued to categorize the Judeo-Algerian population as dhimmi.

Shortly thereafter, a large number of Spanish and Portuguese Jews fled to Algeria after the Spanish Inquisition exiled them from the Iberian Peninsula in 1492. Iberian culture influenced the customs and cuisine of these new Jews, the megorashim, literally “exiles” in Hebrew. The cultural changes wrought by the integration of Iberian Jews into the Judeo-Algerian community permanently differentiated Judeo-Algerian culture from the indigenous Berber cultures by incorporating Spanish and European traditions into Judeo-Algerian customs. While Berber converts to Islam were increasingly culturally aligned with the Ottomans, the arrival of the megorashim facilitated the beginnings of European cultural influence in the Judeo-Algerian community.

2. How is Algerian Jewish Food different from simply Sephardic Jewish cooking? How is it the same?

Algerian Jewish food, because of the influx of Sephardim in the fifteenth century, bears much in common with basic Sephardic cuisine. This includes the use of a wide array of spices, frying savory pastries in oil, etc. However, unlike sephardic foods in, say, the Balkans, Algerian Jewish food retains common features of Berber cuisine-the use of the Tajine, for example, and the ras al hanout spice mixture.

3. Has an Algerian Jewish population moved on to the United States? Where have they settled, and in what ways have their foodways changed in the U.S.?

There are few Algerian Jews in the United States. The French colonial state granted Algerian Jews French citizenship in 1870. Consequently, between 1870 and the end of French colonization in 1962, Algerian Jews gradually acculturated and assimilated French customs. As a result, it made much more sense for Algerian Jews to immigrate to France when, in 1962 and 1963, they were forced out of Algeria. The majority of Algerian Jews continue to live in France, with some immigrating to Israel in recent years. In terms of evolving foodways, in French colonial Algeria and in France, Algerian Jewish cuisine became somewhat gallicized, with foods like coq au vin and boeuf bourguignonne (kosherized, of course), entering their repertoire.

4. What ingredients are very unique to this area of the world? How have they been used specifically in Algerian-Jewish dishes?

5. What’s most exciting to you about being the special guest at this upcoming dinner what’s your area of passion on this subject?

I’m fascinated by the ways that the evolution of Algerian Jewish foodways between 1830-1962 (the period of French colonization) maps the cultural shifts in the community. You can mark the changing identity of the community in the foods they consumed over that period: from lamb kefte to Coq au Vin and Blanquette de Veau! The retention of many traditional Algerian Jewish dishes also speaks to the community’s desire to maintain their cultural and religious heritage, especially after their mass migration to France in 1962. Adrift in a foreign country, with no chance of returning to their homeland, Algerian Jews maintained their unique cultural and religious heritage through their foodways, both ritual and everyday.

← Previous: A Conversation with Michael Pollan Next: Doce de Mayo (The 12th of May) Mexican Dinner →