Donut Sundaes at the Roadhouse 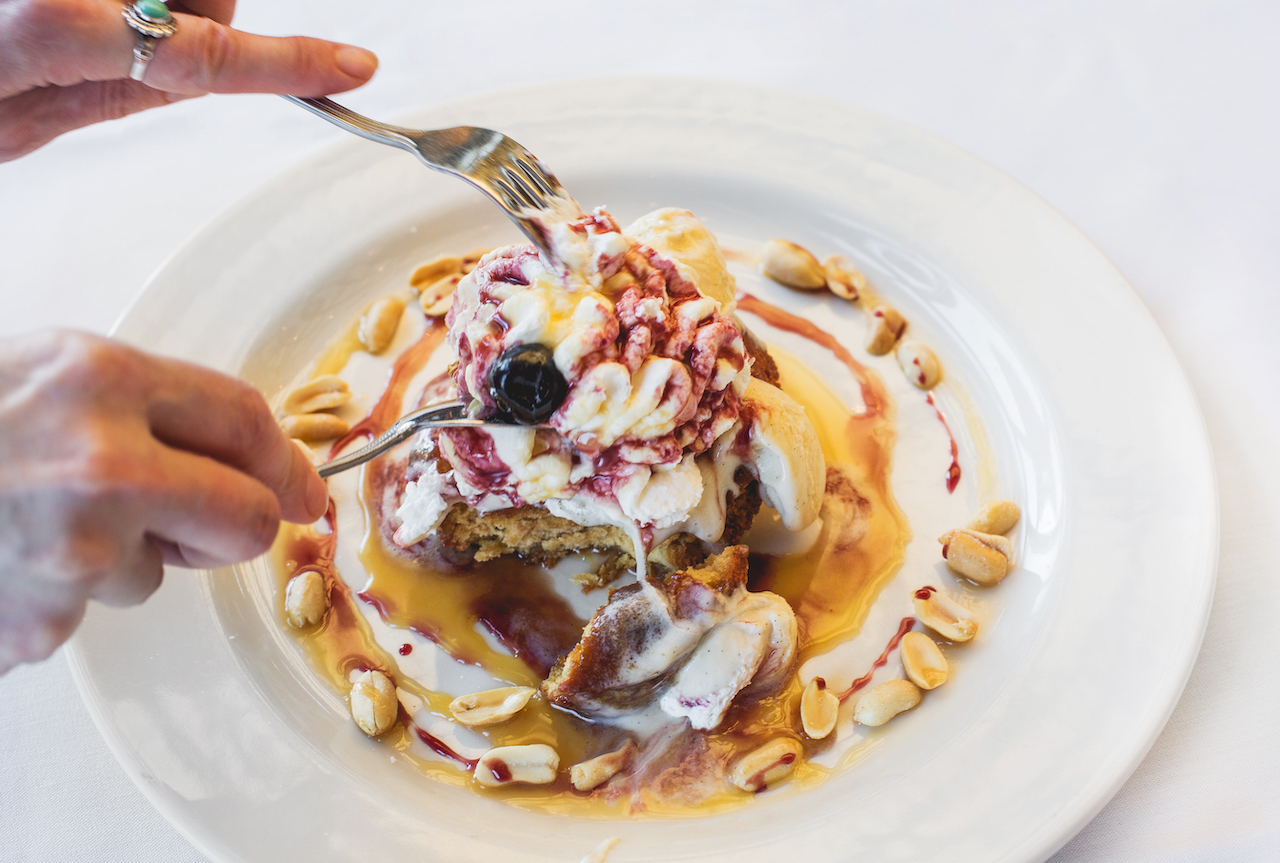 What’s your favorite donut day of the week?

Fried circles of deliciousness, every time I see or smell one, I start drooling everywhere like Homer Simpson. The donuts we make at the Roadhouse are a treat, any time of day. They are a traditional Dutch recipe made with molasses, nutmeg, lemon zest, and buttermilk. After frying them up, we top them with a dark brown Muscovado sugar.

Traditionally a New Year’s Eve treat in the Netherlands, the donut came to Manhattan (then still known as New Amsterdam) from the Dutch and were called “oliebol”, which translates to “oily cakes.”Ari Weinzweig has written a really great article in which he speaks to the impact of the donut on the American food culture. Who knew that a bit of fried dough would be loved by so many? And who knew that with the addition of ice cream, the donut would become the perfect medium for a sundae?

What we love about our donuts is that they are not overly sweet, but the flavor is a perfect balance of toasty, nutty, and cakey that goes hand-in-hand with a cup of perfectly roasted coffee. They are fantastic on their own, but the day we decided to turn them into a Sundae by adding Zingerman’s Creamery Gelato should be recognized as a national holiday. The closest I could find is National Eat Ice Cream for Breakfast day, coming up on February 18th – a great excuse to enjoy your breakfast donut in Sundae form and not feel guilty.

Our Sundae is served with Zingerman’s Creamery real vanilla gelato, then topped with bourbon-caramel sauce. A classic Southern staple typically found in bread pudding, this rich, buttery sauce is the highlight of our Donut Sundae. It is made with Jack Daniels bourbon, and the alcohol is cooked off so just the essential flavors of caramel and vanilla remain. The sauce swirls into the gelato, creating caramelly, sweet cream goodness as it melts into the donut. Virginia peanuts add the perfect amount of toasted saltiness to the dish.

Make mine a Wednesdae, please.

There’s a reason our Donut Sundae is available on our dessert menu every day. It’s a favorite of staff and guests alike. But did you know that in addition to our traditional Sundae, we have a different version for every day of the week? We couldn’t resist.

No matter what day makes you go nuts over donuts, we’ve got you covered as far as Donut Sundaes go. Bring your sweet tooth, and we will provide the rest!