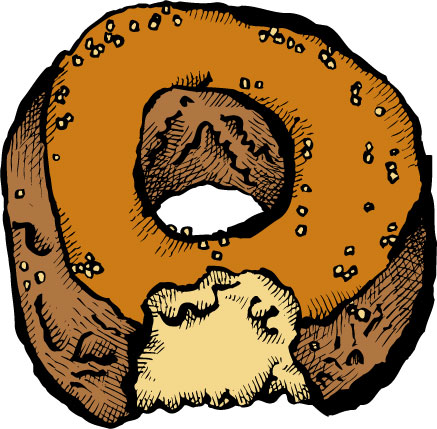 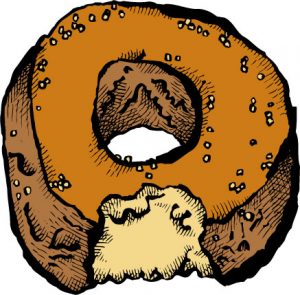 Pretty much everyone seems to love doughnuts. And having just had the Roadhouse doughnuts rated in Saveur magazine and in John T. Edge’s Donut book as one of the best in the country, they’re more popular around these parts than ever.

In doing homework on doughnuts, I came across this quote from the Simpsons: “Doughnuts. Is there anything they can’t do?”

At first I paid little attention to it. But the more I talk to folks about doughnuts, the more I’m starting to think that the Simpsons were really on to something. People *@#* love doughnuts!!! Honestly I don’t think I’ve ever seen more people’s eyes get so wide over a single food than when I’ve told them over the last month or two that we’re making doughnuts at the Roadhouse. I mean caviar and smoked salmon and all that great stuff gets people thinking, but the response to doughnuts seems to be sort of intensely visceral, an almost instinctive, intuitive, uncontrollable response. Like they don’t even have to think about it- I say “doughnuts,” and they just start smiling.

Doughnuts are an American tradition that dates back to the arrival of the Dutch. It seems that the original idea of the American doughnut may actually be tied to a New Year’s Eve tradition in the Netherlands. The “oliebol” (the name means, literally, “oil ball”) is a yeasted batter with raisins that’s fried in hot oil and could be light and fluffy or denser with powdered sugar. One Dutchman I talked to said with a broad smile, “We eat piles of them for New Year’s Eve in Holland.” The American name? Of course no one really knows but it could well be that early recipes suggested that the cook make up little “nuts” of dough to fry.

Here in the States, doughnuts were a home-cooked food up until the early years of the 20th century. Large-scale commercial production probably started in the 1920’s, at which time they were most popular for taking to movie theaters. At about that time, to satisfy the growing demand for doughnuts, one inventive Russian Jewish immigrant named Adolph Levitt created the first doughnut machine. By 1934, the same year that the World’s Fair in Chicago declared the doughnut “the food hit of the Century of Progress,” Levitt was pulling down twenty-five million dollars annually on sales of his doughnut machines to bakeries. His daughter Sally Levitt Steinberg put together The Donut Book to tell his story and that of doughnuts in general. (The book is highly recommended-great visuals as well as being really informative.)

Here in 2006, the big thing with doughnuts in our world is that we’re making them from scratch at the Roadhouse and that they’re really good.

Last year the doughnuts were written up in the Ann Arbor Observer about the new All-American brunch at the Roadhouse. “… The real showstoppers are the house-made doughnuts, adapted by Roadhouse chef Alex Young from a traditional Dutch-American recipe. World’s apart from the standard sugar-flour-grease bombs of chain fame, Roadhouse doughnuts are full flavored, with hints of molasses, lemon zest and nutmeg in a rich buttermilk batter, deep fried but not greasy, and dusted with a dark brown muscovado sugar. Everyone at our table (which included some hard-to-impress New Yorkers) was utterly bowled over.”