What is it About Grilled Cheese 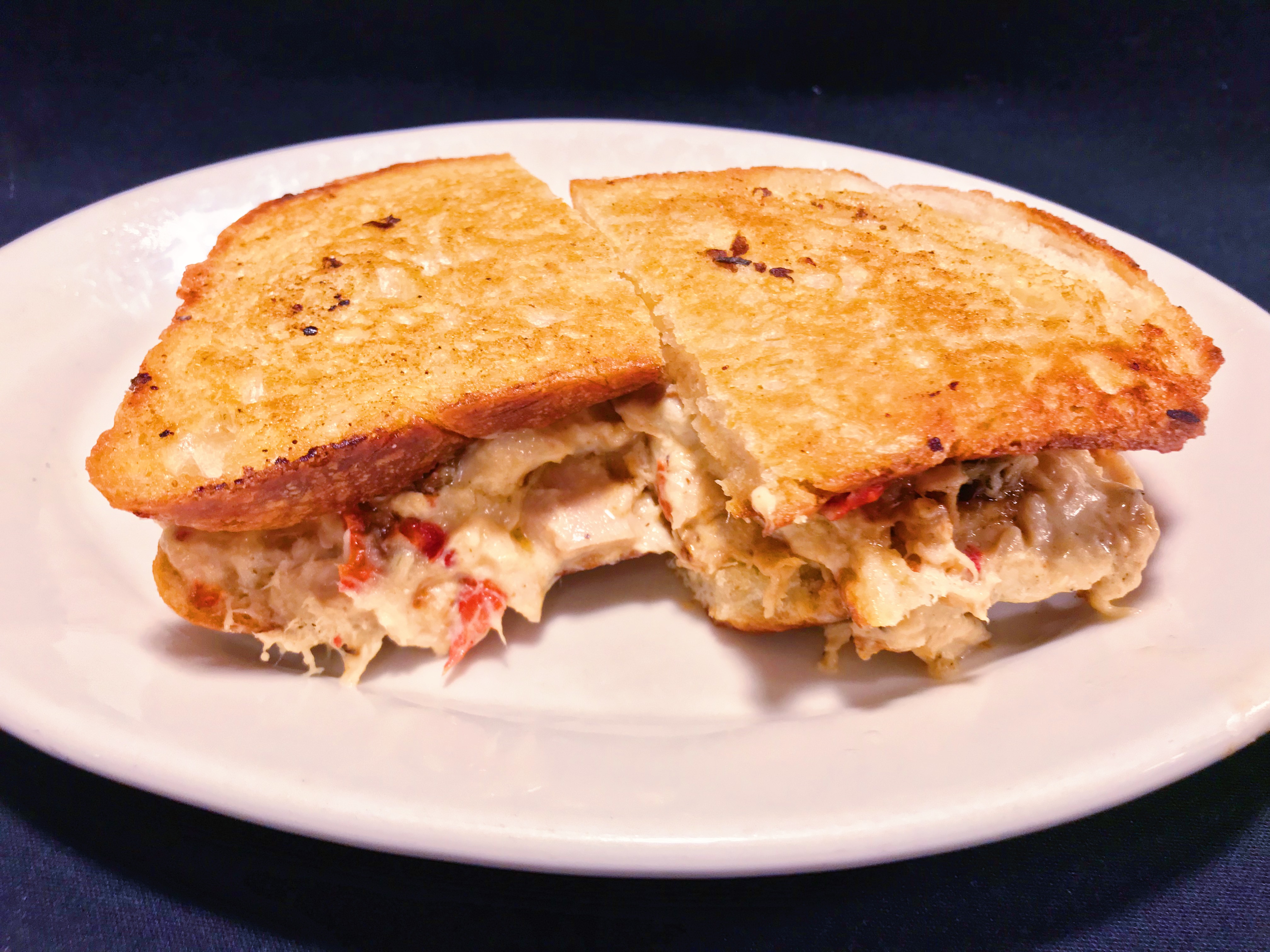 National Grilled Cheese Day is coming up, on April 12th, and it got me 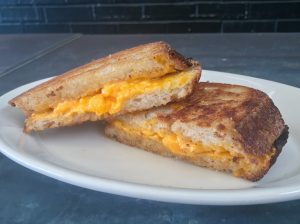 thinking about one of my favorite sandwiches at the Roadhouse. It’s really so simple, but melty, gooey, and heartwarmingly delicious.

For those of you who have mastered the art of cooking grilled cheese, you know it’s not easy to make. One has to find that perfect balance of golden toasted bread with perfectly melted cheese inside. Everyone has their own technique. Picture the scene with the clothing iron from the movie Benny & Joon. You have to figure out what works, but once you do, it’s well worth the patience.

Years ago I work for a 5-star restaurant in Chicago run by a very talented award-winning chef from Australia. He had never tried grilled cheese before in his entire life. Also, having never toasted a cheese sandwich before, the 5-star chef burned the first two sandwiches he tried to make. It was on the kid’s menu, and one night he cooked it for a young guest. After he managed to successfully toast the grilled cheese, the chef tried one for himself. He was blown away. All it took was a couple of melted slices of American cheese on buttered white toast for this chef’s knees to buckle a bit. There might have been tomato soup involved, too.

Ancient Roman texts describe recipes similar to our modern version of the sandwich. It could be traced back at least to the 1900s, to the Croque Monsieur, a French open-faced sandwich served with ham then smothered with melted Comté or Gruyere. Although the fact that there is ham present might bring about some debate around its authenticity as a true grilled cheese. More on that later.

At the very least, we know that grilled cheese sandwiches start popping up around the 1920s after the invention of sliced bread. Shortly before that, in 1914, Kraft & Bros. Company opened it’s first processed cheese plant in Illinois. By the time they introduced Kraft Singles in 1949, Navy cooks had been preparing thousands of cheese sandwiches during WWII using grated cheese.

Thank you Kraft, but I think we’ve got this.

The beauty of the grilled cheese sandwich is that it can be made with so many different cheeses! We have a ton of gourmet cheeses on our list at the Roadhouse. Can we do American? Sure. But why not try a Hook’s 10-year Aged Cheddar? Or how about a Kenny’s Farmhouse Chipotle Colby to spice it up a bit? No wait, I’ve got it– Zingerman’s Creamery Goat Cheese on Roadhouse bread, with a bowl of Cream of Asparagus Soup? Yessssss….

Recently, a friend of mine told me that once you add ham to a grilled cheese sandwich, it is no longer grilled cheese. He’s got a point. Does that mean you can’t add anything to a grilled cheese? I think the possibilities are endless. Last fall, the Roadhouse featured a grilled cheese on the menu in honor of Zingerman’s Creamery, made with spiced plums and their award-winning Manchester cheese. It was heavenly. Another favorite was the Klaver’s Grilled Cheese, made with Roadhouse Rye bread dipped in our Red Rage BBQ sauce. It was named after one of our bussers, who accidentally dropped a whole loaf of the bread in the sauce. Instead of throwing it away, we turned it into a special. Oh man, it was good.

My personal favorite is always going to be with Ari’s Pimento Cheese. Lately we’ve done a Pimen-tuna Melt on Zingerman’s Bakehouse Sweet Wheat that is killer. But honestly, I could go for a grilled pimento cheese sandwich with Nueske’s applewood-smoked bacon any day, tuna or no tuna. I am also a big fan of subbing out the bacon for pickles.

You heard me. A few years ago I got into British television programs, and just about every show I watched would mention a cheese and pickle sandwich. Two of my favorite things in one place? How do I make this happen? The traditional British version is made with cheddar cheese and a sweet, vinegary pickle chutney, which sounds amazing in and of itself. For some reason, I kept envisioning this sandwich with Roadhouse pimento cheese and sliced Zingerman’s Deli pickles. So that’s how I started making it, and after grilling it to perfection, it is without a doubt one of the best things I’ve ever eaten.

Seriously, come in and try it! We can make you a grilled cheese anytime, with any cheese on our list. Add bacon, add pickles, add tomatoes, or just keep it simple. Classic. All American. Comfort-food.

Check out our lunch menu!