Fried Fish at the Roadhouse 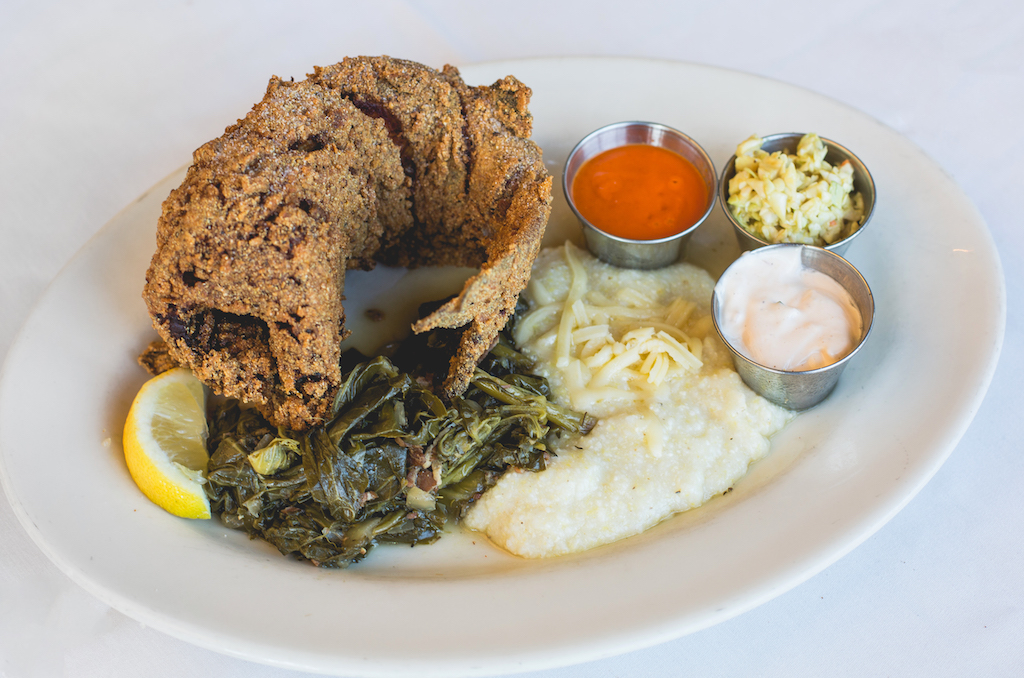 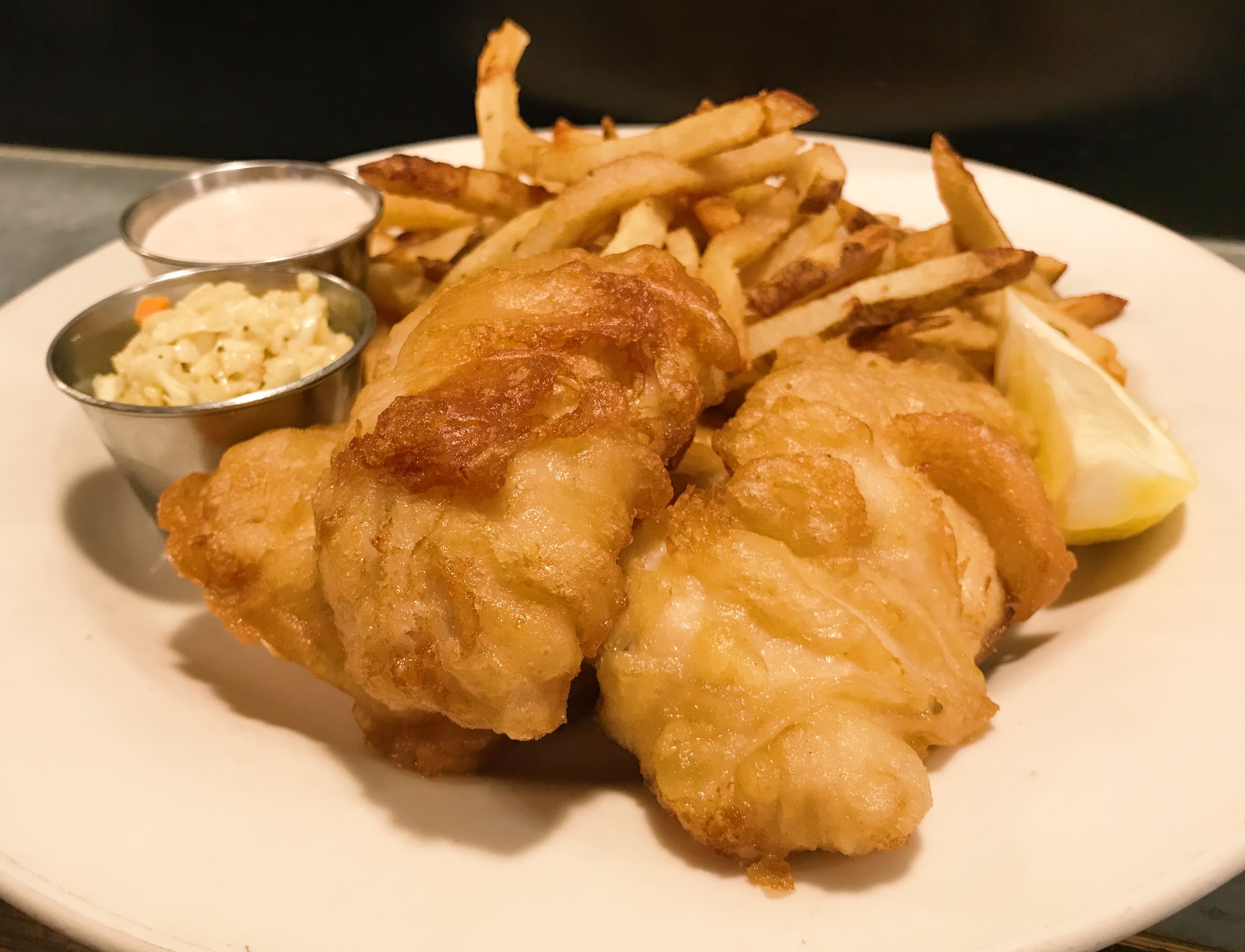 The fish fry is a classic American tradition, bringing people together to create special memories as they enjoy special flavors. It’s a foodway enjoyed all over the United States, and every region will claim that their version is the best. At the Roadhouse, we don’t show favoritism. We offer fried fish every day on our menu in two ways, as fish and chips or as Southern fried catfish. We love them both, in very different ways.

Fish and chips is a dish people often associate with the UK, and rightly so. Fried fish can actually be traced back to Western Sephardic Jews, who settled in England in the 17th century and prepared fish coated in flour. The inspiration for this recipe was most likely pescado frito, a floured and fried fish that was coveted in Spain and throughout the Mediterranean. The Andalusian Jews in Spain enjoyed the fish on Shabbat in the 16th century. Once the culinary phenomenon of battering and deep frying fish coincided with that of fried potatoes, the resulting trend took off all over the UK. But the first known fish and chip shop, or “chipper”, to open in London in 1860 advertised fish made in the “Jewish fashion”. Before long, the paper-wrapped goodness could be found all over Britain.

The deliciousness known as fish and chips crossed the seas to become popular in the United States. While the style of breading, the type of fish, and the sides served with it vary by region, the customs are strong everywhere with this one. It’s a deeply rooted Lenten tradition as a way to enjoy fish on Fridays, and a prominent offering at potlucks and social gatherings in many areas of the United States. One could enjoy it fried up in beer batter on a Friday in Wisconsin, or on the bank of a lake as a Shore Lunch in Minnesota. Serve it with coleslaw, tartar sauce, French fries, or potato pancakes–no matter what it will always be authentic.

At the Roadhouse we make ours with either blue cod or haddock, the same types of fish used in England, Ireland, and upstate New York. Both species offer a firm white flesh that stands up well to our full-flavored beer batter. We make it with the P.U.B. Lager that Wolverine State Brewing Company in Ann Arbor brews just for us, and it fries up golden and crispy. Our fish and chips is a favorite with our regulars and our staff, served up with our twice-cooked French fries, mustard coleslaw, and housemade tartar sauce. Sometimes nothing else will do except for that flaky tender fish, wrapped up in a light, steamy shell, drizzled with lemon or malt vinegar.

This dish has always impressed me, and I’m even more impressed by the people who can consume the entire thing. I mean, it’s a whole durn catfish. This is a Southern tradition we don’t mess around with. Whether the whole fish is breaded with cracker meal or cornmeal before being fried, there is a craft in how to eat it, working your fork against the spine to pull away the tender morsels.

The Southern fish fry is also known to be a social event, although it originated as a way to feed blue-collar families in North Carolina. Southern Foodways Alliance has put together an excellent film about the riverside fish camps that popped up in North Carolina as a way to feed textile mill workers in the 1940s. The laborers would catch their own fish and the fish shacks would clean and fry it for them, then serve it with hush puppies, French fries, and coleslaw. The feast brought about a sense of community as the workers gathered on their days off, a feeling that continues today as families and friends gather to enjoy the bounty of fried fish.

We coat ours with buttermilk and Anson Mills’ organic cornmeal before we fry it up whole. After adding a pinch of garlic salt, we serve it with Anson Mills’ stone-ground grits topped with Cabot cheddar cheese, our yellow mustard coleslaw, and a mess of bacon-braised greens. We named it after Uncle Joe Burroughs, the father of our friend and food tour expert, Peggy Markel. Peggy has fond memories of growing up in Alabama, eating her father’s fried catfish. “He always wanted his own fried catfish joint. He was famous. People came from far and wide to our house for some of ‘Uncle Joe’s famous catfish.’ We never had enough money to realize his Catfish Café, but we had one anyway, every Friday night at our house with people going crazy over crispy fried catfish.”

Whether or not you choose to share your catfish, I recommend bringing your appetite for this one, because you won’t want to stop once you dig in. Every bite melts in your mouth.

← Previous: Raye’s Yellow Mustard from Maine Next: Sea Scallops at the Roadhouse →