Caramel Apple Cider at the Roadhouse 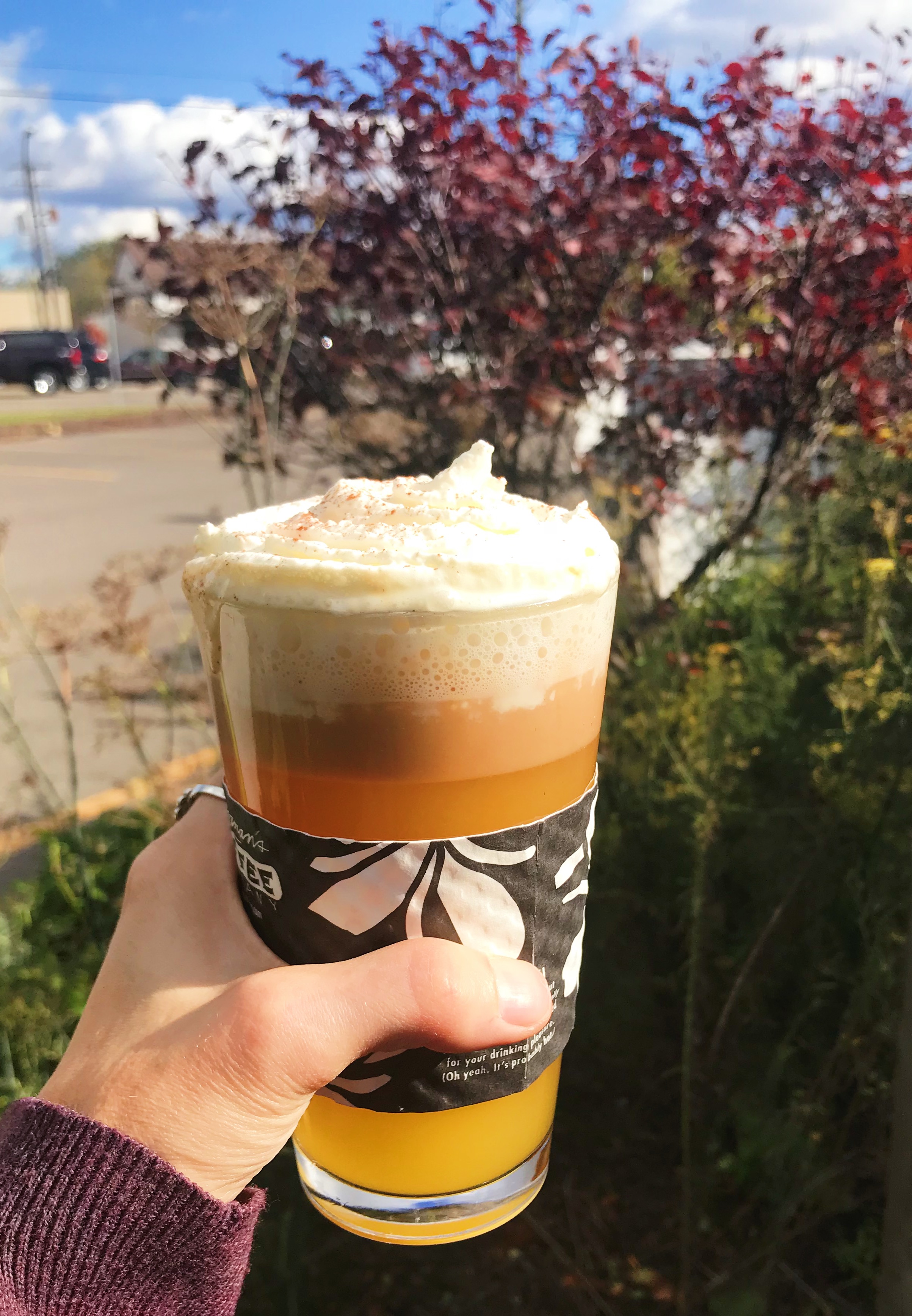 One of the amazing things about living in Michigan has to be apple season. As soon as the colors on the trees starting turning, you can find me at any local orchard loading up with as many apples as I can get my hands on. Apple pie, apple cobbler, caramel apples….all the apples.

The best part about going apple picking at a cider mill, though, is always going to be the cider. It’s a labor of love, and it tastes like a crisp autumn day. It has not been unusual for me to upend a gallon of it into my mouth. While many local ciders offer just the flavor I am looking for this time of year, I am hard-pressed to find one that beats Hy’s cider from Romeo, MI.

Hy’s Cider Mill has been around since the 70’s, but the orchard itself has been in the Goldstein family since the 1930s, when Joe Goldstein purchased it on 37 Mile Rd. His son, Hyman, sold apples at Eastern Market in Detroit with Joe, then started the mill so he could sell cider at the market as well. Today, Joe’s grandson Jim now owns and operates the orchard and the mill, and is proudly teaching his children to take over someday.

The Roadhouse has been using their cider pretty much since we opened. The flavor just can’t be beat. It’s tangy and and crisp, every sip like biting into a freshly picked apple. Every fall we serve it out of the Roadshow steamed, and it really is delicious on its own. But of course at the Roadhouse, we have to take it to another level.

So we make a Caramel Apple Cider. And it’s amazing! The Roadshow steams Hy’s cider with homemade, creamy caramel syrup, then tops it off with real whipped cream and a dash of cinnamon. One of our veteran servers, Sharon Kramer, loves this cider. She likens the flavor to Grandma’s apple pie, and that is exactly what it tastes like. There is something about the cream melting into the warm cider and mixing with the caramel that offers a hint of buttery pie crust. Ya’ know how when you first pull an apple pie out of the oven, you can see the thickened juice bubbling up around the apples and caramelizing at the edges? We’ve captured that in a drink.

As the weather cools, drop the gloves and warm your hands (and your soul) with our Caramel Apple Cider. Your inner child will thank you.

What other warm delicious drinks are offered through the Roadshow?

← Previous: We The People Grower's Association is Growing Next: Curried Sweet Potato Fries at the Roadhouse →