BBQ Hash at the Roadhouse 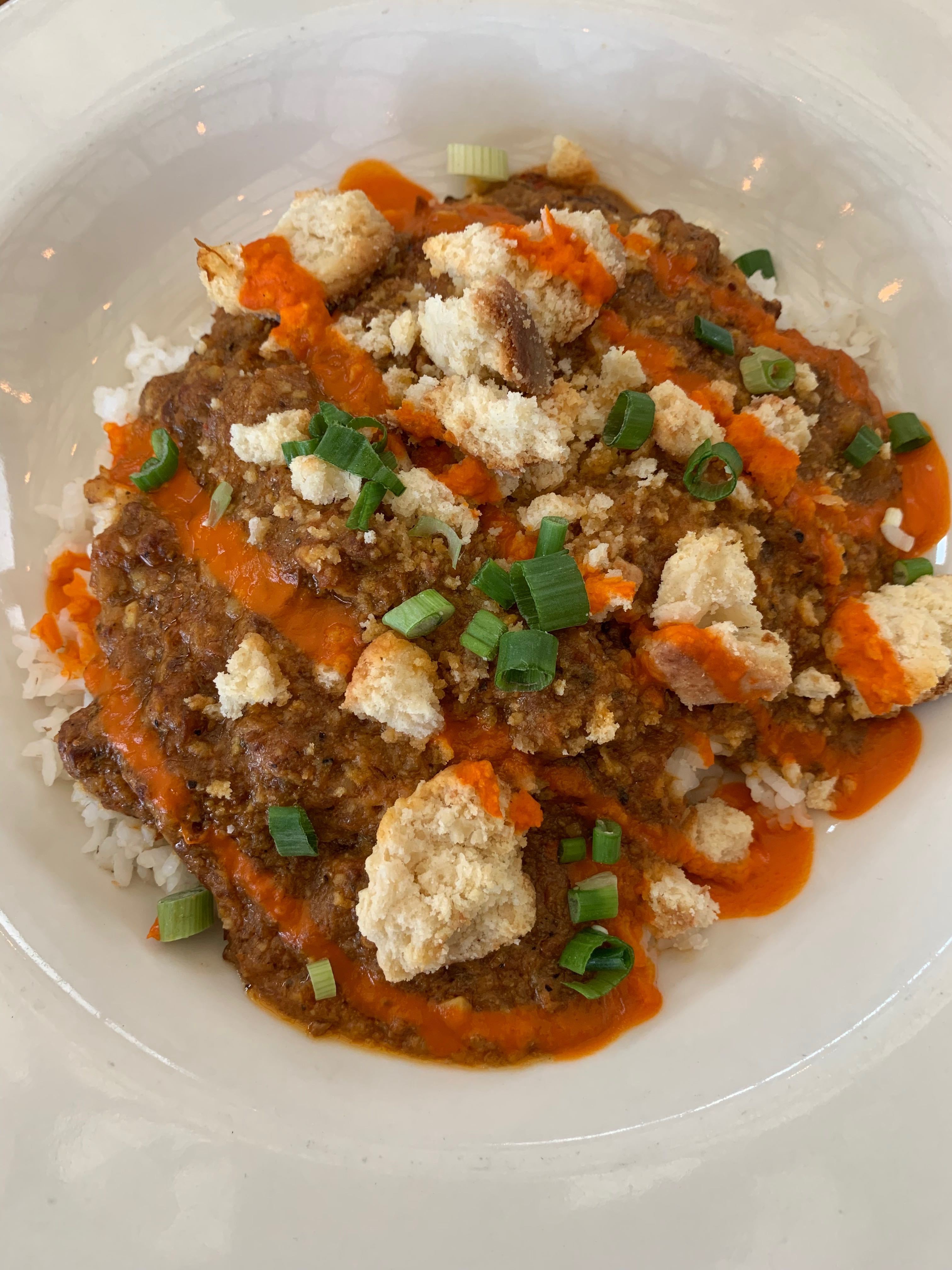 A terrific taste of South Carolina

Thanks to head chef Bob Bennett, we’ve got a tasty new bit of traditional barbecue on the Roadhouse Specials list this week! If you’re from South Carolina, or have done some serious study of regional Southern specialties, then you’re probably familiar with barbecue hash. More likely, though, it’s completely unfamiliar. Robert Moss writes in his book Barbecue Lover’s The Carolinas: Restaurants, Markets, Recipes & Traditions, “Like yellow-mustard based sauce [which we also have regularly at the Roadhouse], hash is one of the regional twists that baffles newcomers to South Carolina barbecue. A cross between a meat stew and a gravy, it’s almost always served over a bed of white rice and it’s the state’s signature barbecue side item.” While pulled pork and ribs tend to garner national attention, in the small communities of South Carolina, hash remains an everyday attraction!

It’s origins? The word “hash”—as in corned beef hash—comes from the French, hacher, meaning “to chop.” Some culinary history folks credit barbecue hash to enslaved African Americans who needed to make meals out of the small bits of meat to which they were allowed access. Others offer that it was invented by meat-focused German settlers. Whoever did it first, it’s likely that the dish worked well for anyone who would have been wary of wasting trim and scraps and wanted to turn bits and pieces into a singularly delicious dish. One that’s now one of the state’s culinary signatures! Barbecue hash served as a community builder as well. Libby Wiersema writes that, “Huddling around a simmering pot of hash is a time for kinship, a social rite where warmth is found through fire, food, fellowship and the following of recipes handed down through generations by masters of hash-craft—those pot-stirring wizards with a knack for turning odds and ends into Southern foodways gold.”

While it would certainly be good at a holiday meal, hash in South Carolina is down-to-earth, day-in, day-out fare. Jake Allen, the man who manages the marvelous Midway BBQ in Union, South Carolina says, “I eat hash six days a week.” He speculates that his father-in-law, who started the place “ate hash seven days a week—he took it home on Sunday!”

Bob’s put together a Roadhouse barbecue hash using bits of smoked pork and beef all turned into a great, just-a-bit spicy, gravy based around the South Carolina Yellow Mustard barbecue sauce. We’ve got the barbecue hash served up as a main course over the great organic Carolina Gold Rice topped with small bits of a toasted buttermilk biscuit. In South Carolina, hash is also a typical side dish, so order up a small plateful to accompany whatever else you’re ordering. Hash is on the weekend brunch menu as well, topped with a couple of poached eggs. And I’m thinking it’d make a great lunch sandwich—sort of a South Carolina Sloppy Joe!

Come on by this week for some community and some great South Carolina comfort food!!

Check out our other dinner specials!