Bourbon: The “Liquid Gold of America” 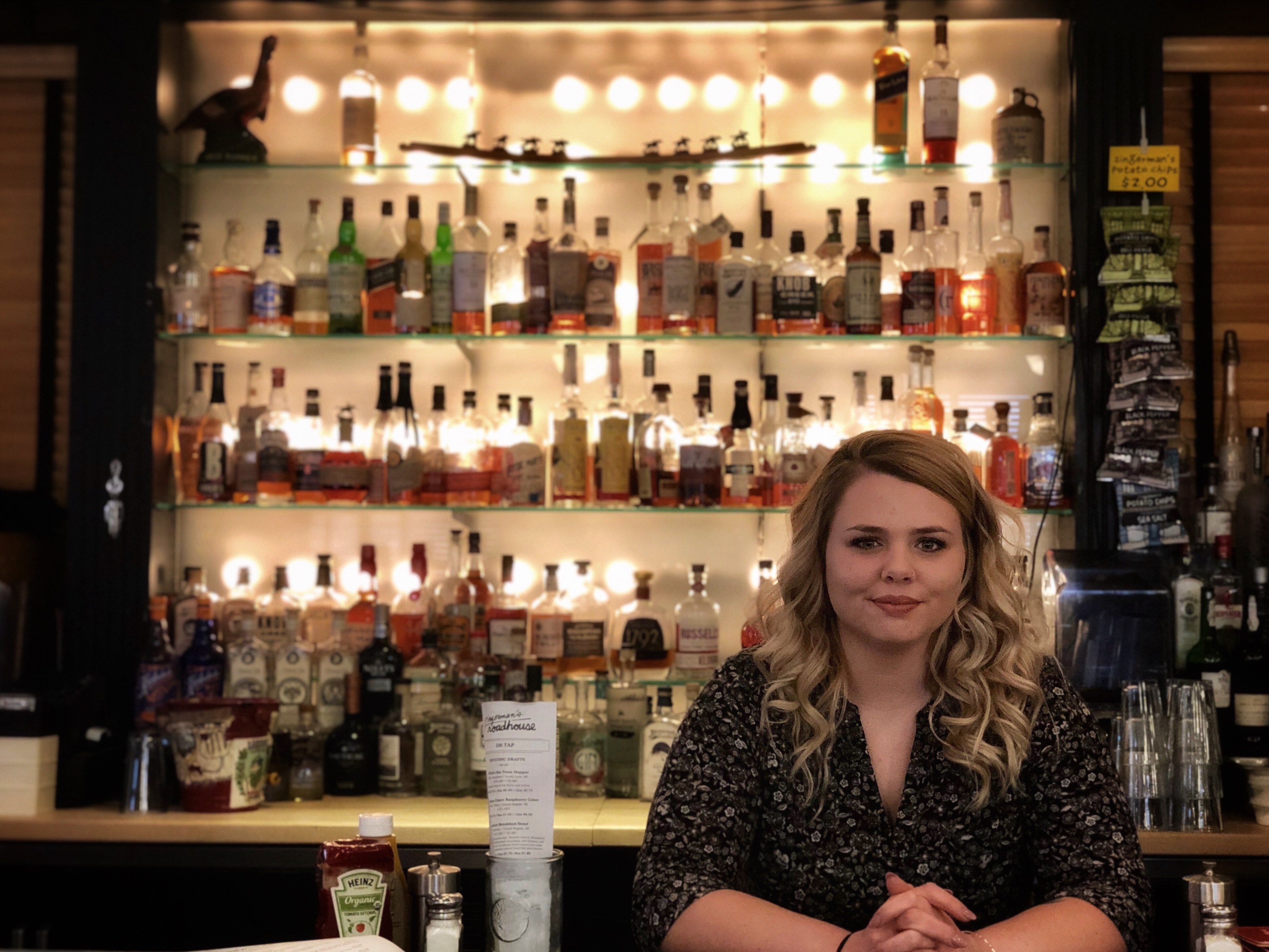 If you’re not drinking Bourbon at the Roadhouse, you should be!

From a bartender’s perspective, the popularity of bourbon has risen significantly thanks to popular tv shows like Mad Men and a booming industry of craft cocktail bars. Euromonitor, a market research company, states that American whiskey sales have risen a whopping 40% in the past 5 years. Folks have come to appreciate the sweetness of bourbon over the smokiness of it’s eternally-popular cousin, Scotch.

You’ve probably heard that bourbon must be made in Kentucky to be named such, but the law says it can be made anywhere in the United States. The mixture of corn, malted barley, wheat, and rye must be at least 51% corn, stored in new charred oak barrels, and can’t exceed 160 proof. While there is no minimum age requirement many bourbons are aged for years, like one of my personal favorites Elijah Craig 12 year. Aging for longer periods forces the distillery to project demand years in the future, making availability spotty and creating hype when particular brands are scarce.

Being a restaurant that specializes in really good American food and beverage, it makes perfect sense to have many different bourbons available. While the majority are distilled in Kentucky, we carry bourbons from Michigan such as Detroit City Butcher’s Cut and the increasingly popular Journeyman Featherbone from Three Oaks. High West Distillery from Park City, Utah is a crowd favorite with their various ryes, American Prairie bourbon, and Campfire; a blend of bourbon, rye, and Scotch.

There is no standing rule that you have to spend more for good bourbon. Two years ago at the Roadhouse bar, W.L. Weller went mostly unnoticed on the shelf. Rumors began that Weller was the same as highly sought-after Pappy van Winkle with a different label and much lower price tag. There is some truth to this, as they have the same mix of grains, but their age and warehouse locations are vastly different. Today we can hardly keep Weller bourbons in stock!

The best part about drinking the “liquid gold of America” at Zingerman’s Roadhouse, is you can can sample anything before committing to a full pour. In fact, we encourage sampling to ensure we find you a product that will provide a memorable experience. Whether you’re sipping it neat, on a giant ice cube, or enjoying it in an Old Fashioned or Manhattan, you’re going to love it alongside our pit-smoked barbecue. Better yet, visit us at the bar on Thursdays when we feature a Blue Plate BBQ special and $2 off any bourbon pour. Don’t forget to ask for a bourbon punch card–buy 9 and get the 10th for a dollar! See you next week?

← Previous: On a Beach Somewhere Next: Feta, Arugula, Apple, and Cashew Brittle Salad →