Journeyman Distillery: From Grain, to Glass, to Roadhouse 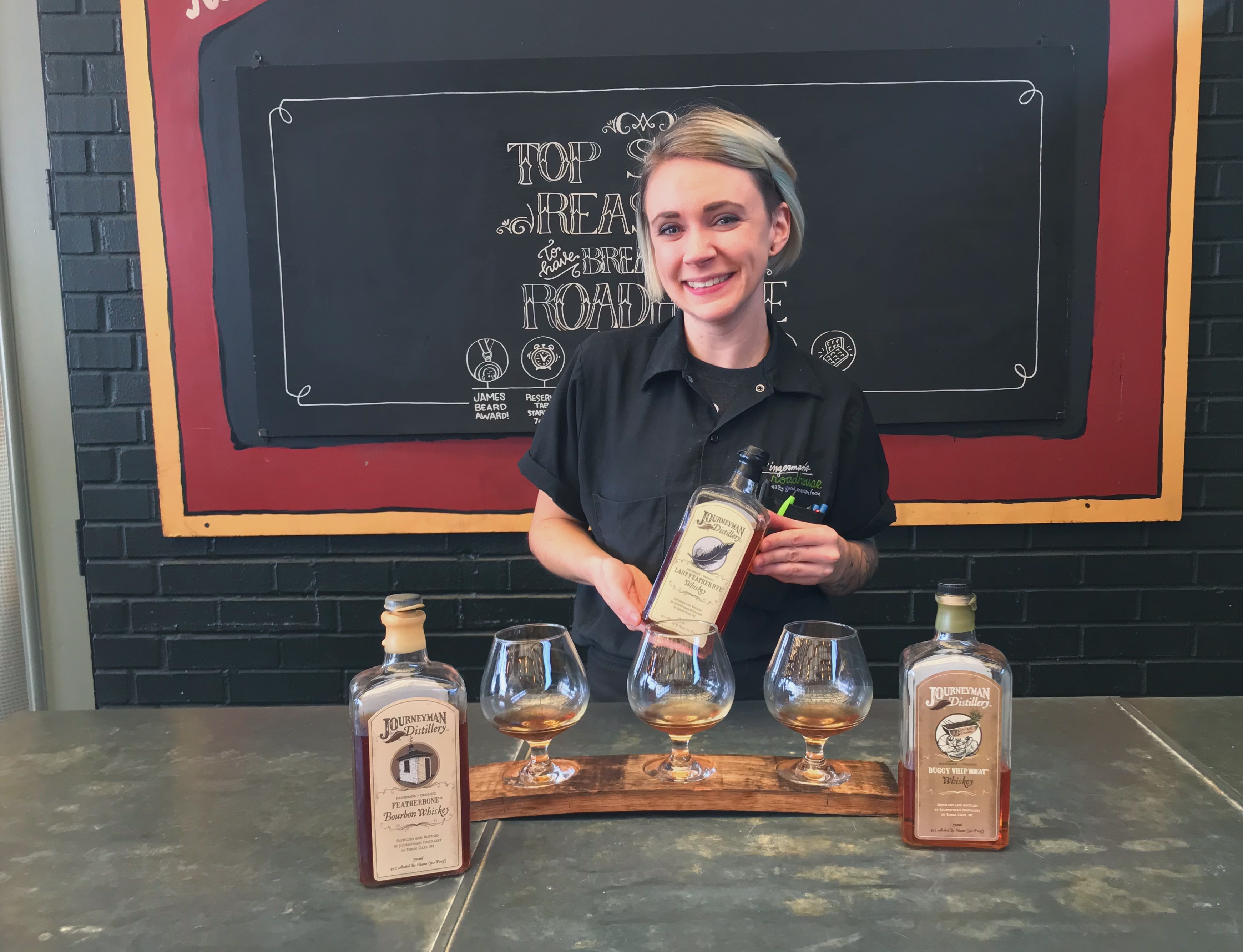 A journey to find the quality you seek may not take you far from home. While the Roadhouse has had many adventures seeking out the best liquor in America, one of our favorite discoveries has been right here in Michigan. Journeyman Distillery in Three Oaks offers everything we could hope for in handcrafted spirits: A commitment to quality, to staying 100% organic and kosher, and above all, to really good flavor.

That’s not to say we don’t love a good story, too.

We are Zingerman’s after all! The story of Journeyman Distillery begins with a corset and buggy whip factory. The space Journeyman currently occupies was used by E.K. Warren in the late 1800s for producing the first line of corsets made with featherbone instead of whalebone. Apparently he was also a prohibitionist. But perhaps if he was around to taste the whiskey coming out of his former factory today, he might chirp a different tune. At any rate, he put the small town of Three oaks on the map with his comfy corsets.

Fast forward to 2006, and a golf lover by the name of Bill Welter travels to Tasmania to visit his friend’s new golf course. Greg Ramsay not only developed the famed Barnbougle Dunes Golf Course in Tasmania, but his love for whiskey led him to turn and old grain mill into a distillery. Bill plays golf, visits the distillery, and drinks some whiskey. A few years later, he would return to Tasmania to learn the craft of distilling. By the end of 2010, Bill and his father, Chuck Welter, had purchased the old featherbone corset factory that once belonged to an avid prohibitionist…and turned it into a distillery.

The Roadhouse becomes a part of the story!

And what a fine distillery it is. By using the best quality grain in the Midwest from organic farmers, Journeyman has produced excellent whiskey with spirited flavors. We are thrilled to showcase them in a new flight at the Roadhouse. One of our bartenders, Lauren Grant, came up with the idea to showcase the rye, wheat, and bourbon whiskeys we bring in from Journeyman.

Lauren says, “I was inspired to put this flight together to showcase really great American whiskey that’s distilled in Three Oaks, Michigan. All of the grains (wheat, corn and rye) the folks at Journeyman Distillery use are certified organic and I love supporting businesses who go the extra mile to ensure they are using quality ingredients. The Buggy Whip Wheat is crafted from 100% organic Michigan grown wheat. This flight is a fantastic way to experience three different variations of a classic American spirit while also supporting a local Michigan Distillery.”

A toast to the prohibitionist who understood quality.

In order of tasting, the flight includes Featherbone Bourbon, the Last Feather Rye, and Buggy Whip Wheat. The Last Feather is a 2X Gold Medal winner, and the Featherbone has received accolades for being one of the best bourbons made outside of Kentucky.

Of the Featherbone Bourbon, Journeyman Distillery states: “Today, we create quite a different kind of Featherbone at Journeyman and find it ironic to be operating a grain-to-bottle distillery in this once “dry” community.  We hope that E.K. would find it in good spirits to see us carrying the torch for manufacturing into the 21st century.”

The folks at Journeyman named several of their whiskeys in honor of E.K. Warren and his revolutionary and adventurous spirit, and also in recognition of the fact that the products he made were done so in a time when manufacturing meant American-made. Journeyman has continued to do so with their artisan spirits right here in Michigan–a great place to live, eat, and drink whiskey.

What will you eat with your whiskey? Check out our menus!

← Previous: Rice and Race; A Taste of African American Rice Cooking Next: On a Beach Somewhere →