Ribs at the Roadhouse 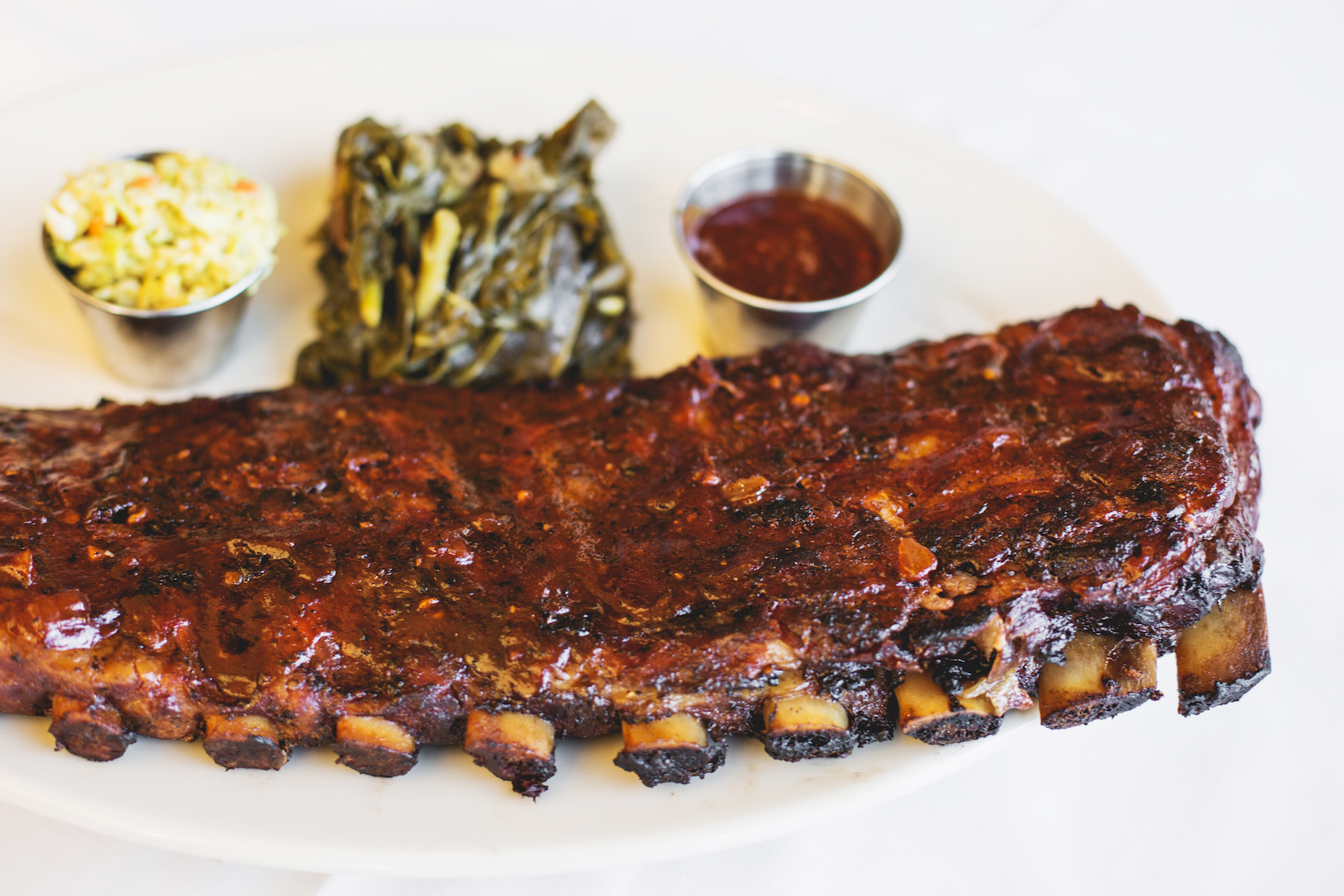 A quality pork, a bunch of spice and smoke, a plethora of patience.

As we enter month ten of the pandemic, in a culinary world where carryout has become an ever more prominent part of what we do, ribs from the Roadhouse have been one of the big “winners.” Not only have they been popular, they’ve also been terrific. If you like barbecue—or maybe even if you don’t—give them a try. It’s amazing how many compliments we get on them—many from folks who’ve traveled the country and consider themselves aficionados. A couple years ago, long before any of us had ever imagined anything like a pandemic, one of our longtime regulars did a road trip across much of the Southern U.S. He’s a big rib guy so he made a point of stopping at most of the famous places. When he came back he pulled me aside to tell me that he’d tried ribs from a couple dozen high-end spots, but he didn’t find anything to match what he’d been eating here for years. I’m not competitive enough to try to get them in some sort of ranking; I’ll just say that if you like eating ribs, treat yourself to a rack or three.

Why our ribs are so good.

A big part of what makes the ribs so special is the raw material. We start with St. Louis-cut—the meatier ribs cut from the belly of the hog after the pork belly is removed—from Niman Ranch farmers. Check out the Niman farmer protocols to get a good idea of why the quality is so high. In a nutshell, it’s a reliance on old, more flavorful, lower yield breeds; pastured hog raising; better marbling in the meat; no antibiotics; and bringing more mature animals to market. All of which lead directly to a bigger flavor. (Niman Ranch have also, I’m happy to say, been supporters of the Independent Restaurant Coalition this year.) The Niman product really is great. While standard issue, inexpensive, “industrial pork” could work just fine as a way to convey smoke, spice, and sauce, it brings surprisingly little in the context of flavor. It won’t look all that different to the casual observer but anyone who tastes it in finished form will be able to tell the difference in about two minutes.

A bit of spice makes everything nice.

To put the ribs together, we season them with sea salt, Tellicherry black pepper, cumin, and coriander and then put them out on the pit over low temperature from the oak wood fire for about three hours. The pit work is, of course, a craft that has to be adjusted daily depending on outside temperature, humidity, wind, etc. When they come off the pit, the ribs are sealed into heavy roasting pans with a bit of (organic Quebec) cider vinegar then put into the oven to braise for a second three-hour period. Finally, they’re taken from the oven without breaking the foil seal and then allowed to steam for another three hours. The whole thing is, of course, done with love! The result is some seriously tender, softly smoky, nicely spicy, and very flavorful pork.

How to enjoy our ribs at home.

To serve them, we heat ’em up on the grill, and dress ’em with some of the Roadhouse’s Red Rage barbecue sauce. The sauce is also special—tomato-based with plenty of beer, Urfa red pepper from Turkey, Tellicherry black pepper, brewed coffee (Roadhouse Joe, of course), Muscovado brown sugar, and some chile pequin to spice it up a bit. The ribs are very good, too, with the South Carolina Mustard barbecue sauce—I think I actually prefer them that way. If you bring them home sauce-less, you can also do them as dry ribs—which I learned I think in Nashville. Heat them in the oven, sans sauce, when they’re hot, sprinkle on a good bit of Spanish Pimenton de la Vera paprika and give them a few more minutes in the oven—or if you’re being bold, better still, outdoors on the grill. Sauce should be strictly on the side, for dipping only. I’m also a big fan of pulling the meat off the bone and making a really kick-butt rib sandwich—add a scoop of the Roadhouse’s mustard coleslaw, some sauce, and pile it on a brioche roll from the Bakehouse. Terrific!

You can order the ribs to pick up at the Roadshow hot to take home (maybe give them a bit of heat before you eat—I like mine hot!) Or pick up a few racks cold, and reheat them fully in your oven.