Hen of the Woods Mushrooms Pop Up at the Roadhouse 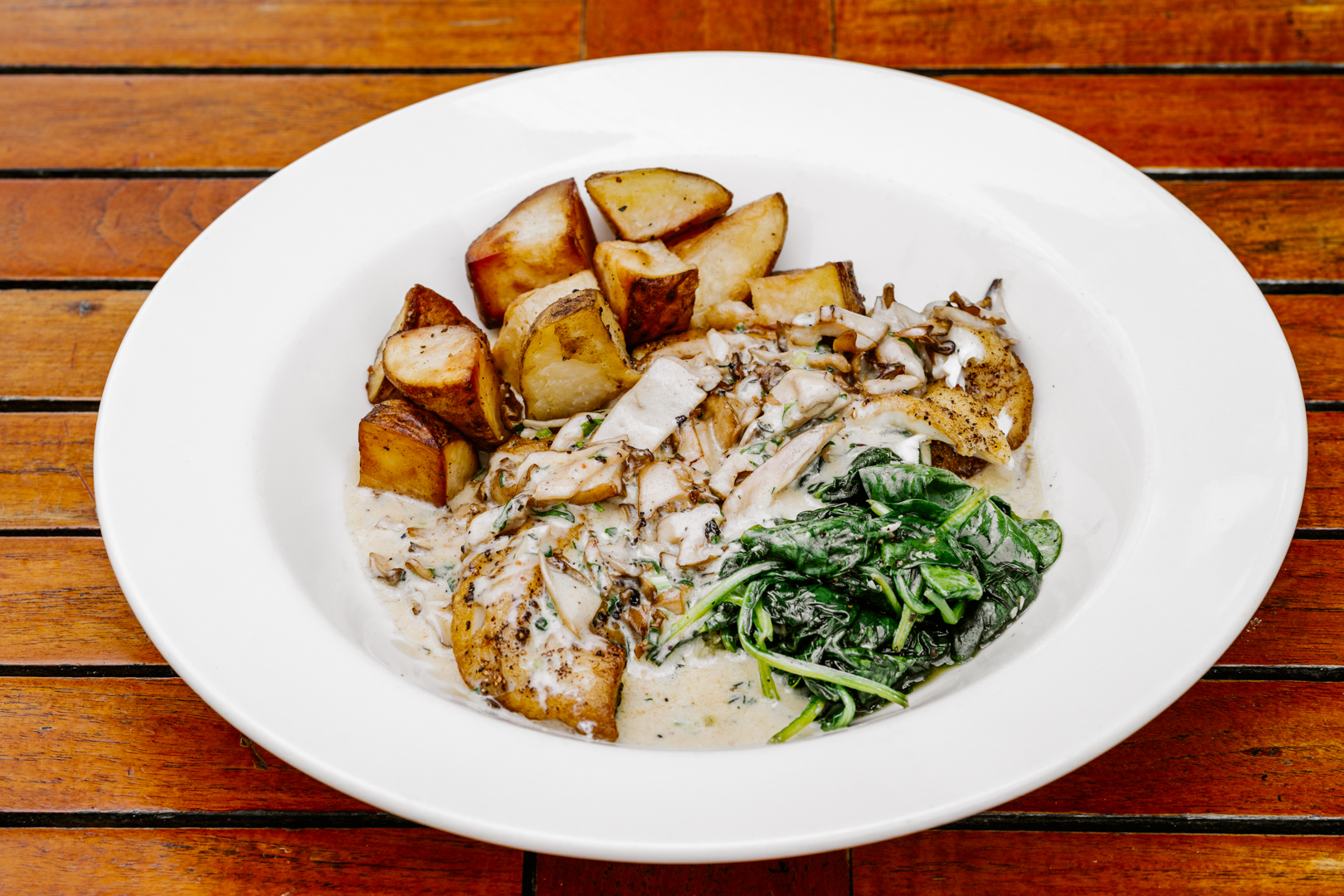 Anyone who lived within walking distance of the woods in centuries past would almost surely have spent a good bit of energy making time each spring, and then again in the autumn, to go mushroom hunting. Mushrooms, like pretty much all wild gathered foods, could be had for free, and added enormous amounts of flavor to one’s cooking in an era when both meat and spices were generally very costly. By doing diligent drying they could be stored to add flavor to soups, stocks, and sauces throughout the rest of the year. For the few weeks one can get them in their fresh form, they would have been eaten abundantly. Folk wisdom would have had it that wild mushrooms were wildly good for you.

Here in southeastern Michigan, we tend to have a pretty good showing of wild mushrooms in the spring and fall. And as the culinary awareness around Ann Arbor has grown over the years, I’m happy to say that more and more people are going out to get them! Over the years, chef Bob Bennett at the Roadhouse has built up a good-sized group of foraging mushroom hunters to gather the goods when the time is right and bring them in for the restaurant to cook with. Hen of the Woods are as big in flavor as they are hard to find; Paul Stamets, the well-known American mushroom expert, calls them one of his “favorite mushrooms.”

In Japan, Hen of the Woods mushrooms are known as maitake. From roughly the 13th to the 16th centuries, when feudalism was the order of the day in Japan, maitake mushrooms were used as money. Foragers would exchange them for silver from the Royal Court. You can’t cash wild mushrooms in today for precious metals, but they remain precious to those of us who value full flavored traditional foods. In addition to the fact that they taste terrific, there does indeed seem to be increasingly strong support for the belief that maitake have meaningful health benefits—they appear to significantly support the immune system, reduce blood pressure and blood sugar levels, and have cancer fighting properties and have been used in traditional Japanese medicinal practice for centuries.

This week we’ve got them on the menu, while we can get them, in three wonderful ways:

Otto File is an old 8-Row corn varietal that has become very hard to find over the years. Like most of the old heirloom varieties, it’s low in yield but high in flavor. We get it from the good folks at Anson Mills, meaning it’s grown organically, freshly milled when we order it, germ (natural corn oil) left in, and exceptionally delicious! Served with a leek- and herb-scented wild mushroom sauce over top, it’s terrifically tasty!

Sautéed Michigan Hen of the Woods and Wisconsin Baby Swiss (from Chalet Cheese Co-op in Monroe, Wisconsin, making cheese since 1885), atop our ground-fresh-daily from pasture raised, dry aged beef, hand-pattied and grilled over oak burger. Served on a beautiful brioche bun from the Bakehouse to boot!

Haddock with Hen of the Woods Sauce

Fresh, sustainably caught, Atlantic haddock topped with a sauce of the Hen of the Woods, fresh herbs, shallots, and cream. Served with roasted Red Pontiac potatoes (the seed variety for which dates back to 1938) from Two Track Acres.

Appreciation to all of our foragers for going into the forest and finding these terrific mushrooms. Thanks to Bob and the crew at the Roadhouse for getting them onto the menu! As is true with so much wild-foraged food, supplies are short so come by when you can, and if you like, check the day’s menus online before you do! Maitake in Japanese means “dancing mushroom” and if you like mushrooms as much as I do, I’m pretty sure you’ll be dancing if you order any, or all, of these super-fine fall dishes.