New Pecans at the Roadhouse 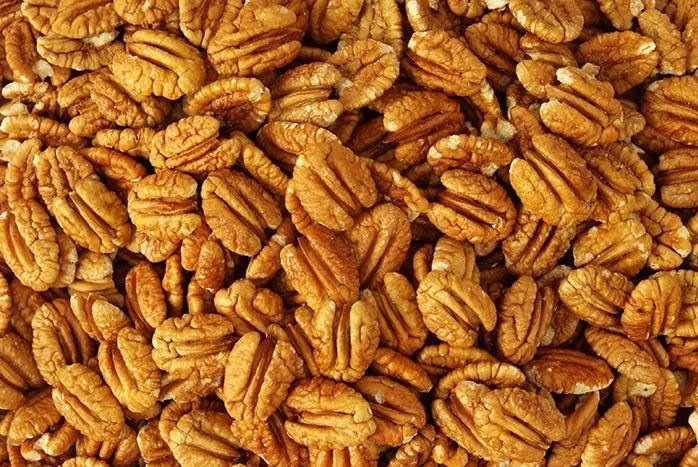 Tasty new nuts from a 5th-generation farm in Texas

As we were approaching Zingerman’s 40th Anniversary, I happened to read something about the pecans grown by the Millican family down in Texas. Always curious to see if we can improve the quality of our food, I ordered a few bags. Boy, am I glad I did! I went back to the bag multiple times over the course of about ten days to make sure I wasn’t imagining it, and, sure enough, you really could taste the difference! It’s not like what we had at the Roadhouse wasn’t already good. It’s just that the Millican pecans are markedly better still: they’re more flavorful, the aroma is amazing, and the texture is more vibrant. So good I could barely stop eating them! Now we have them on the menu at the Roadhouse.

About the Millican Family.

The Millican farm was founded back in 1888, by Kristen Millican’s great-great-grandfather, E.E. Risien. His work on pecan breeding and the quality of the nuts he got from it, gained him a good deal of attention in the area. His granddaughter, Kristen’s mother, married Winston Millican in 1938, just before the start of the Second World War, which is why the Millican name (and not Risien) is on the family farm to this day. The nuts are still grown (and shelled) by the family on site—it’s the same land her great-great-grandfather farmed over a century ago, near the town of San Saba, Texas (about 25 minutes northwest of Austin), the “Pecan Capital of the World.”

The story behind pecans.

Going back many centuries earlier, the word “pecan” is derived from the Algonquin, “pacane,” which means “nuts that you need a stone to crack.” Pecans grew wild and were harvested by whoever had access to the woods in the right parts of Texas, Louisiana, southern Illinois, and northern Mexico. European colonists began to replant wild trees more and more widely, and in the early 19th century the native American nut was being shipped back to the Continent. Tiya Miles’s All That She Carried is the terrifically told story of Ashley, a young, enslaved woman in South Carolina who was sold away from her mother Rose sometime in the 1850s. Rose packed a sack for her daughter to take with her. One of the items was “three handfuls of pecans.” Pecans, Miles notes, would have been a costly and rare item in Charleston of that era. “It was a delicacy deemed an ‘exotic import’ in antebellum South Carolina. It was a high-end item that would have been served mostly in “expensive Charleston restaurants of the 1840s and 1850s, [where] chefs served pecans as delicacies.” This was, as is still the case today with so many foods, a contrast with what had been true a hundred years earlier, an era in which, Miles says, “We might conceptualize the wild pecan as a deeply democratic type of tree. Indigenous people who have collected, planted, and prepared pecans seem to have valued the tree in this fashion.” The original horticultural work to domesticate and develop the tree was, Miles writes, likely done by an enslaved man whose first name was Antoine (enslaved people weren’t generally allowed the dignity of a last name) in Mississippi.

All these centuries later, the Millican pecans are still marvelous! Watch for them daily on the Brownie Sundae, made with one of those stellar Black Magic Brownies from the Bakehouse, and Vanilla Gelato from the Creamery! The pecans are so good we’ve put a “glassful” on the appetizer list—great to snack on while you’re sipping your cocktails and deciding what to order for dinner! And stay tuned for a series of pecan-based specials!