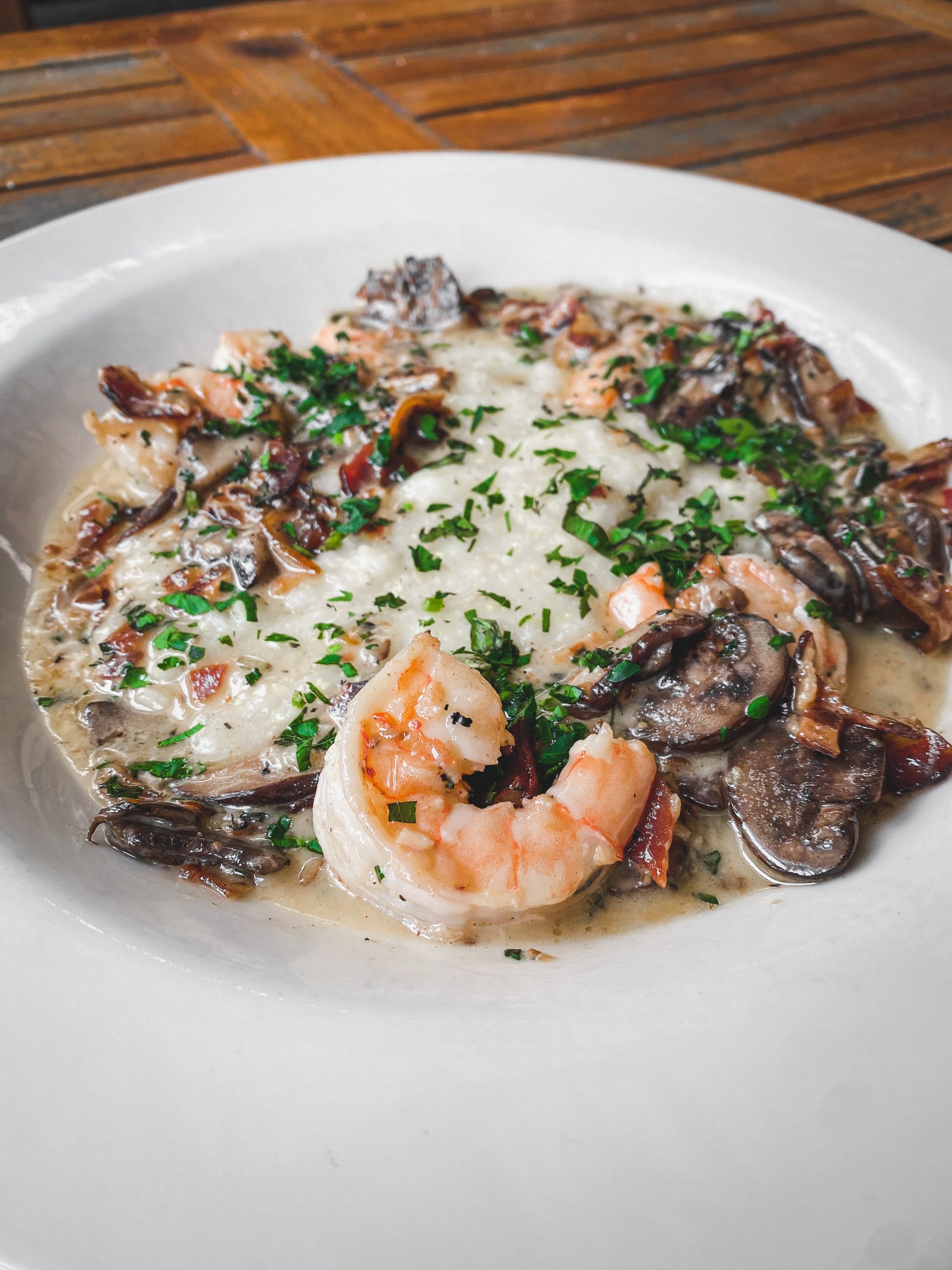 I love it when we can find ways to make our food better. Thanks to my friend Andrea Reusing, chef-owner at Lantern in Chapel Hill, we have a new source at the Roadhouse for some wonderfully flavorful wild-caught North Carolina shrimp. A few months ago, Andrea connected head chef Bob Bennett with the folks at Locals Seafood in Raleigh, and we’ve been happily buying—and eating—their shrimp (and also some great fish—more on that soon) ever since. Everything about these shrimp, from how seriously delicious they are to the way they are sold, speaks to the idea of dignity.

The Locals story starts back in the late aughties when Ryan Speckman was living on the Outer Banks. He made friends with a bunch of fisherfolk who would regularly bring fresh seafood home for dinner. He immediately noticed how much tastier it was from what he’d been used to getting in the central and western part of the state. Ryan called his friend Lin to share thoughts. A year or two later, in 2010, the two longtime friends from college started selling the wild shrimp they’d had. The shrimp are collected off the Carolina coast by Stumpy Point Bay in the Alligator River National Wildlife Refuge. Originally, the two simply drove the shrimp back to Raleigh and sold it out of a cooler by the side of the road. A few years later, they had a fish shop and restaurant in Raleigh, as well as a thriving wholesale business, of which the Roadhouse is only their most recent customer! My longtime friend, culinary historian Marcie Ferris has edited a new collection called Edible North Carolina. It’s a lovely book and includes an essay by Karen Amspacher in which she writes, “Ryan Speckman and Lin Peterson, founders and owners of Locals Seafood in Raleigh, have led the charge in promoting North Carolina seafood within the state’s local food movement.”

The Locals crew has an approach that’s very similar to that of our fish vendor, Foley Fish. As Ryan and Lin put it,

We’ve forged strong personal relationships with the folks who catch, harvest, and process the product we sell. … these relationships result in a better product for our customers and a shorter supply chain for our seafood. We know where our product came from, when it came out of the ocean, and how it was caught or harvested. This knowledge enables us to guarantee the freshness and quality of our product. If you ever want to know more about an item’s origin, just ask!

North Carolina shrimp, of the sort we get from Locals, are renowned for their clean flavor and finish—they’re the top choice of many of the country’s best chefs. You can very seriously taste the difference. I tried some in a breakfast taco at the Roadhouse recently, and they really are remarkable.

Their excellence, unfortunately, is not the norm. American caught shrimp are hard to find, and those from the Carolina coast are more special still. My friend Melissa Clark, writing in the New York Times, says that “Domestic, wild-caught shrimp accounts for less than 10 percent of all the shrimp we eat in this country.” Chef Edward Lee explains too that, “Most farmed shrimp from Asia have no detectable flavor, good or bad.” Clark also says that shrimp aquaculture from overseas “… has a very grim reputation, rife with accounts of slave laborers harvesting disease-ridden crustaceans from antibiotic-filled swamps amid the dead mangroves—most of which is raised in countries without much government oversight or intervention into the industry.” The Locals’ shrimp are the complete opposite—80% come from Pamlico Sound and the rest from boats fishing just off the Carolina coast. Nearly all of the shrimp are caught by “day boats” which fish and then return quickly to port to ensure freshness (lower quality boats can be out for days and even weeks).

How to enjoy our shrimp at the Roadhouse!

You really can, absolutely, taste the difference. The flavor is meaty, clean, and complex with a beautiful long finish. I don’t normally seek out shrimp unless I’m in a spot in which they’re a local specialty, but what we’re getting from Locals Seafood is well worth coming across town for. Their shrimp will be going on the specials list for the month of July in the form of Shrimp and Grits (made with the equally amazing Anson Mills’ heirloom organic grits), the Shrimp Po’ Boy sandwich, and pretty much anytime you’d like grilled up (I like ’em blackened) atop a salad.