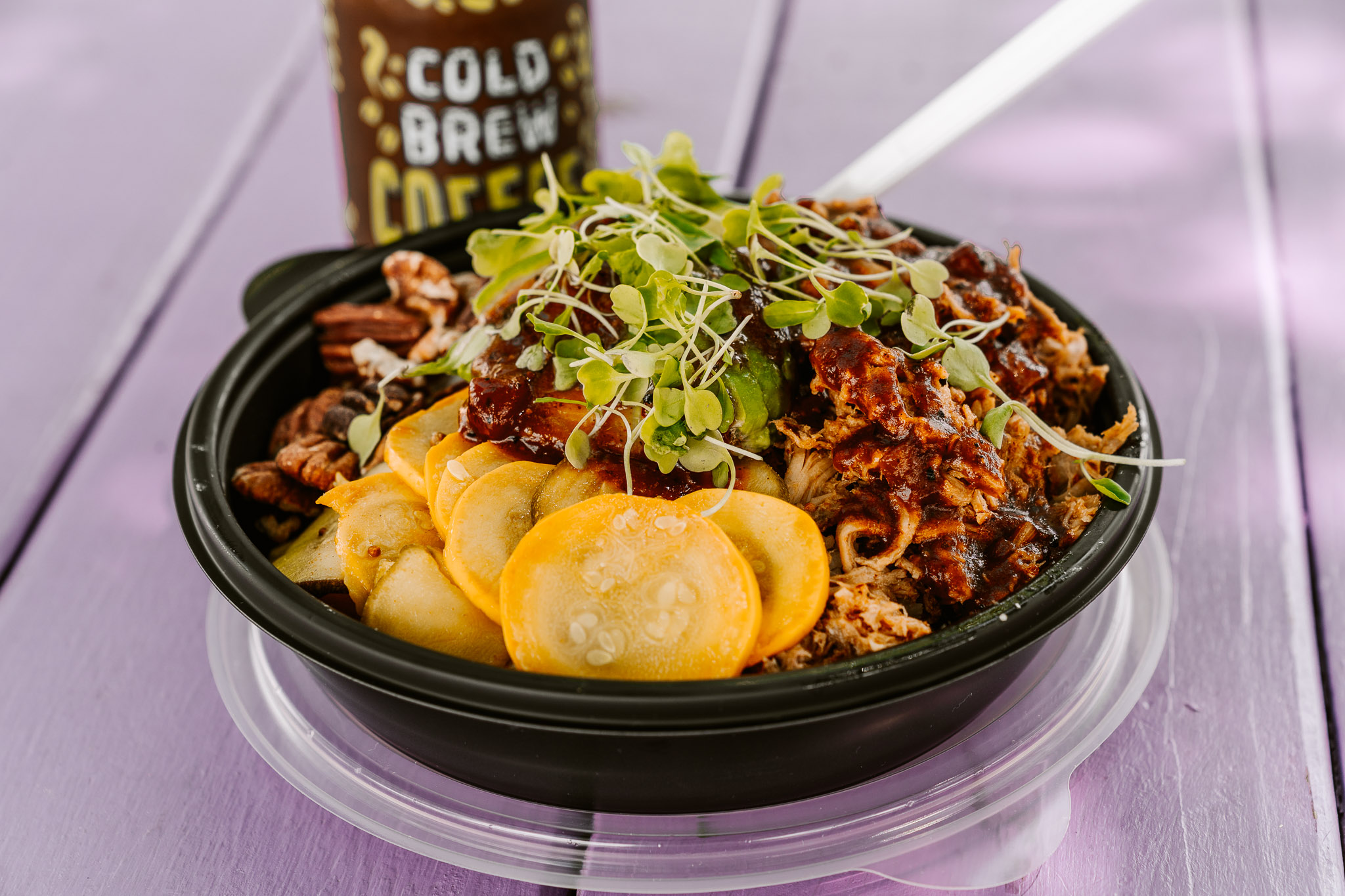 This super-tasty and popular menu item at the Roadshow came, in part, out of our effort to spread the word about the historically fascinating, exceptionally flavorful, organic Carolina Gold rice we’ve been serving at the Roadhouse since we opened in 2003. While the rice has long had its loyal fans, it remains still a bit of a secret. From the outside, to the casual eater, it looks like regularly available “white rice,” but the full flavor, and the enthralling story behind it, are amazing. Our Carolina Gold Rice Bowl from the Roadshow puts the rice where I believe it belongs—front and center in a starring role!

I’ve written a lot over the years about this rice—its history, its exceptional flavor, and more. This piece came out in Zingerman’s News in 2019:

Rice is certainly one of the most prominent places in American history in which race played a particularly prominent part. While South Carolina was being converted into one of the world’s most prestigious rice-growing regions, it’s also true that the rice—and the knowledge of how to grow it—almost certainly came from Africa. As Judith Carney writes in The African Origins of Carolina Rice Culture, “only West African slaves knew the wet rice farming system.” While much of New England was colonized by Europeans seeking religious freedom, South Carolina was mostly about money. Rice growing became prominent only after other attempts to make large amounts of money failed. Slave traders selling into the South Carolina market spec’ed out men and women from the rice-growing regions of West Africa. English planters in South Carolina used that rice and that knowledge to build a booming export economy. Carolina Gold rice was shipped across the colonies and the royal courts in Europe. The enslaved people received NONE of the enormous economic benefits of the rice growing. When the enslaved were freed by the Emancipation Declaration, they were (grudgingly and very reluctantly) in most cases allowed to go on their way, but without ever being compensated for their work, let alone be given a share of the profits that the rice growing produced.

Carolina Gold was completely out of production from 1920 until about 2000, when seeds were found in a seed bank in Arkansas. In the last 20 years, Carolina Gold rice has made a bit of a small-scale comeback. For those who love great food, culinary history, and complexity of flavor, this rice is back. And it’s delicious!

What else is in Roadshow Rice Bowl?

Along with the bowlful of Carolina Gold rice, we add sliced avocado, pickled carrots from the Brinery, and the Roadhouse pulled pork—whole hog barbecue, smoked over oak for about 15 hours on the pit. We add on some of those pecans from the folks in San Saba, Texas, along with some lovely pickled zucchini from Madison, Wisconsin. Then the rice bowl is finished off with a bit of our Red Rage barbecue sauce. Oh yeah—I almost forgot to mention the tasty little arugula microgreens that we add at the end!

More about our pickled zucchini!

The pickled zucchini comes to us from the folks at Quince & Apple, founded in 2009 by Matt and Clare Stoner Fehsenfeld to craft artisan pickles and preserves. It’s packed under their Forward Provisions label; a concept that came up a few years ago as a way to help local farmers make the most of the produce that they were having trouble selling in the early months of the pandemic. Their pickled zucchini is a fun addition to the rice bowl—bright green zucchini and yellow summer squash in a brine of cider vinegar, cane sugar, fresh ginger, garlic, coriander, cumin, mustard, and just a bit of chile. The Roadhouse is retailing the jars of Forward Provisions’ Pickled Zucchini, too—you can add them to sandwiches, pizzas, cheese plates, or pretty much anything.

The Carolina Gold Roadshow Rice Bowl is one of the top sellers from the trailer’s lunch and dinner menu! Swing by soon, snag a bowl, and head out to Roadhouse Park for lunch or dinner. Order a glass of wine, beer, or a mocktail and enjoy the complexity of its flavor, reflect if you like on its history, and how, if we each decide to take 100% responsibility for the state of the community of which we’re a part, we might work to rebalance our ecosystem in the coming months and years.

← Previous: A Delicious Coffee from Kintamani Bali Next: Diez y Dos Burrito from the Roadshow →