Fresh Mullet at the Roadhouse 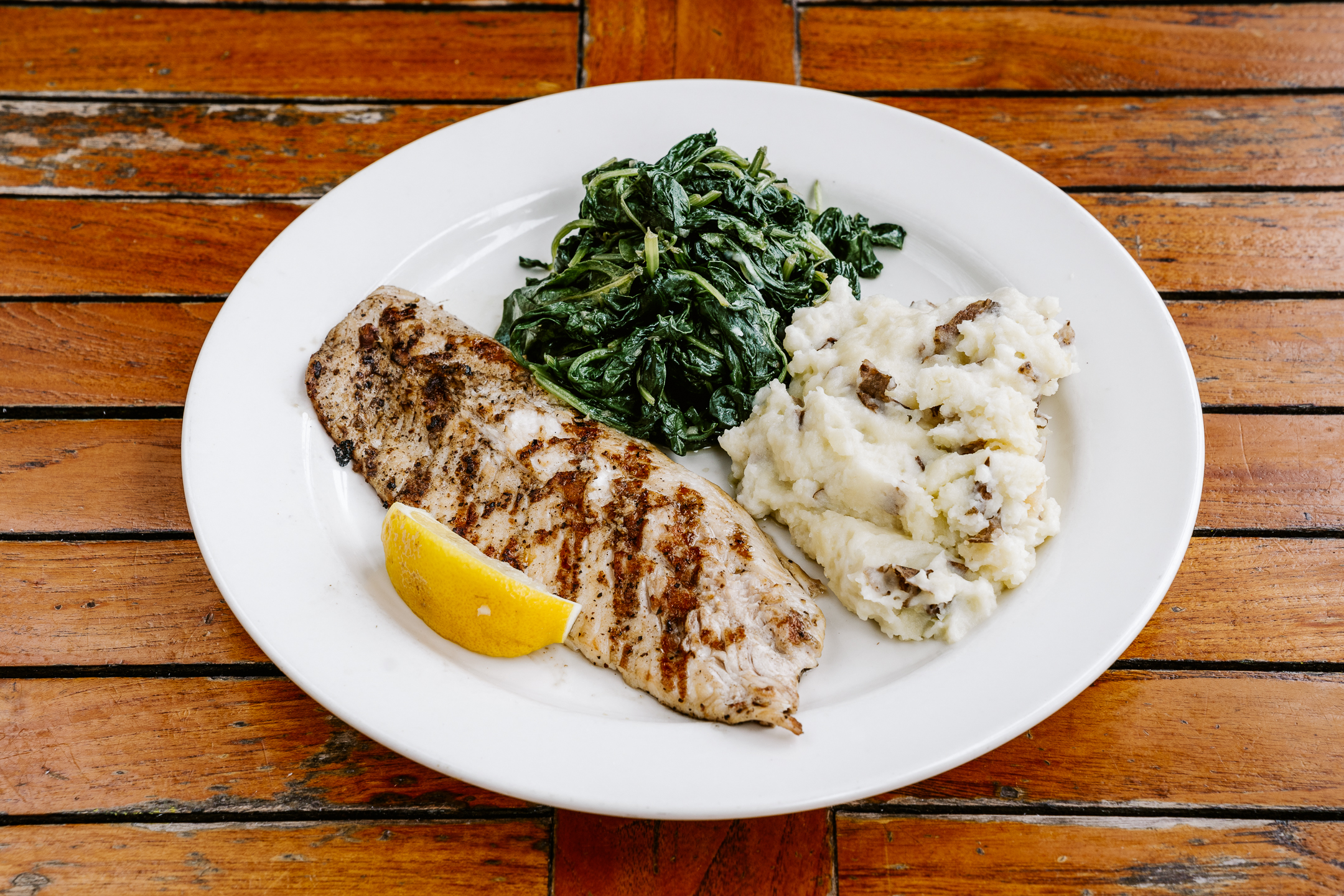 If you aren’t already familiar with mullet, don’t worry. You’re not alone. Mullet has gotten little attention in the headlines of the mainstream food world. It’s often written off as “trash fish”—fish that are used more frequently as fish bait than to bring in customers to a restaurant. Scholar Michelle Zacks calls mullet “the Rodney Dangerfield of fish.” Over the next few years, I’d like to change that association. Mullet is delicious, has a great history, and fits perfectly into the Roadhouse’s commitment to “really good American food!” I think mullet is marvelous, and I am super jazzed to see it show up on the Roadhouse menu.

The mullet on the menu is coming to us through the good work of the folks at Locals Seafood in Raleigh—two guys who decided to step up and take a leadership role to get better quality fish and shellfish from the North Carolina coast to quality-conscious customers like us around the country. We get our wild-caught shrimp from them, and more and more we’ve been bringing some of the local fish as well—striped bass, speckled trout, and now, mullet. All have been uniformly excellent. As a big fish eater, I’m super excited and so is everyone who’s tried it.

The story behind mullet.

If you were to go to the American southeast—from the mid-Atlantic all the way around to the Gulf Coast—a lot more people will know mullet than they do in Michigan. Down there, mullet is more akin to what we have in the Great Lakes with whitefish, or you’ll experience in Portugal or southern Spain with sardines. In the late 16th century, mullet was essential—both for eating and economically—to the culture of the native Calusa people in what is now Florida. It was a staple for enslaved people before Emancipation, and it remains a working-class staple in the region to this day. In 1910, Forest & Stream Magazine called mullet “the common diet of the people all along the coast … familiarly known as ‘Biloxi [for the coastal Mississippi town] Bacon.’” Shane Townsend writes:

Mullet has fed generations of common folk. People had lined up alongside birds, gators, and snakes to gather mullet. There’s no grandeur in that history. Many folks who’d been proud to have the poor man’s fish when they needed it, were less proud of the familiarity once they’d climbed a rung on America’s ladder. … as incomes increased, mainstream taste and need for mullet waned.

Mullet has often been called “the people’s fish” because it was so readily available and so widely appreciated. It’s eaten by nearly every ethnic community and served at nearly every community gathering in the region. Charlotte Harbor commercial fisherman Alfonso Darna declared back in 1990, “Mullet is all you need.”  I’m particularly fond of it when it’s sautéed or broiled with bacon fat. Good grilled over the oak fire at the Roadhouse as well. Michelle Zacks says mullet is “rich, nutty, umami.” I say it’s terrific. Full flavored but not at all strong, mullet is meaty, marvelous, super tasty, and dangerously delicious in the best possible way. If you like fish anywhere near as much as I do, swing by the Roadhouse and help lead the way to making mullet the seafood star it has long deserved to be.