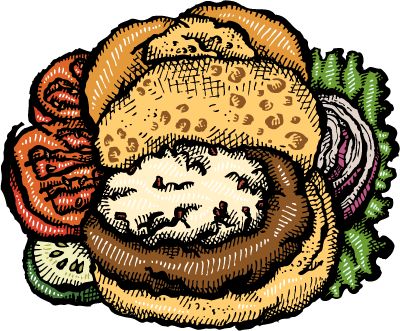 While everyone in the South knows this stuff at a level of intimacy my family would have reserved for chopped liver, it’s still relatively unheard of up here in the North. Although pimento cheese doesn’t have bacon in it, I’m giving you the recipe because it’s so good with bacon on it—the two pair up nearly perfectly.

Small slices of toast, spread with pimento cheese and topped with a bit of crisp bacon and a leaf or two of celery make a superb appetizer. Pimento cheese sandwiches with bacon and tomato are terrific, too. I like them grilled, but they’re actually very good toasted, as well. As for the bacon, I’d go for Broadbent’s, Edwards’ or Burger’s: nice and meaty and smoky, but not so much so that they overpower the cheese.

We make a pimento cheese macaroni and cheese at the Roadhouse that’s at its best topped with chopped bits of crisp bacon. This is also outstanding on a burger—not really melted, just softened up a bit from the heat of the meat. If that’s where you’re headed, I’d go for a couple of slices of Arkansas peppered bacon, along with a little bit of chopped celery leaf to lighten the whole thing up just a touch. 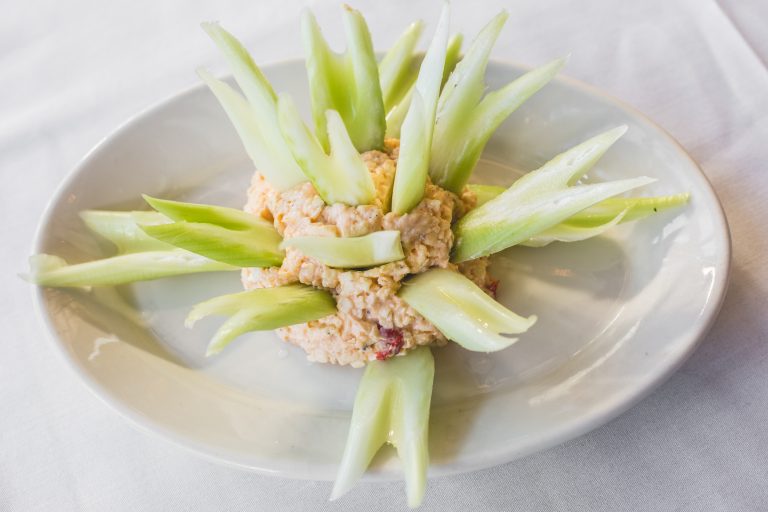 Serves… well, it’s kind of hard to say. A real addict could probably consume this entire recipe in a single setting. Being more conservative, let’s say it’s enough to serve eight as an appetizer. You’ll probably have to test it on your family and friends to see how much they can eat!
← Previous: Algerian Jewish Dinner Next: A Conversation with Michael Pollan →