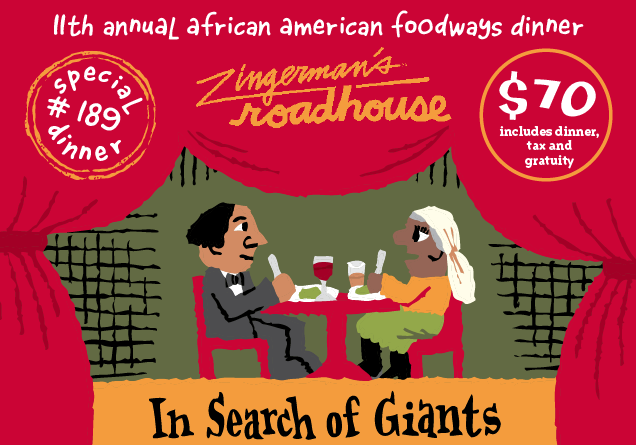 Ali Garrison will be joining us for this years 11th Annual African American dinner, you can reserve your tickets to this event or get more information here!

With pleasure! It is something my family and I are very proud to share.
In 1830, my three-greats grandfather, Dr. Nathan M. Thomas, a birthright Quaker and ardent Abolitionist, walked all the way from Ohio to settle on Potawatomi Lands in Schoolcraft, Michigan. He became the first white physician serving the entire Western Michigan area. Pamela Brown, my three greats grandmother, had moved from Vermont with her brother, E. Lakin Brown and his wife, and took a job as one of the first schoolteachers in Schoolcraft. She and Nathan met and courted. When he proposed to her, he warned her about his life’s work helping refugees who were fleeing slavery in the South, and told her that if she were to agree to marry him, that this would have to be part of her life also. Pamela said yes, and they married in 1840 and began their family. In 1843 their home became a station on the Underground Railroad and over the next twenty years until the Civil War broke out, they assisted an estimated 1,500 Freedom Seekers to escape and settle in Michigan or keep going North to Canada. Nathan was called the conductor and Pamela was called the hotel keeper. Their house is now lovingly preserved as a museum by the Schoolcraft Historical Society.

Q: What was the Underground Railroad?

The Underground Railroad was a well-organized web of escape routes and safe houses in the early to mid-1800s that gave assistance to enslaved people of Afrikan descent who were fleeing the abominable, dehumanizing conditions of systemic slavery and human trafficking in the Southern US. The Underground Railroad was run by Black Abolitionists (both free and enslaved), White Abolitionists (often Quakers) and Native Peoples, working together for human rights.

Q: Why was Michigan such an important part of it?

Michigan was en route, a border territory/state to Upper Canada, where according to the 1793 Act to Limit Slavery, enslaved people became free persons upon arrival. There were also quite a few passionate Abolitionists who were living in Michigan and wanting to organize, provide aid and encourage Freedom Seekers to settle in the territory/state even though that was a big risk and did not guarantee their immunity from Southern raiders, kidnappers and bounty hunters.

Q: How did you meet Dr. Washington?

In December 2014, I had come from Toronto to Kalamazoo to help work on a social justice theatre project for Humanity for Prisoners. That play deals with one of the worst wrongful conviction cases in Michigan history, telling the story of Maurice Henry Carter, an Afrikan American man who spent twenty-nine years in prison for a crime he never committed. I had told the cast how pleased my ancestors, the Thomas Family, would be with this work and that their home nearby had been a station on the UR. Dr. Washington got very excited and said that he knew all about them and, in fact, had written about them in one of his plays. He told me that he and I were going to have to write a play about them together. The rest is history. LOL.

Q: What’s the name of the play and when will it show here in Ann Arbor?

In the new year, two evenings after your Afrikan American Foodways event, on Thursday, January 28th, Dr. Washington’s play, In Search of Giants: Ghosts of the Underground Railroad will be performed at the Arthur Miller Theatre on Univ. of Michigan’s North Campus, right across the street from where I studied music for five years. Alongside a cast of five others, Von plays himself, a griot in the traditional Afrikan storytelling style, and I sing and play myself and my three greats Gran Pamela.

Q: What are some of the most interesting things you’ve learned working on it?

Oh, the countless things I have learned! Just, for example, I never knew about the treasure trove of Michigan archives housed at the Bentley Library on University of Michigan’s North Campus, or that all of Dr. Nathan M. Thomas’ papers and letters are preserved there- four big boxes of them!; By reading those letter and accounts, I learned that if Nathan, a white man, were alive today he would be considered a leader way ahead of his time because he was so actively advocating and lobbying for human rights and trying to change policy and legislation; I also learned that Edwin Stanton, the US Secretary of War under Lincoln, during the Civil War was a second cousin of Nathan’s and they were corresponding secretly; When I started digging, I discovered an intriguing visitor to the Thomas house, who I read about in the family accounts, and by following that little trail, stumbled upon the heart-stopping narrative of the brilliant Henry Bibb, Abolitionist, writer and former enslaved person who became one of our “Giants”; finally, I have immeasurably benefited from going back deep into my roots, learning about the power of exploring our past, how doing so informs our present and inspires our future.

Q: When did you work at Zingerman’s? What did you take away from the experience?

My brothers and I inherited our Mother’s passion for the art of food and cooking, and I had worked in some fine food establishments in Toronto. I was also curious about human interactions and the culture around food. So, when I was studying music at the University of Michigan in the mid-late 80s into the early 90s, I discovered the wonder of Zingerman’s, was utterly fascinated and immediately applied for a part-time job. The way that Ari and Paul taught us how to feel and think in an unlimited way about food and service and how to value each individual has stuck with me all these years. Plus the food itself is just incredible. They exemplified an unbridled enthusiasm and pro-activity that rubbed off on me and look!… now here we are, twenty-five years later, still curious and being inspired by our serendipitous meeting to come back into creative collaboration! I love it.

Reserve your tickets to this event or get more information here!