Nashville Hot Chicken: The Roadhouse Fans the Flame on a Classic 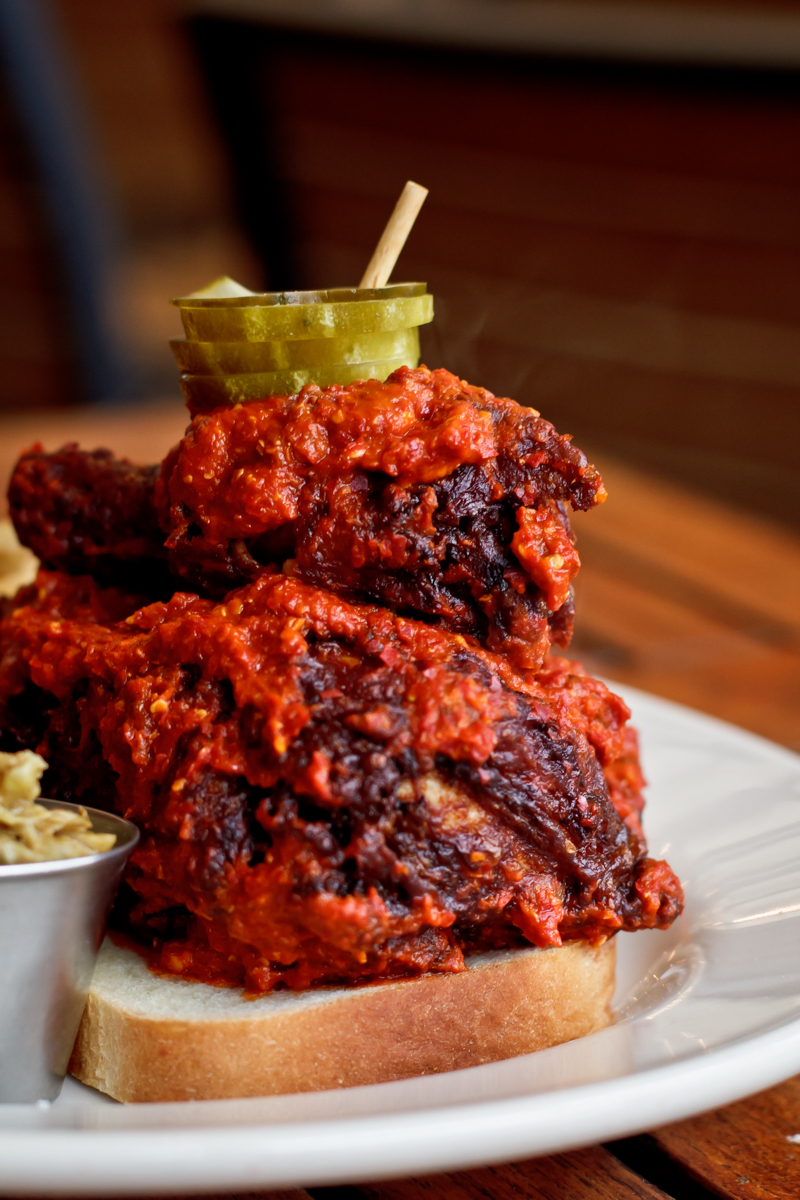 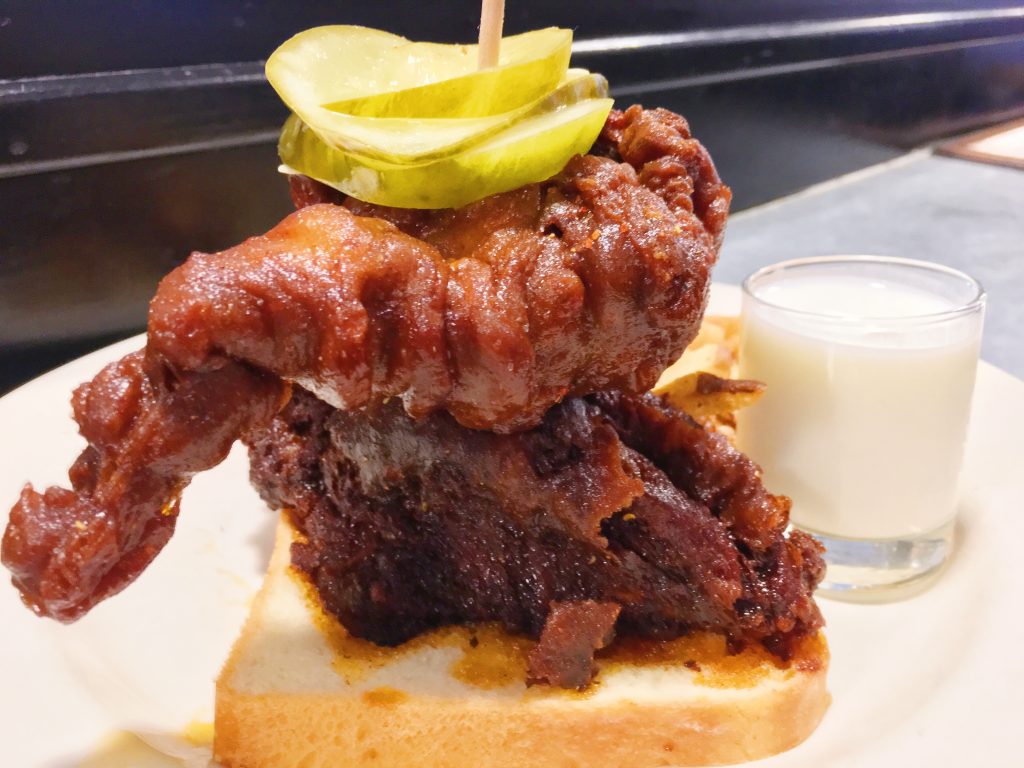 For anyone who likes to turn up the heat, our Nashville Hot Chicken Tuesdays at the Roadhouse have been a popular night to spice things up. While our Buttermilk Fried Chicken is scrumptious as is, we are now taking it to a near nuclear level with a classic Nashville tradition.

As legend has it, Hot Fried Chicken dates back to the 1930s, when the girlfriend of a man named Thorton Prince III got tired of his cheating ways. She tried to get her revenge by adding pepper sauce to her fried chicken batter, but her plan backfired when Prince found the chicken to be delicious. The story goes, he created his own recipe and opened a BBQ chicken joint with his brothers.

Prince’s Hot Chicken Shack passed down through the family, and Andre Prince Jeffries, great-niece of Prince, is now given credit for the recipe as the story of her great uncle may simply just be a story. She has been operating the family restaurant since the 1980s, and hot chicken is now a staple through Nashville.

Whether it was truly an accident or not, we can say that Nashville Hot chicken will light your taste buds on fire. The recipe we have been using at the Roadhouse for years uses a thick cayenne sauce that could melt your eyes just by looking at it. The heat is intense up front and all the way through to the finish (just like the fury of Prince’s scorned girlfriend). We serve it the way it has been for generations, piled on sliced white bread with pickles, followed up with a shot of buttermilk.

It’s been a favorite, no doubt, and people have travelled from far and wide to get a taste of it. At the Roadhouse, however, we like to take things up a notch as far as flavor goes…or Scoville units at any rate. After spending some time with Karl Worley of Biscuit Love in Tennessee, our head chef Bob Bennett was inspired to create a recipe that is more representative of Nashville.

Out with the old and in with the new.

Instead of a sauce for his new recipe, Chef Bob uses a dry rub that is incorporated into the batter of the chicken, which marinates overnight. While there is definitely cayenne, he balances out the heat with paprika, garlic, and herbs. The boneless thighs are dipped in a spiced oil after they are fried, and the result is a developing heat that has soaked under the skin and into the chicken. With our old recipe, the chicken was simply hot from start to finish. With Bob’s recipe, every bite has a lingering intensity that unfolds into flame, allowing the flavors to develop on the palate first. After testing and perfecting this version of the Nashville dish, Chef Bob is ready to let it take over our Hot Tuesday tradition.

We understand that there are still many of you out there who will remain die-hard fans of the bright orange pepper sauce that has emblazoned our hot chicken for the last decade or so, and we are not taking the change lightly ourselves. As a restaurant that focuses on regional cuisine, it is a priority for the Roadhouse to make sure that the food we are cooking for you is as authentic and full-flavored as possible. With Chef Bob’s new recipe, we hope to tell a story by capturing that first bite of something wonderfully unexpected. We know you will taste the difference with our new Nashville Hot Chicken!

← Previous: Vegetable Butchery: Ari's Interview with Cara Mangini Next: Limeade at the Roadhouse →