Grillades and Grits: A New Orleans Brunch Favorite at the Roadhouse 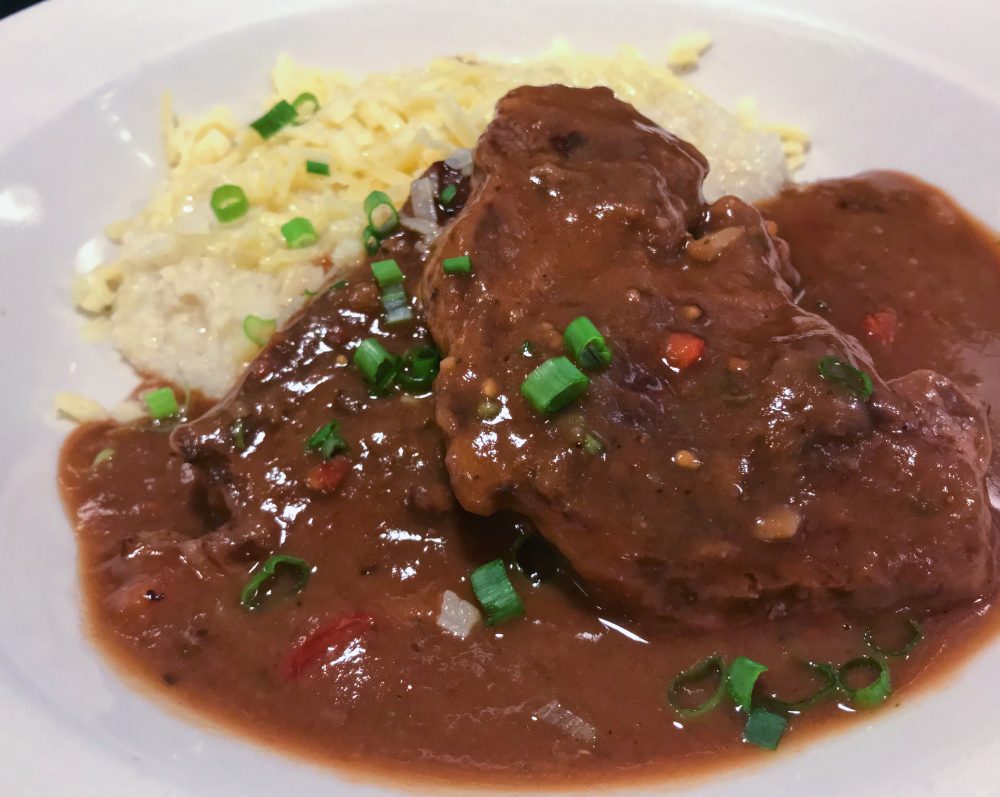 Once you’ve tried our Sunday Blue Plate, Grillades and Grits, at the Roadhouse, it’s hard to go back to anything else. It’s super popular for brunch and dinner alike, even though it is considered a classic brunch dish in New Orleans.

Grillades are not grilled.

Grillades, pronounced GREE-ahds, are thin medallions of beef, pork, or veal that are dredged in flour, browned, then pan-braised in crushed tomatoes and a delicious roux-thickened sauce. In order to achieve the fork-tenderness that makes this dish so special, the meat is typically braised for a couple of hours. It is smothered with the pan gravy and served over cheese grits.

Whether it is enjoyed at home on a laid back Sunday, or served up in silver at a debutante’s ball, Grillades and Grits are a New Orleans staple. There are definitely disagreements about how this dish came about, but many folks believe that the dish originated when country butchers prepared thinly sliced pieces of pork to pan-fry with onions. They would do so after la boucherie, the Cajun tradition of butchering and preparing a whole pig, and the grillades could be eaten throughout the day with grits or rice.

Smother me with flavor.

Our servers often describe it as something of a stew, and it is no wonder that it is a staff favorite with its comforting, hearty flavors. While it is a decent way to describe for people who have never had it, it’s better than a stew. The ingredients are simple, and the integrity of the dish stems from the focus on simple full flavors. It is thick and velvety, with prominently deep beef flavors. We serve our steak grillades over Anson Mills’ stone-ground grits with Cabot aged white cheddar cheese. The creamy grits soak up the gravy and drippings, further intensifying a rich, lingering mouth-feel.

What are you doing this Sunday? Swing by the Roadhouse to savor this NOLA classic, and don’t forget to ask for housemade buttermilk biscuits to dip in the gravy.