Sunlight in a Glass: Scotch Whisky at the Roadhouse 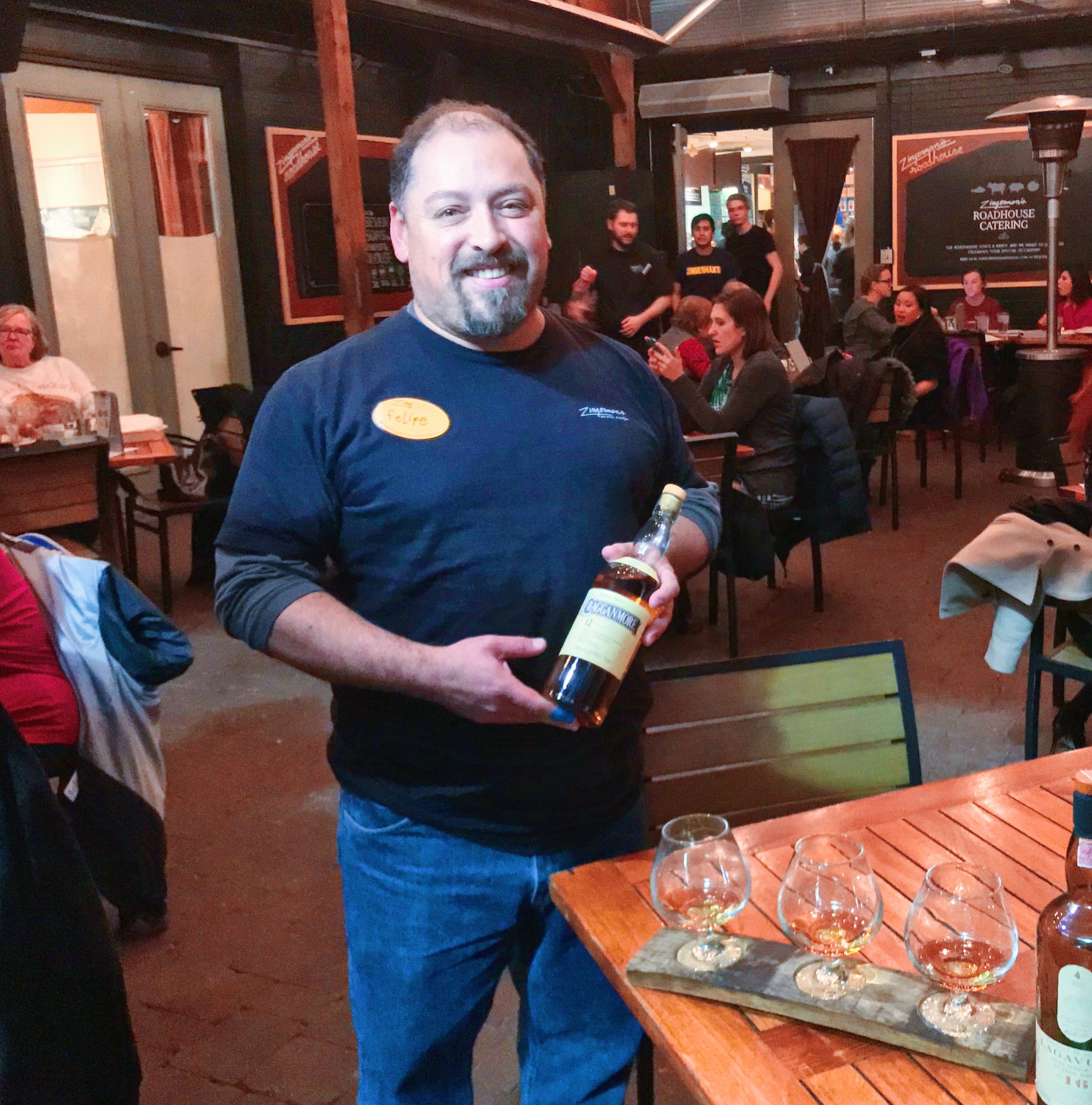 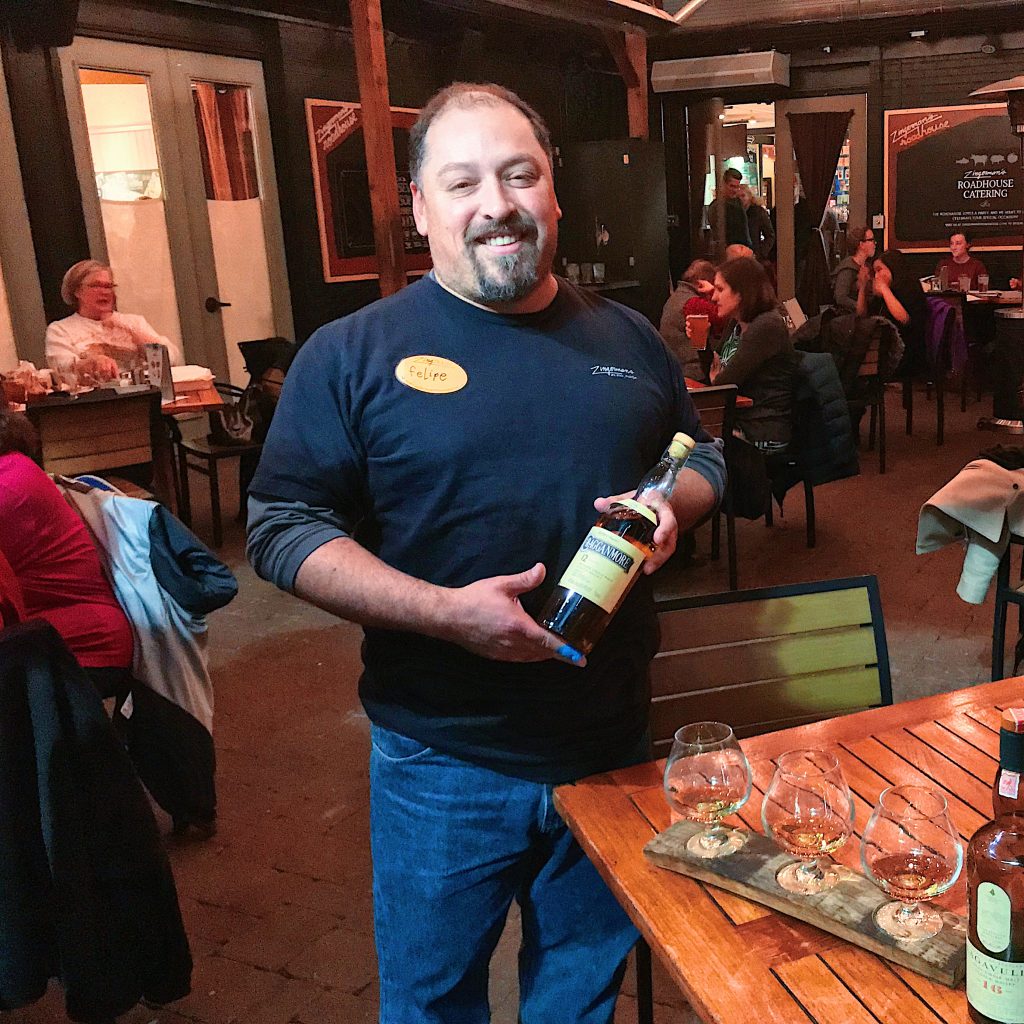 I’ve been a fan of Scotch since I first discovered it in the early 1990’s. I was a bartender at an upscale pool hall in downtown Ann Arbor, and the Single Malt Scotch craze swept through the US. We went from carrying a couple of middling blended whiskies, to a full slate of over thirty single malts and blended Scotch. The sheer variety that came out of using the same couple of ingredients blew me away, and I eagerly tasted and talked Scotch with regulars and first-timers alike.

The makings of a really great whisky.

All Scotch whisky is made from a handful of ingredients, chiefly barley malt and water. From those humble beginnings comes a myriad of aromas, flavors, and textures. The way the malt is dried over a peat fire, the type of water, the height and shape of the still, the way the whisky is blended, the barrels in which it’s aged, even the storage conditions, influence the final product. If it is all made and blended in one particular distillery, it is known as a single malt Scotch. Blending houses, like Chivas, Johnnie Walker, and Dewars, get whisky from other producers, then blend them together in house to produce their own signature flavor profiles. These are known as blended Scotch. Oh, and it has to be made in Scotland in order to be called Scotch whisky.

As time has passed, I have enjoyed the resurgence of bourbon, and the growth of craft distilleries making artisanal gin and vodka. Scotch, however, blazed the trail that these others have followed. So, when our Roadhouse Beverage Specialist, Kim Green, suggested adding a Scotch flight to our list, I was excited to help see it through. 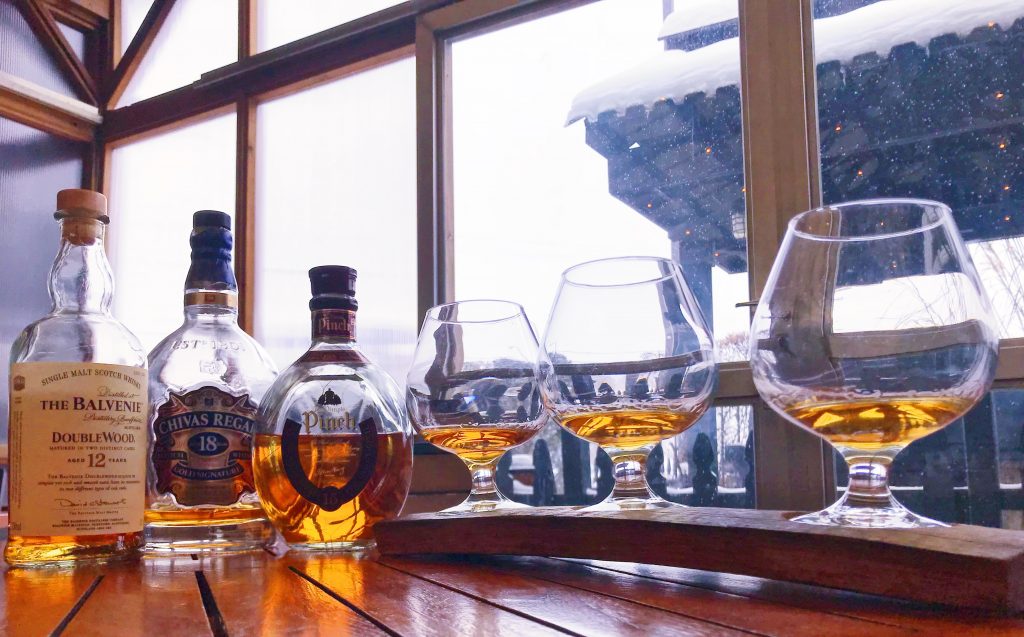 About our Scotch Flight…

The flight starts with the Cragganmore 12 year, a single malt Scotch. An aroma of citrus with toffee and almonds, followed by citrus, malt, and biscuits on the palate, make this a great introduction to Scotch. The Macallan 12 comes next, with a hint of ginger, vanilla, and dried fruit on the nose. Aged in sherry casks, the finish boasts sweet toffee, wood smoke, and spice. The Dimple Pinch rounds out the trio. Its blend of whiskies (the youngest of which is 15 years old!) give aromas of caramel and oak, with smooth notes of spice and vanilla fudge. No wonder Breaking Bad’s Walter White chose this as his drink of choice!

George Bernard Shaw once said, “whisky is sunshine in a glass.” As winter sets in, whether it’s commuting through bad weather, navigating holiday shopping, or shoveling snow, the Roadhouse has plenty of little rays of sunshine ready to warm you up!