I Scream for Zingerman’s Creamery Gelato! 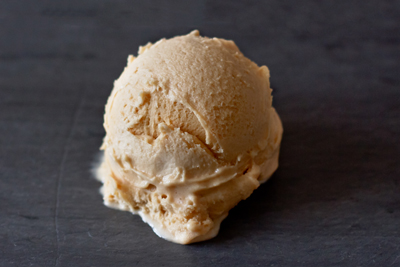 Savor sensational flavors in every scoop!

As it gets warmer, I can only think about one thing. Ok, two things. Summer cocktails and ice cream. The former was not a huge part of growing up for me, but as a kid I loved ice cream. It’s always been my favorite… until I tried gelato. Zingerman’s Creamery Gelato, that is.

So what’s the diff? They are both cold, creamy and delicious. Why is gelato necessarily better? It’s all a matter of preference, but admittedly, it’s hard to go back to ice cream once you’ve tasted gelato. Especially our gelato.

Have you ever scooped up a big bowl of ice cream, and found that you are not quite satisfied until you’ve practically licked the bowl? That’s because ice cream is churned so that there is a ton of air packed into it, creating that light, fluffy texture that we all love about ice cream. But because it is about 50% air, ice cream isn’t very filling, and we are often left screaming for more. Gelato, on the other hand, is denser, silkier, and creamier. One scoop goes a long way, and you are less likely to feel like you need a second serving. Unless you you really just love gelato and want to eat it all the time.

The flavor of gelato is superior over that of ice cream in my honest opinion. There is a science behind it that I am not making up, though. Gelato has more milk than ice cream, but less sugar and butterfat churned in. Butterfat coats your palate and makes it more challenging to taste any natural flavor. And sugar just tastes… well, sweet. While a pint of Rocky Road or Peanut Butter Cup ice cream might sound appealing, all those little bits of candy and such are just more sugary components loaded in to give ice cream more flavor. Gelato, on the other hand, does not need sprinkles or chocolate sauce added on. It tastes good as it is.

As long as you are using really good ingredients, simple flavors go a long way. I think that’s the appeal with Zingerman’s Creamery gelato. The Roadhouse Vanilla, used on our famous Donut Sundaes, is made with Madagascar bourbon vanilla beans. The Creamery uses really good artisanal Scharffen Berger chocolate and creamy Calder’s milk in their Dark Chocolate gelato, and you can taste why it is so much better than a pint of ice cream from the store. You don’t need a ton of jazz for something to taste good.

Now don’t get me wrong, Zingerman’s Creamery loves to get creative with its new flavors. One of my personal favorites is Maple Pecan! The Creamery uses real Michigan maple syrup, and each bite of the cool treat tastes like a fresh drop of syrup from a tree in February melting on my tongue. The Georgia pecans are tender and buttery, and the maple dissolves off each piece like syrup candy.

Whatever floats your gelato boat, come on by and treat yourself! Add a scoop to one of our Nashville Fried Pies, share a sampler with a friend, or pour a shot of Zingerman’s Coffee espresso on top of a scoop of Roadhouse Vanilla and make it an Affogato kind of day.