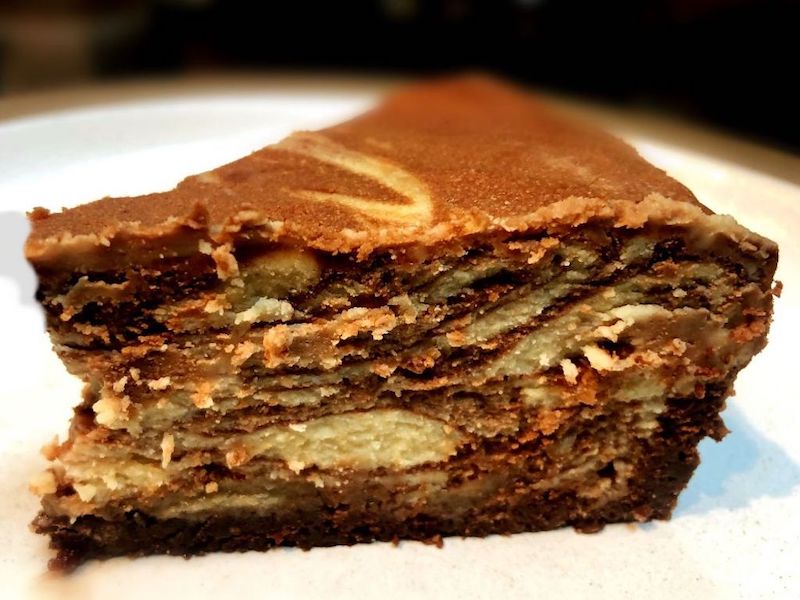 This Friday evening will mark the beginning of the Jewish New Year. By the Jewish calendar, this Rosh Hashanah will start the year 5781. You don’t have to be Jewish to honor the holiday and, I don’t know about you, but a fresh start to a New Year sure seems like a good idea right now. You can make New Year’s resolutions. You can breathe a sigh of mental relief that you made it to the end of the year. You can write a vision for the year. You might draw some solace and even an iota or two of inspiration from the old Churchill quote from WWII: “Now,” he said as the British turned the tide of a very long war by defeating the Germans in Egypt in 1942, “this is not the end. It is not even the beginning of the end. But it is, perhaps, the end of the beginning.”

While most of us take the idea of the formal start of a New Year for granted, it’s interesting to me to remember that the day we mark as such is hardly universally agreed upon. In the Julian calendar, New Year’s Day in Rome was celebrated January 1, which we still use in the West today. But it turns out that, in the spirit of healthy diversity, there are many dozens of different New Year’s Days around the world’s cultures. As I’ve learned from studying beliefs over the years, “the way it is” is mostly the result of some long, backroom conversation by a small group of people (realistically mostly and more often than not, men) which we all then use as the basis for our own realities. Someone decided, we get going, we keep it for long periods of time, and, down the road, it just becomes “the way it’s done.” The often unacknowledged power of beliefs is, for better or for worse, a big force in our lives.

The Jewish New Year is generally said to be timed to coincide with the early autumn harvest. Even with this, there’s been a good bit of back and forth over the centuries about the specifics of the dates. I grew up celebrating Rosh Hashanah annually in the Ashkenazi tradition—apples and honey, round challahs with raisins, and honey cake. We’ve been offering all those—and much more—across the ZCoB since we opened all the way back in 1982 (5743 in the Jewish calendar). And because the lunar calendar used in Jewish tradition and the Christian/Roman solar calendar align differently every year, our first Zingerman’s Rosh Hashanah started on the evening of September 17. When we opened the Bakehouse in 1992 Rosh Hashanah came “late” (as my mother used to say) and started on September 27. Frank, Amy, and everyone at the Bakehouse brought us the skill and the space to eventually begin baking our own challah, mandelbread, rugelach, honey cake, and the like. This week alone, the Bakehouse will have baked many thousands of challahs! A lot of them, thanks to Mail Order, will be shipped around the country.

There are, as I said, a host of totally different New Year’s traditions around the world. When it comes down to it, in the spirit of diversity, equity and inclusion, each is equally important. The Muslim New Year, Raʿs as-Sanah in Arabic, happened last month. In 2021 it will be on August 10. The Chinese New Year, as you know, usually happens in late January or early February—in 2021 it will fall on Friday, February 12. The Korean New Year, which we celebrate at Miss Kim, comes at the same time. In Russia, the Orthodox New Year will fall on January 14 in 2021. The Persian New Year, known as Nowruz, happens in 2021 on March 21 and marks the start of spring. In Egypt, the Coptic New Year is known as Nevrouz and happened last week, on September 11, and will fall on the same day again next year. “Odunde” means “Happy New Year” in the Yoruba language. The Odunde Festival is a celebration on June 3. In the Yoruba tradition we’re currently in the year 10,062. Back in France in the years after the Revolution, the new regime adopted a calendar designed to get rid of all royal and religious influences. The calendar lasted only from 1793-1805, but while it was in use, New Year’s was celebrated on September 22—you can honor revolution by making a toast to it next week. Or pick up one of the new Goat Brie we’re making at the Creamery and a baguette from the Bakehouse and a glass of champagne could make the evening into something special. (The Revolution also introduced a radical new measurement system. That one lasted longer. It became what we know now as the metric system.)

How we celebrate Rosh Hashanah throughout Zingerman’s.

If you decide to celebrate—and eat well—for Rosh Hashanah, here’s a wide range of good things you can get in the ZCoB.

Chopped Liver – my grandmother’s recipe! Great as an appetizer or spread on a thick slice of hand-cut Bakehouse challah.

Matzo Balls –formed by hand using the marvelous matzo meal from the wacky and wonderful people at the Matzo Project.

Lamb and Rosemary Honey Stew – this is a recipe I did years ago for The Guide to Good Eating and we’re still making it 20 years later. The hard-to-find rosemary honey gives it a great depth, and saffron makes it more special still. If you want to make it at home, it’s on page 378 in the book.

Varietal Honeys – I wrote a whole bunch about great mono-floral honeys in The Guide to Good Eating. The Deli has a couple dozen. All are terrific. If you’re entertaining, or even just serving your family, buy three or four different ones, then pick up some heirloom apple varieties at the Farmer’s Market and let everyone experiment. If you have kids, maybe they can turn it into an online learning experiment to report on for class the next week.

Pomegranate Molasses – Pomegranate has long been a symbol for bountiful new year. Drizzle it on your tsimmes or on your next salad. Or for dessert drop a bit on a slice of grilled Sour Cream Coffee Cake or the Creamery’s vanilla gelato.

Round Challahs—with or without raisins soaked in Myers® Dark Rum. The centerpiece of the Rosh Hashanah celebration!

Moroccan Challah—challah “spiced” with anise, sesame, and poppy seeds in honor of the spice trade that passed through North Africa and the Moroccan Jewish community. It’s the favorite of Lee Vedder at the Bakehouse, who co-authored their latest cook booklet Cup or Bowl?

Buckwheat Honey Cake – The buckwheat honey brings a beautiful blend of bold and sweet. (pictured above)

Date Rugelach and Sesame Rugelach – a sweet blend of Ashkenazi and Sephardic traditions. A great new addition at the Bakehouse this year.

Halvah Swirl Cheesecake – like I said when I wrote this up a few weeks ago, “Wow!” Terrific new offering from the Bakehouse!

Mandelbread – the classic Jewish almond biscuits. I can almost guarantee that Emma Goldman would have enjoyed them.

Transparent Apple Rétes – traditional Hungarian “strudel” made from an heirloom apple that originated in the Baltics. Buy a whole “log” of it and bake it off fresh for dessert while your family is eating their main course.

A host of good things to ship out for the high holidays all the way through ’til Yom Kippur—while it’s likely late to ship for Rosh Hashanah arrival, challah and other baked goods will be equally appreciated for Yom Kippur, the Day of Atonement. Not everything I wrote about here can be shipped, but a good bit of it can! Order up for a friend who could use a New Year’s boost!

Howell Melon Salad – we’ve got a limited supply of those marvelous melons from Howell that, as per Tammie’s creative idea last September, we turn into a terrific salad with heirloom tomatoes and chestnut honey.

The traditional Jewish salutation for Rosh Hashanah is, “Here’s to a happy, healthy New Year!” It’s hard to imagine anything much more appropriate right now. The other thing to say is l’shanah tovah tikatevu ve techatemu, meaning “may you be inscribed and sealed (in the Book of Life) for a good year.” With that in mind, I send many good thoughts your way. As Shimon Peres, the man who worked so hard to make peace in the Middle East for much of his life, said: “I have earned the title of expert, but it is only on what [already] was. There is no expert on what will be. And yet, without knowing the future, I remain a man full of hope.”

Make a reservation at the Roadhouse for Rosh Hashanah.