Biscuits and Chocolate (with Bacon) Gravy 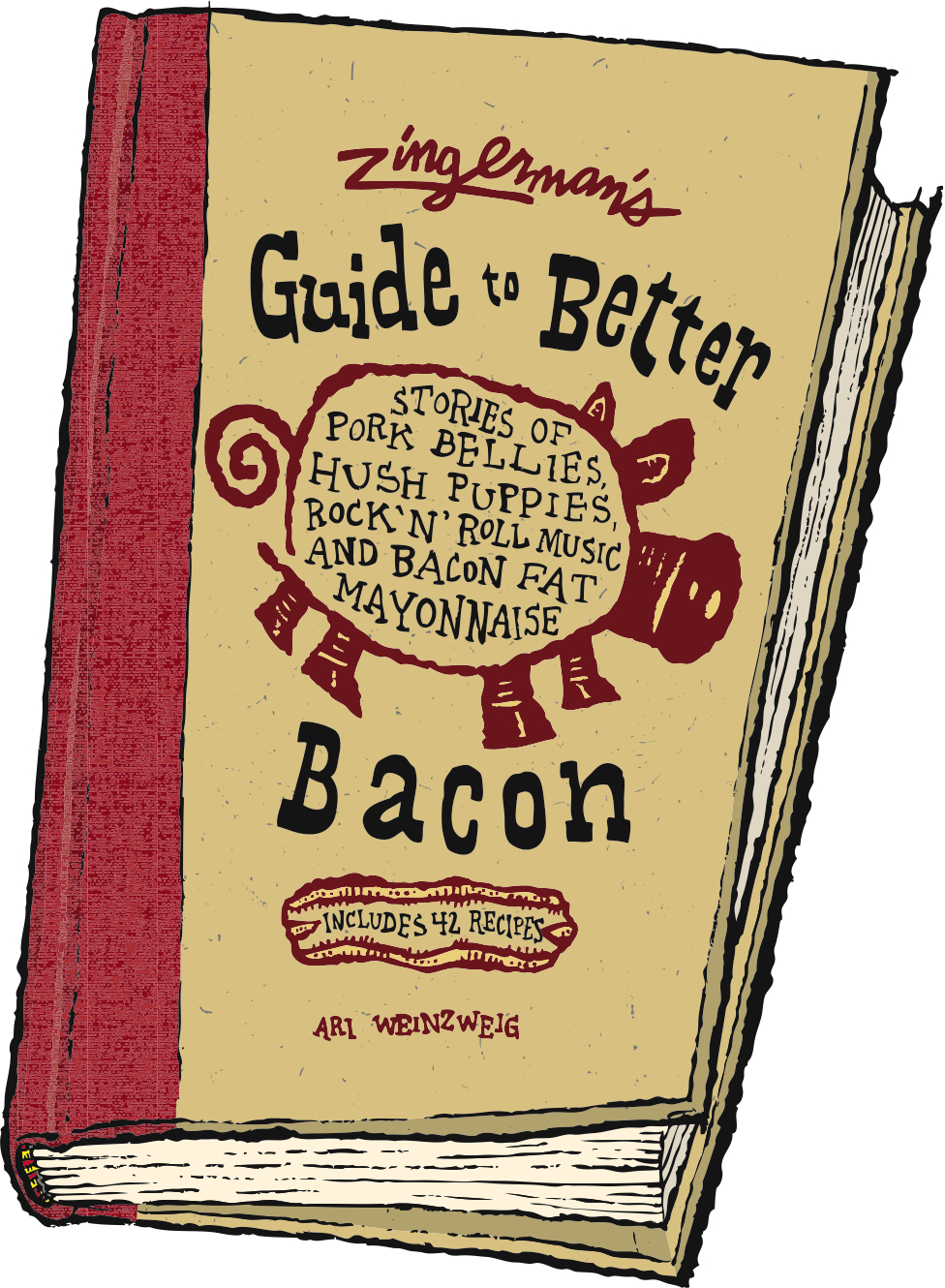 I think the already really good American brunch at the Roadhouse got one step better when this one went on the menu. Of course it’s gonna take two years before people are tuned into this dish, but by then it’s going to be a signature item—unless you’re one of the few folks in Ann Arbor who grew up in Appalachia it’s going to sound strange but it’s a very tasty way to start your day. It’s “gravy” made with bacon and cocoa and milk, generously ladled over homemade buttermilk biscuits. You really did read that right—bacon and cocoa combined into one seriously good sauce ladled over those very nice homemade biscuits. I know this is one of the strangest sounding but, for me, most exciting things on our new food front.

I say “new” but it’s actually only new to us here—down in the Appalachians this is old hat. While it’s hardly universal I’ve come across a whole lot of people for whom chocolate gravy is the norm—they grew up with it. I stumbled on the dish while working on Zingerman’s Guide to Better Bacon; Stories of Pork Bellies, Hush Puppies, Rock ‘N Roll Music And Bacon Fat Mayonnaise. It was one of those culinary footnotes that, when I first heard about it, I thought people were probably playing with me. After all, if you were going to pick two “hot” trendy foods, bacon and chocolate would likely be at the top of the list. And of course when I hear that things are getting ‘trendy’ I tend to go in completely the other direction; as you likely already know, I’m pretty much always driven by tradition not by trends.

Turns out though that chocolate gravy made with bacon fat has been around in Appalachia for a long time. While it’s new to me and 99.7 percent of the other people around here, it’s very familiar comfort food of high order to the small minority of Southerners who grew up with. The quick story of its origin is that it likely dates back about hundred years. Since bacon fat is basically akin to “the olive oil of the South” (see the bacon book for more on that theory), it was used as the base for people’s everyday “gravy” making. (The term “gravy” is generally used down there for any sauce), including the standard milk gravy made for ladling over biscuits. So, back in the beginning of the 20th century when cocoa powder first started to work its way into the American interior it made the otherwise little experienced taste of chocolate accessible in the Appalachians. (If you’re curious, Hershey’s first rolled out its cocoa powder in 1894). Seems likely that looking for a way to add a touch of “luxury” to a rather bare bones life, Appalachian cooks would have added the cocoa to their bacon-based milk gravies. And in the process, chocolate gravy was born.

I’ve got much more written on this dish and its background for the bacon book—email me at [email protected] and I’ll be glad to send you the recipe. In the mean time you can head out to the Roadhouse on the weekend and we’ll whip you up a plateful of biscuits and chocolate gravy (with the bacon!)—it’s rich, it’s good, and it’s bacon and chocolate combined in one traditional dish! Hard to ask for more!