Thursday Blue Plate at the Roadhouse 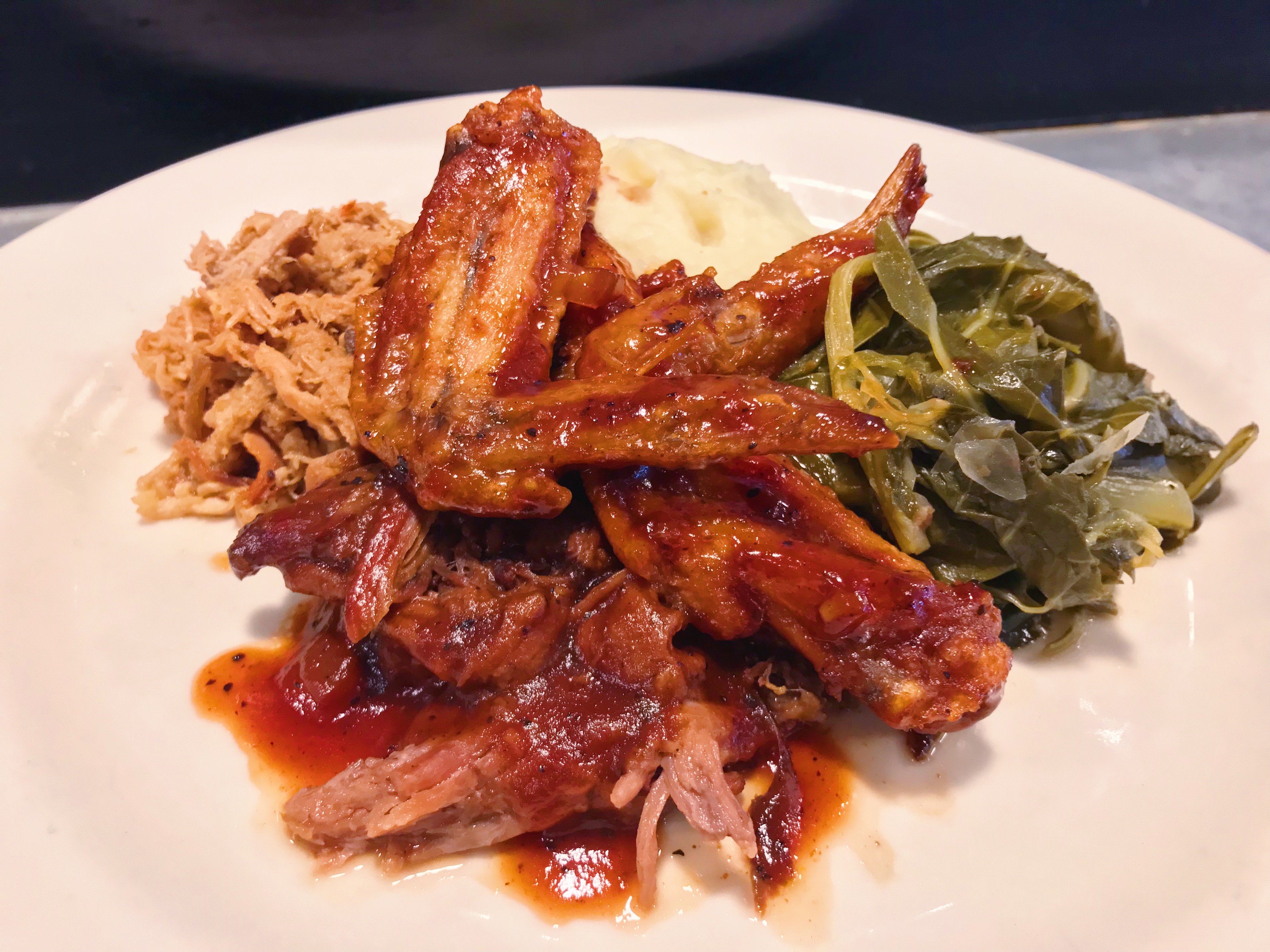 All the BBQ on one plate! 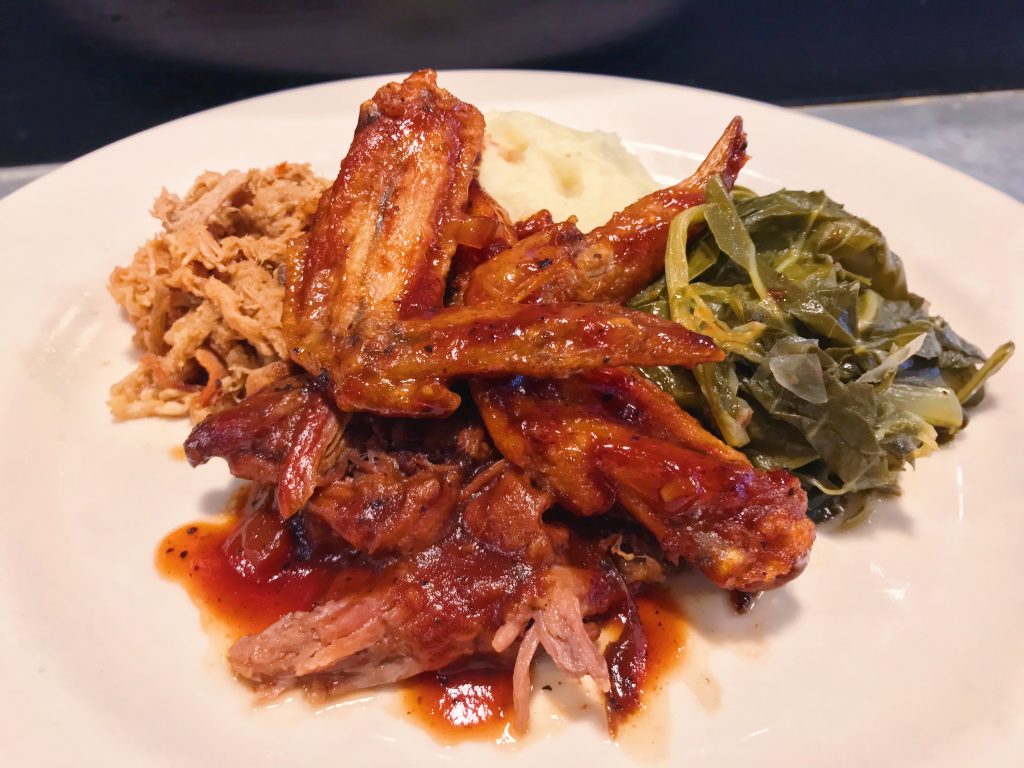 Let’s be honest, there’s good BBQ, and then there’s really good pit-smoked BBQ that takes time and investment. When I say investment, I don’t mean fancy equipment or the best BBQ sauce money can buy. You can dig a hole in the ground and make pit-smoked magic happen right out of the earth if it’s done right. At the Roadhouse we do it right, and it takes time and investment. You can try it every day on our menu, but sometimes it’s hard to decide which kind of BBQ to try. That’s why we feature a sampling of the best of what we do on our Thursday Blue Plate.

From North Carolina to Ann Arbor…

BBQ varies by region, and our BBQ pork is a traditional style from Eastern North Carolina. More specifically, our pit-masters have been trained to smoke pork by Ed Mitchell, whose North Carolina BBQ is so heavenly he must use hogs with halos. We use whole hogs from Niman Ranch and slow-cook them over oak for 14 hours, hand-pull the pork, then dress it with a vinegar BBQ sauce.

It is said that BBQ originates from the Caribbean, and when the Spanish introduced whole hogs to the States, it became popular to smoke the hogs over pits in the ground (and here you thought I was kidding about the hole in the ground). It is possible that this cooking method was brought to the mainland with slaves in the early 19th century. The traditional Caribbean sauces used lemon, but lemons were hard to find north of Florida, so vinegar became a substitute to create the acidic flavor in the sauce.

Our BBQ pork is finished with this Eastern North Carolina vinegar sauce, so as it comes on the Blue plate, it boasts a tangy bite.  The ingredients include Gingras apple cider vinegar, brown sugar, cayenne, pequin pepper, marash pepper, Tellicherry black pepper, and salt.

A little Tennessee on your plate, too!

Not too far from the pork on the Blue Plate, you will find our BBQ beef, which is slow-cooked over oak for 8-9 hours. We braise it lovingly in our housemade Red Rage sauce and beer by wrapping it in foil while it is smoking, then hand-pull it. Most BBQ done in Memphis has a sauce that is tomato and vinegar based, and this is the inspiration for our Red Rage. Don’t be fooled by its name, it actually boasts a perfect balance of sweet, spicy and zesty flavors. We toss Amish free-range chicken wings in the Red Rage, too, and add them to the Blue Plate for bonus deliciousness. 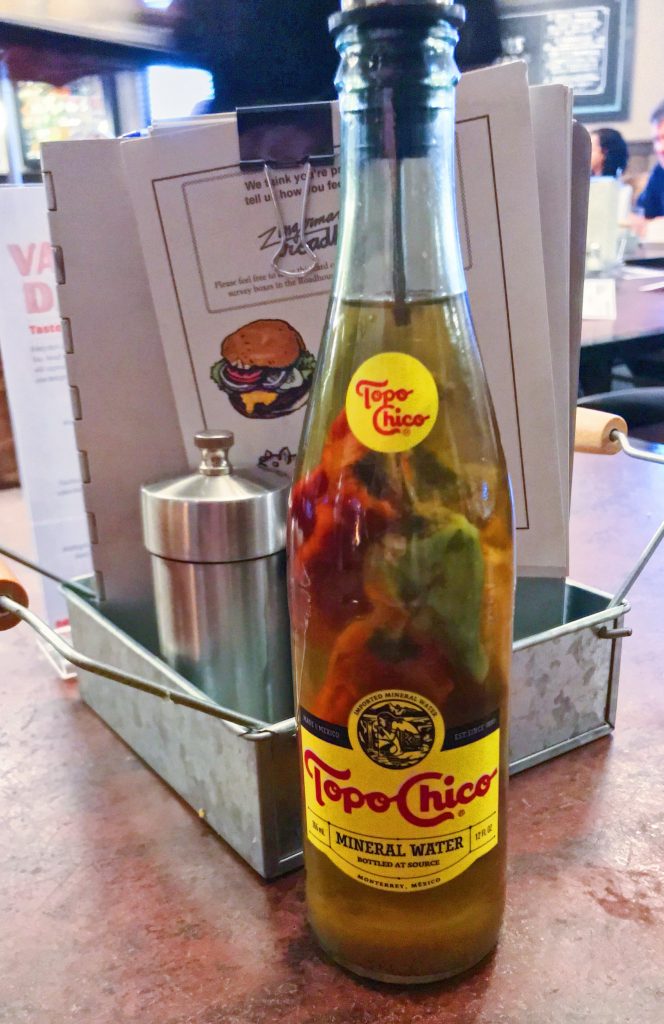 Now we could stop there, but what would a BBQ Blue Plate be without braised greens? They are a Southern favorite, and ours are a perfect pairing with our BBQ. Fresh locally farmed collard greens are slowly braised with bacon and ham hocks, bay leaves, thyme and black pepper, resulting in a vitamin-rich, tender side dish packed full of bacon flavor. You know those bottles we keep on the tables? They are full of red chili peppers marinating in cider vinegar. Add a dash (two, tops), and the pepper vinegar will really brighten the flavor of the greens.

For all you BBQ lovers out there, Thursday might be the best day of the week! Come on by, we will have a Blue Plate just for you.

Check out all of our Blue Plate Specials!!